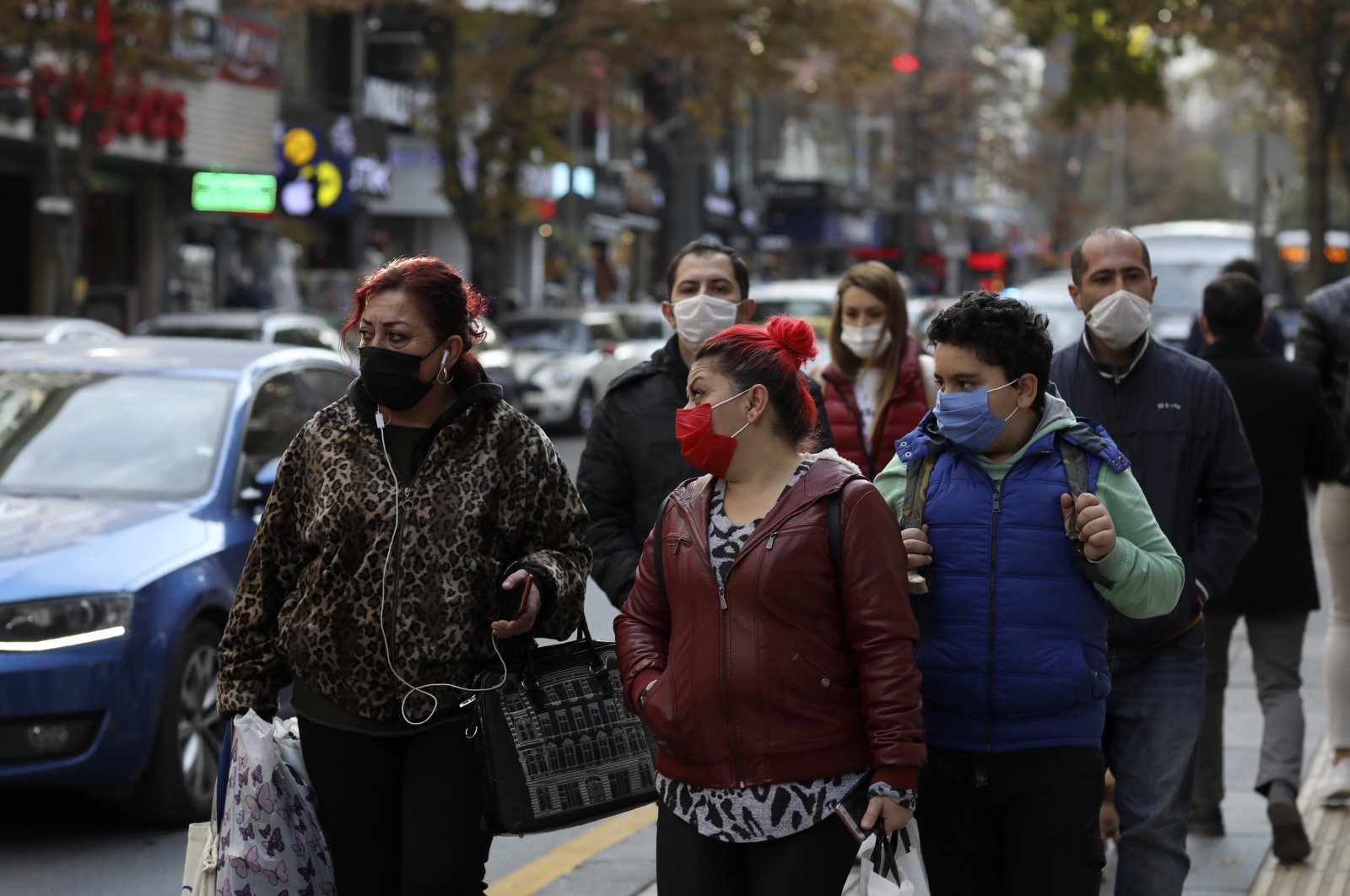 Turkey introduced a nighttime curfew starting Tuesday as coronavirus cases show no sign of dwindling. It also extended the scope of weekend curfews, which were reintroduced two weeks ago after a long hiatus.

Hours after President Recep Tayyip Erdoğan announced new measures after a Cabinet meeting on Monday, the Interior Ministry issued orders to governorates in 81 provinces for implementation of the new restrictions.

From Monday to Friday, people will not be allowed to go out between 9 p.m. and 5 a.m., and the partial curfew imposed on weekend nights is now extended to daytime. A full-on curfew will be in place between 9 p.m. on Friday and 5 a.m. on Monday.

The measures come at a time when the overall tally of patients exceeded 500,000 on Monday and the death toll reached 13,746. Some businesses like grocery stores and bakeries will be exempt from curfews to prevent disruptions in supply chains. All other businesses, however, are ordered by the Interior Ministry to shut down at 8 p.m. every day. Supermarkets, butchers and grocery stores will be open on weekends between 10 a.m. and 5 p.m., and the public will be allowed to shop at the nearest such stores during the weekend curfew. Restaurants are also allowed to provide takeaway services between 10 a.m. and 8 p.m. during the weekend curfews.

Citizens 65 and older and those 20 and younger are barred from using mass transit under the new measures. Those age groups were already subject to weeklong curfews except a few hours during the day.

The Interior Ministry also required people traveling between cities in their own cars to receive a special permit for travel during the curfew hours.

The new measures also limit crowds at events and shut down potentially crowded venues like swimming pools, bathhouses and amusement parks. Local pandemic boards are authorized to determine the number of people allowed in shopping malls and marketplaces. Shopping malls are also required to ask for a special code for visitors and staff. The code can be received via an app that allows authorities to track positive patients. The boards can also restrict the number of people allowed to go in crowded squares and streets in each province. Funeral ceremonies and wedding parties will be limited to a maximum of 30 attendees, while meetings of neighbors or relatives in households and New Year celebrations are banned.

Authorities say the public’s compliance with measures is key in the fight against the pandemic in the absence of a vaccine. Yet, scenes of people ditching masks and social distancing measures have been quite common recently. The government has stepped up inspections across the country with routine patrols by police officers. Those violating the mandatory mask rule and businesses ignoring measures against COVID-19 are subject to fines. The Interior Ministry announced on Tuesday that four days of inspections last week ended with fines handed down to 135 shopping malls, while criminal complaints were filed against the administrations of 18 shopping malls that repeatedly violated measures. More than 18,000 people were fined between Nov. 26 and Nov. 29 for not wearing masks, while legal action was taken against more than 3,600 repeat offenders. Inspectors check everywhere but focus on crowded marketplaces and mass transit vehicles, which pose a greater risk for infections.