No 2nd wave, no decline in coronavirus cases in Turkey, minister says 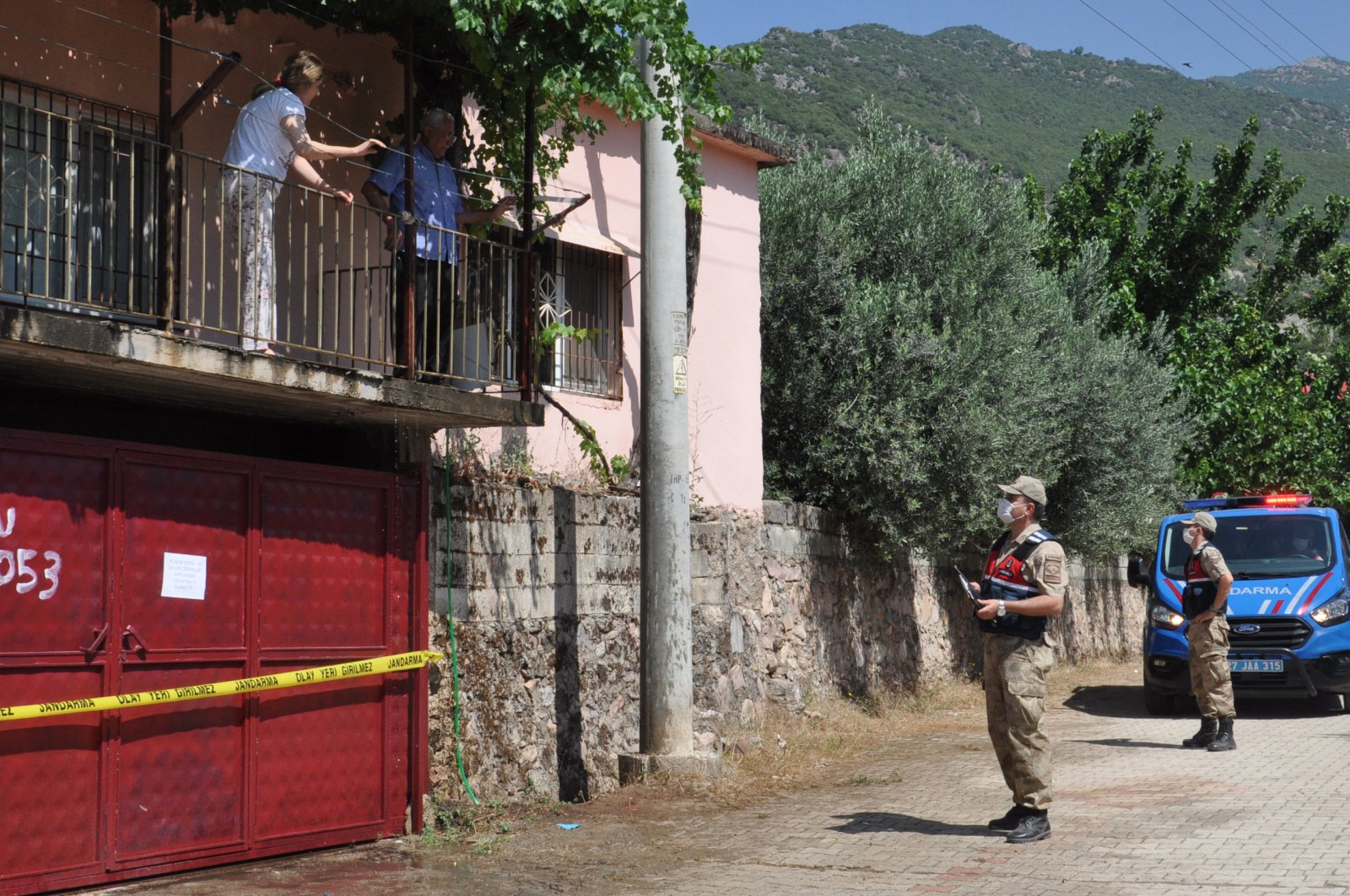 Gendarmerie troops talk to residents of a house placed under quarantine after a COVID-19 case was detected in the neighborhood, in Gaziantep, Turkey, June 25, 2020. (DHA Photo)
by DAILY SABAH Jun 24, 2020 7:24 pm

Turkey is not undergoing a so-called “second wave” in coronavirus cases, Health Minister Fahrettin Koca said. However, the minister also warned that there has been no decrease in the spread of the coronavirus over the summer

A second wave or the phenomenon that a new surge will be seen in COVID-19 cases after the number of cases die down does not apply to Turkey, the country’s health minister said. Turkey had its share of upward and downward trends in coronavirus cases, but it is still in the first wave, said Health Minister Fahrettin Koca. He called on the public to be careful, adding that a decline is not evident yet in the spread of COVID-19 infections.

"There is no scientific evidence that the virus has a reduced ability to make patients sick,” Koca told a press conference in the capital Ankara Wednesday night after a meeting of the Coronavirus Science Board.

During the press conference, he stressed that the rise in cases across the world served as a warning to the country about the need to extend measures. Giving up on masks despite illnesses would compromise such measures, Koca said, noting the recent announcement that wearing masks outdoors is now obligatory in a total of 62 of Turkey's 81 provinces. The summer heat, in particular, is making it hard to wear a mask outdoors, he admitted but stressed that the measure was for the country's well-being.

“Despite an increase in confirmed COVID-19 cases, the need for intensive care units has decreased,” he said and stressed that the average age of people needing intensive care having been intubated or lost their lives has risen from 71 to 74. “Even if our young people do not need to be hospitalized, the risk of transmitting to elderly citizens, especially those with chronic diseases, is very high.” It cannot be said that the effect of the virus has decreased but that the early approach to the treatment has resulted in a more positive outlook, the minister said.

In response to a question on whether Turkey was experiencing a second wave of the virus in light of the rising number of confirmed cases, Koca said: “We are still seeing the effects of the first wave.”

Relaying the daily numbers for Turkey, the minister stated that the daily toll fell slightly and stands at 24, while the confirmed cases remain at 1,492. A total of 53,486 tests have been carried out in the last 24 hours, while 1,386 people have recovered from the virus.

Regarding the development of a vaccine, he said that studies were progressing at a good pace but that it seemed unlikely to proceed to clinical trials before September or October. There have been talks with Russia and China in regard to working together in the clinical trials.

Meanwhile, he said that the committee had no plans for restrictions over the entire country, but depending on provinces, cities and districts, restrictions "are and will be introduced depending on the situation."

As for the claims that the virus is mutating Koca said: “So far, there is no information that there is a concrete, scientific mutation. We know that there are different types of viruses.” A mutation could always happen, but there is no concrete information at the moment, he stressed.

More freedom for the elderly

People at the age of 65 and above, who were subject to strict restrictions due to pandemic, felt some relief as the Interior Ministry announced Thursday that they could now go anywhere with a travel permit if they do not suffer from a serious health condition. A touristic travel permit will replace another permit which allowed them to travel to another city under the condition they stay there for at least one month. Senior citizens have been confined to home for months before the government first allowed them to go out for certain hours for one day in a week. As the normalization process gained momentum, they were allowed to go out with an 8 p.m. curfew.

Now, senior citizens can travel together with six relatives – all required to be age of 65 or older – or alone. Permits will be received from a government website and applicants are required to upload a copy of their hotel reservation, summer residence contracts or any similar documents proving they are traveling for vacation.

Nevertheless, the risk is still there for senior citizens in the “new normal,” experts warn. Professor Mehmet Ilkin Naharcı, a geriatrics expert from Health Sciences University, says senior citizens should “absolutely” protect themselves amid the normalization process. Naharcı told Anadolu Agency (AA) that the elderly remain in the high-risk groups and should not drop their guard as Turkey eases more restrictions. “The infection risk rose again as restrictions on social life lifted. They can reduce the risk by heeding social distancing, avoiding crowded and enclosed spaces and wearing a mask while going out,” he said. He says the elderly needed regular exercise, and they can do it outside by following these rules.

Germany’s controversial warning against travel to Turkey during the pandemic drew the ire of millions of Turkish expatriates in that country, but they continue traveling to their homeland. Kapıkule border crossing in northwestern Turkey, the mainland gateway from Europe, saw a steady stream of expats, mostly descendants of migrant workers who settled in Germany decades ago.

Arriving in cars, expatriates enter Turkey under strict measures. Their cars are disinfected while they have their body temperatures screened. Some travelers also undergo COVID-19 tests. Officials say more than 40,000 people crossed into Turkey via Kapıkule in June while more than 25,000 others left.

Turks living in other European countries have also ventured over the border crossing. Two expatriates heading to the central city of Konya, who met in Germany for travel after arriving from Finland and Sweden, told Ihlas News Agency: “Of course, we were a bit reluctant because of coronavirus. We didn’t know if something would happen on the road if we would be allowed into Turkey, but our longing for our homeland outweighed these concerns. If we were to be infected, we want to be infected in our homeland,” one of the expatriates who did not give his name said.

Germany has a travel warning in place until Aug. 31 for more than 160 countries outside the EU. The German government, along with 130 other countries, also classified Turkey as a coronavirus risk area earlier this month.