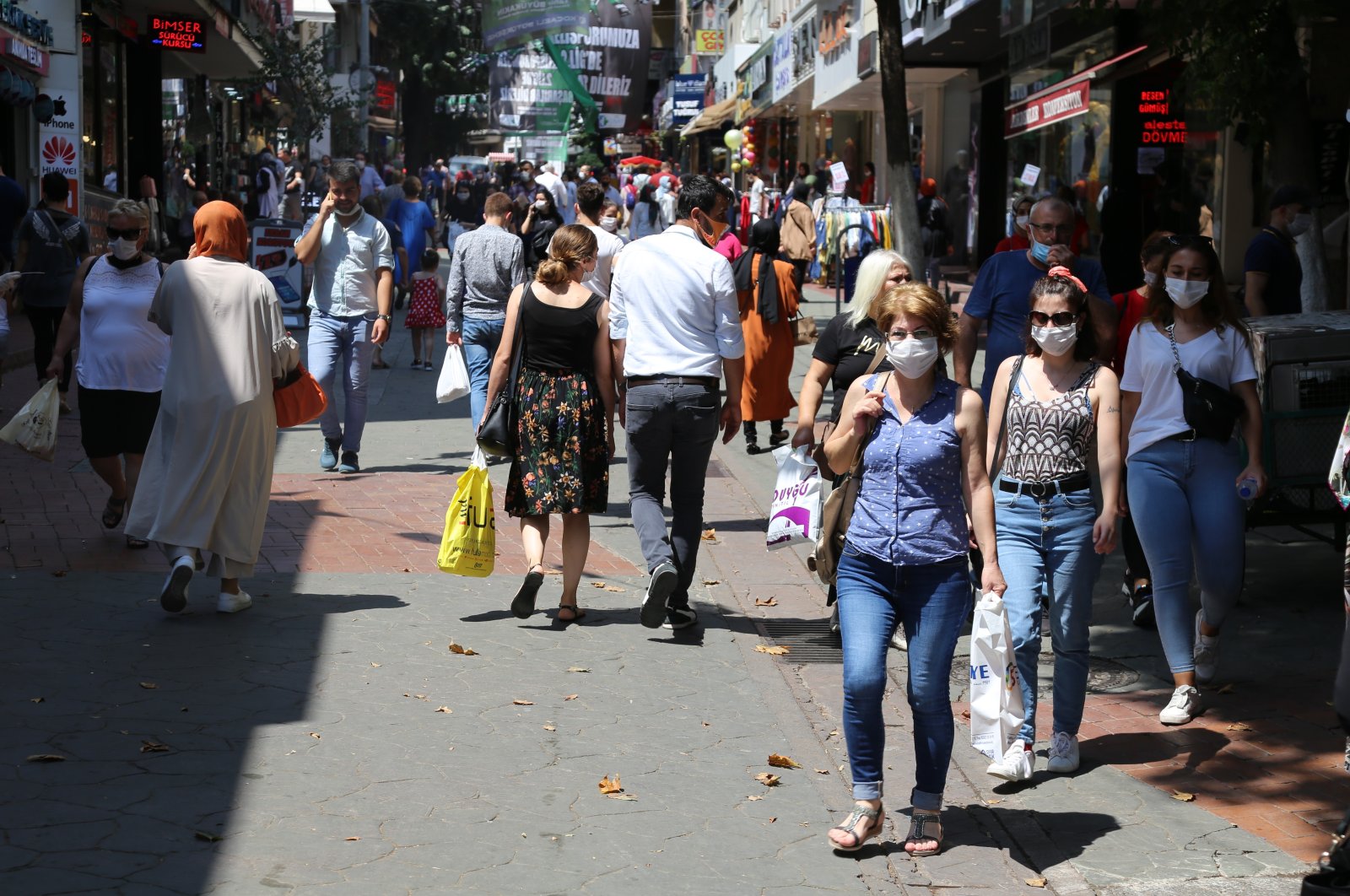 Though new COVID-19 cases have dropped in Turkey, experts have warned the public not to engage in risky behavior in during the upcoming Muslim holiday Qurban Bayram and to offer their bayram greetings online

Qurban Bayram, or Eid al-Adha, the Muslim festival of sacrifice, is one of the busiest holidays in Turkey. But like everything else, the coronavirus pandemic has scaled it back. The government is not considering imposing a curfew for the four-day holiday, which will begin on July 31. Nevertheless, experts urge the public to proceed with extreme caution during the holiday, which usually sees mass movement of people going to vacation resorts and hometowns and clusters of people gathered to slaughter sacrificial animals.

Professor Mustafa Necmi Ilhan, a member of the Health Ministry’s Social Sciences Board responsible for tackling the social impact of the pandemic, has called on people to avoid visits to families and relatives, a staple of the holiday. The elderly often complain that their children and grandchildren prefer exchanging bayram greetings over the phone instead of visiting them but with the outbreak lingering, they may have to agree with Ilhan’s advice. Ilhan told Anadolu Agency (AA) on Wednesday that the public should go online instead of making in-person visits to limit the risk of infection. Certainly, the population will be freer than they were during the previous Muslim holiday, Ramadan Bayram, also known as Eid al-Fitr, which was marked in May under a curfew. Yet, the need to follow the rules prevails. Authorities and experts have repeatedly called on the nation to wear face masks as protection. It has also asked the public to maintain social distancing in crowded spaces or keep at least 1.5 meters (about 5 feet) away from each other, as well as paying attention to personal hygiene. The same rules apply during the holiday too. Ilhan said that in the absence of a vaccine, the only solution to avoid infection is to follow the current rules of protection. “Crowded areas aggravate the number of cases, and people should be careful during the upcoming bayram. You don’t need to take extra measures but should stick to wearing a mask, social distancing and hygiene rules, as you should do now,” he said.

Ilhan called on the public to avoid visits during the holiday. “Certainly, it cannot replace face-to-face meeting with your loved ones, but you should prefer online greetings instead of visiting each other’s homes,” he said. If you have to visit, you should have only one other person at the home you visit, he added. “Hosts, if they accept guests, should not accept a new guest when they are already hosting one. You should keep visits short and be careful about social distancing in the house you visit,” he noted.

The latest infections raised the tally of COVID-19 cases nationwide to 221,500, Koca said on Twitter, citing Health Ministry data. The total death toll in the country rose to 5,526. Meanwhile, 1,009 coronavirus patients recovered, bringing the total to 204,011. "In the last three days, the number of cases with pneumonia has decreased in 71 provinces, and there are no intensive care patients in 21 provinces," Koca said in his daily tweet on the coronavirus outbreak in the country.

Compliance with measures has paid off. Osman Bilgin, the governor of the northwestern province of Kırklareli said that it was the measures that decreased the number of cases to one. Bilgin himself was infected with the coronavirus but has since recovered. “We did not underestimate the pandemic and since day one, we have always been cautious,” Bilgin said. The province, which has a population of more than 360,000 people, reported either zero or one case in the past three days. “We are among the most successful provinces in the fight against the COVID-19 outbreak. With all measures in places and having people required to wear masks, we managed to reduce the number to one,” he told AA on Wednesday. People’s overwhelmingly positive response to measures played a role in decreasing the cases. “For instance, we see people complying with mask, social distancing and hygiene rules in social gatherings like wedding parties. Our security forces also conduct routine inspections to monitor compliance with rules. We have 20 teams solely formed to inspect restaurants, parks and sports hall,” Bilgin said on some measures his governorate has taken.

Turkey, which struggled to curb the surge in cases since the first case was reported in March, has fared well compared to other countries and owes its success to the efforts of health care workers. Professor Ceyhun Elgin, a Turkish academic who returned to Turkey from the U.S. on an evacuation flight, offered his praise for Turkey’s efforts after comparing them with the U.S.' health care system. Elgin was living in New York with his family when he was diagnosed with COVID-19. The family decided to move to a rural area after the increase in COVID-19 cases in New York, but they could not escape. First his wife, then his mother and finally Elgin himself tested positive for the virus in April. He told AA that it was difficult to find masks at first after pharmacies ran out of masks as well as sanitizers. “We had medical insurance, but it was hard to reach a doctor. You have to make a video call to the doctor and it is only after the doctor approves your request that you can visit him or her to take the test," he said. Elgin remembers his days with the virus as “the most serious disease he suffered in his life.” “There was unbearable muscle pain. I had a high fever and my heart was beating very fast. I did not have a cough or respiratory problems, but the fever and fatigue caused weight loss of about 5 kilograms,” he recounted. After the family recovered, they returned to Turkey in May. Like other evacuees from abroad, they were accommodated at a student dormitory. “We stayed at a dormitory in Ordu (a northern Turkish province), and we were cared for very well during the quarantine period for evacuees,” he said.

“The pandemic showed how important it is to have a social state and good health care. The health care system is part of the social state in Turkey but in the U.S., you do not have public hospitals. Everything is run by the private sector. If you do not have private health insurance, you have nothing. Employers are not obliged to pay for your insurance,” he said. Elgin’s mother only had travel insurance and as it did not cover the coronavirus, his mother was asked to pay for a five-day bill for staying at a hospital, which amounted to about $30,000. “In Turkey, ambulances take you to the hospital for free, but you have to pay for that in the United States. Turkey has been successful in measures against the pandemic and I appreciate the efforts of health care workers,” Elgin said.