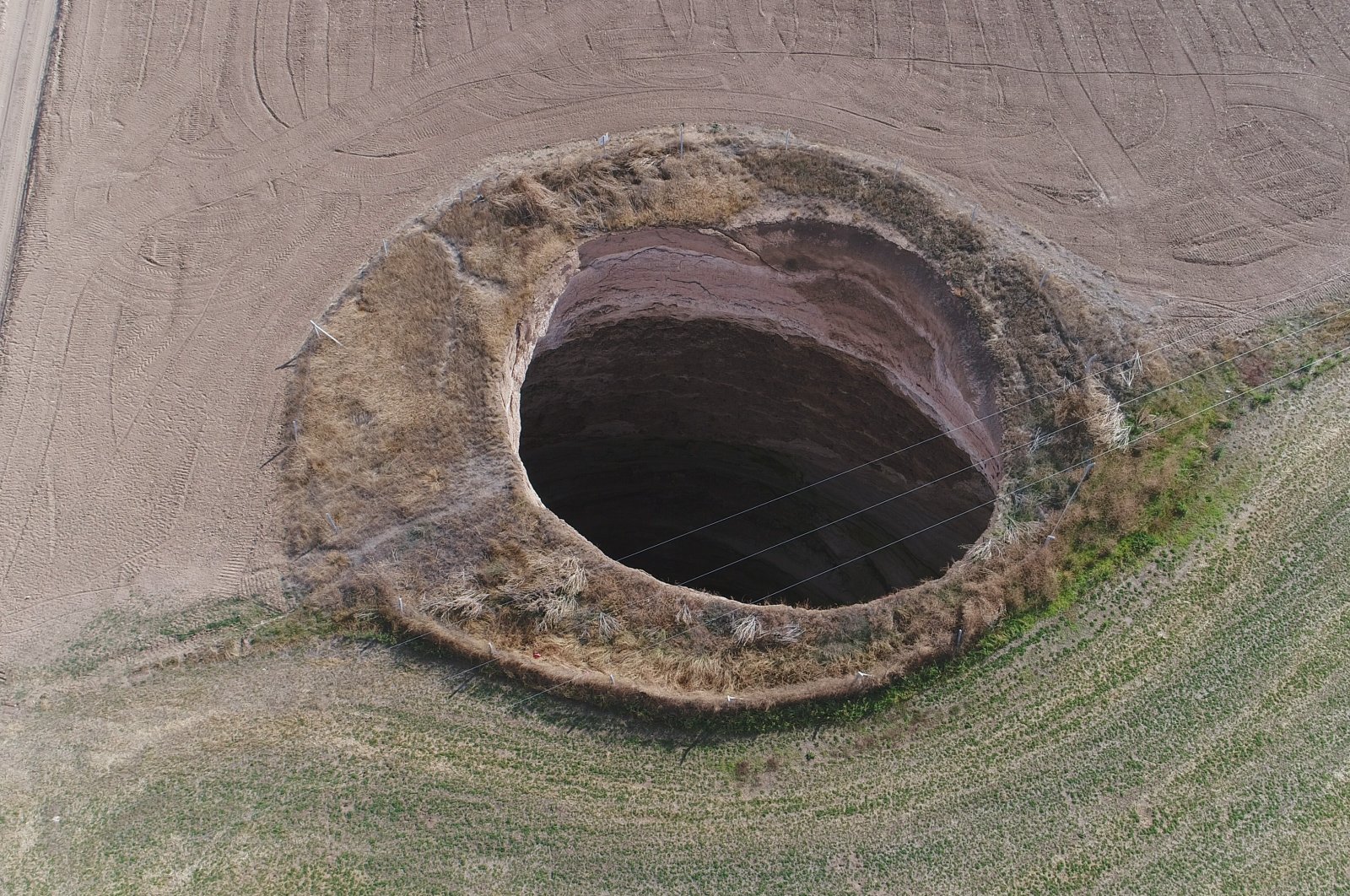 The outlook is grim for Konya Plain, a massive stretch of land in the eponymous province viewed as Turkey’s breadbasket. The number of sinkholes, which was only 600 in January 2021, has now reached 2,000, experts say, amid concerns over more formations.

Most emerge overnight and no casualties or damage have been reported so far, but Arık warns the risk is becoming higher. The center he leads cooperates with the Disaster and Emergency Management Presidency (AFAD) for measures against sinkholes, which vary in size but are large enough to pose a risk.

Sinkholes far from residential areas or fields often go unnoticed if they are not big enough in depth and size. The sinkholes were initially mostly concentrated in the Karapınar district. Experts now detect more in other districts. Along with sinkholes, huge cracks reaching up to 1 1/2 meters (5 feet) deep but stemming from the same factor creating sinkholes have emerged in the region.

“They used to be more common in mountainous areas, on elevated ground, in the past, when the groundwater levels were higher. But their location shifted to lower ground when the levels dropped. As a matter of fact, the majority of sinkholes (that have) emerged in the past few years are near the places where people live and some even damaged houses, vehicles and stables,” Arık told Ihlas News Agency (IHA) on Tuesday.

He says sinkholes are not exclusive to Konya in Turkey and added that it was a natural geological process. “We cannot stop this process but may intervene in one of the most important factors aggravating it: heavy use of groundwater. There are thousands of water wells in the basin and though most are licensed and we have data (for them), we don’t know how many thousands of others drain the groundwater. We only know for sure that the groundwater level is decreasing every year,” he added.

Another major factor worsening the situation is a lack of precipitation across the plain located in one of the most arid places in Turkey. Arık says the climate crisis and associated drought caused drops up to by 20 meters in groundwater sources, accelerating the formation of sinkholes.