Office in Turkey becomes a cozy home for 15 cats 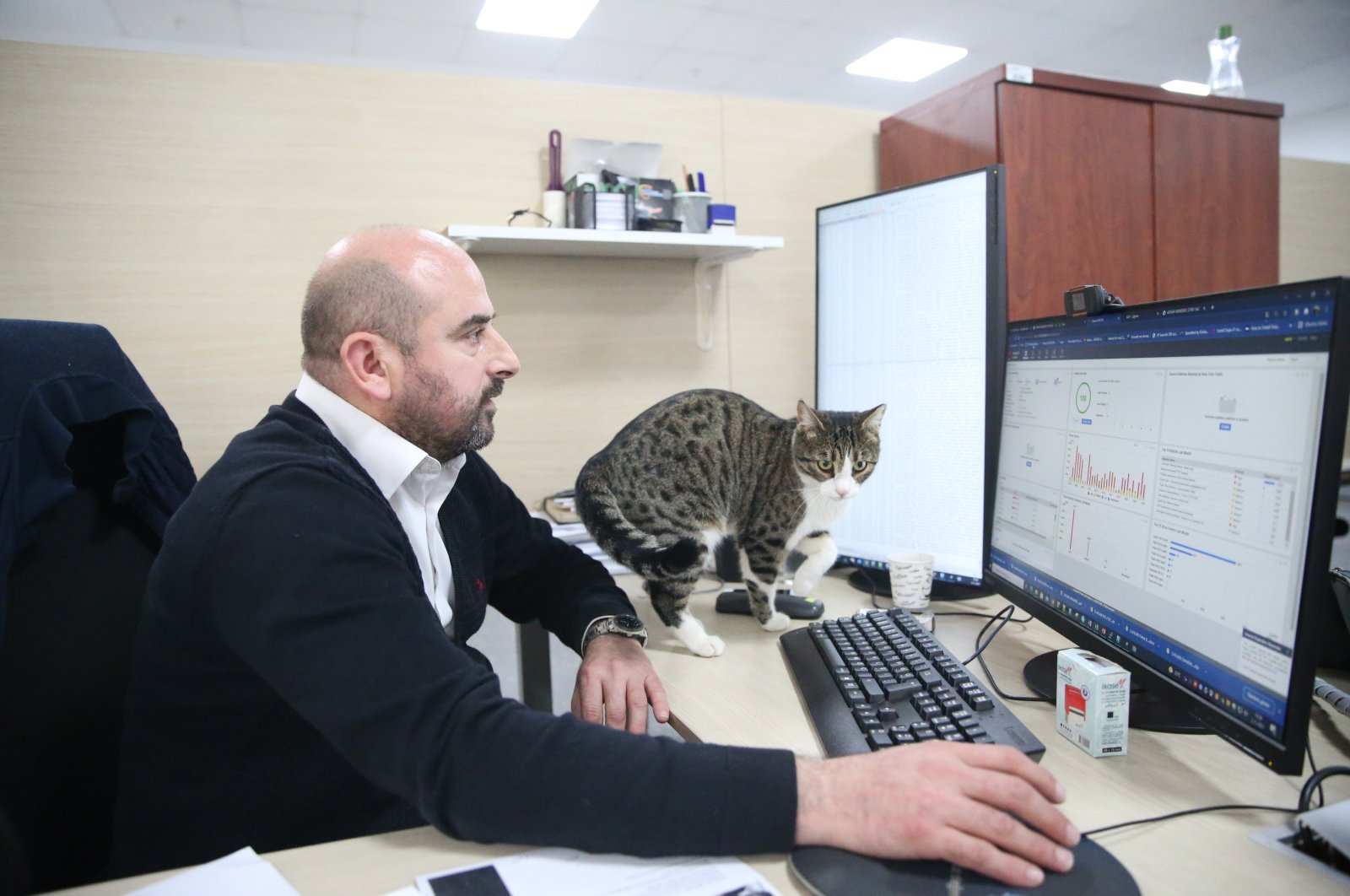 Finding a home may be tough for stray animals, but Hacer is lucky when it comes to her human caretakers. Indeed, the stray cat barely had to move from her original home, a construction site, to find her new abode.

When the workers left after the construction finished at the office building, she thought she would be alone. Instead, she found a place to freely roam and more company. The new occupants of the former construction site, now serving as the IT department of a university in western Turkey, turned out to be true friends.

Sinan Balcı, who heads the IT department of Adnan Menderes University in the western Turkish province of Aydın, was the first to adopt the cat in 2019 when he and others moved into the new building. When Hacer gave birth to six kittens, their place was ready: a wooden house built for them right outside the building.

Soon, six more stray cats joined them. Now, 15 cats call the building their home and rarely leave the maze of cubicles and computers inside the building, especially during cold weather. Some spend their days huddling on comfortable office chairs while others doze off on top of the cabinets.

The staff does not complain as cats look over their shoulder while they are busy at their desks. They also care for three stray dogs in the courtyard of the building, though the dogs do not come indoors.

Balcı told Anadolu Agency (AA) on Tuesday that they formed a solid friendship with cats. “It is like a therapy session to have cats here. They are good to cure workplace stress. The cats are always here and wait for us at the door every morning to get in,” he said. Balcı said visitors were surprised at first to see “that many cats” in the office, but they got used to it and some animal lovers even supplied them with food for the animals.

“They are part of the staff now. They start the day with us and leave the office when we leave. Sometimes, we have to go to other buildings inside the campus and they accompany us. We would never consider sending them away to an animal shelter. They were already here before we arrived,” he added.