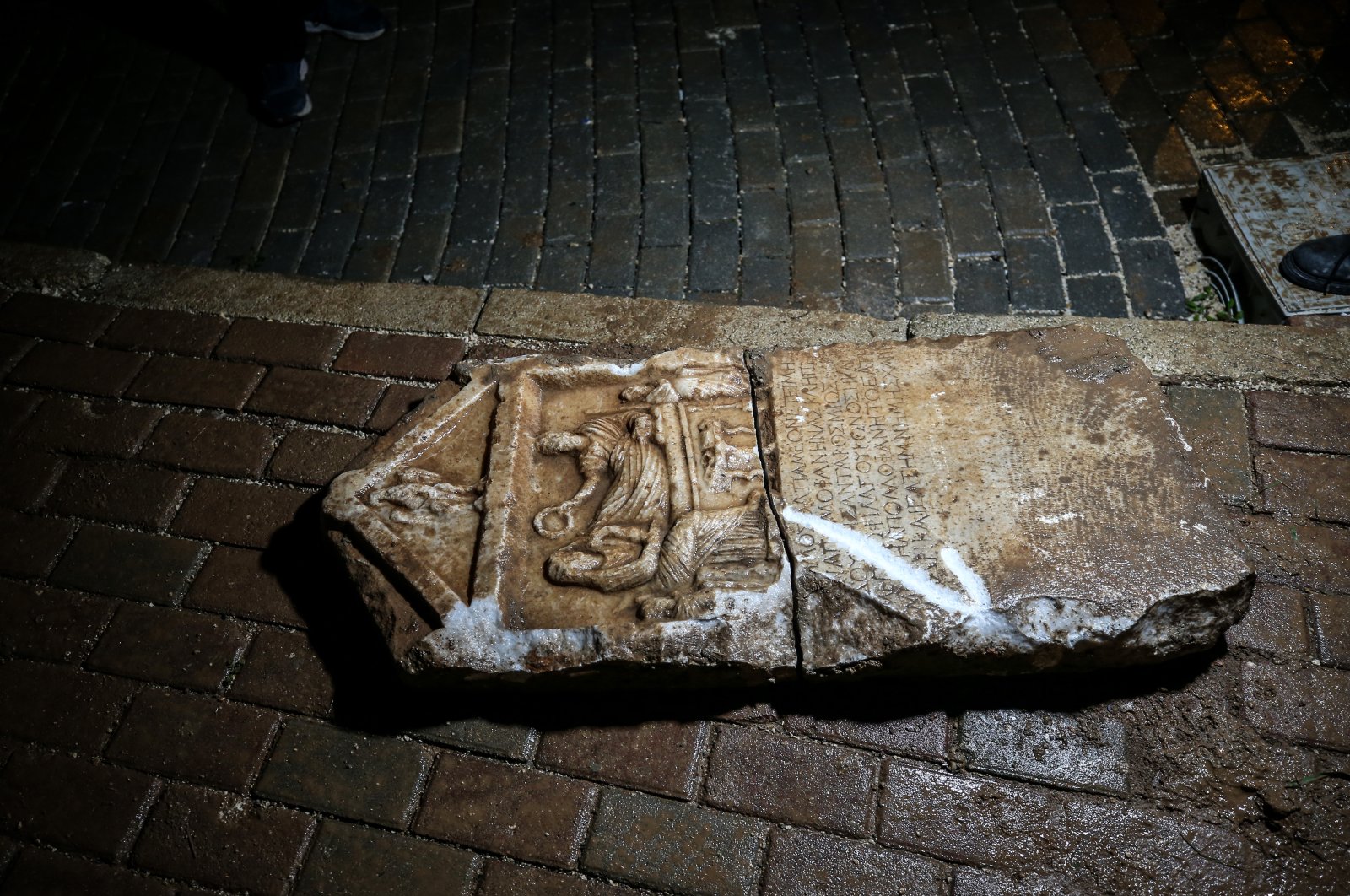 Erdoğan Tunaboylu does not fit the profile of a person whose favorite pastime is watching construction sites, but his attentiveness helped authorities uncover an ancient stele supposedly dating back to the early Roman era.

The young man was working from home in the northwestern province of Bursa on Wednesday and was occasionally glancing at the construction of a retaining wall outside his house in the Nilüfer district.

When the excavator digging up the site for the wall's construction unearthed a slab, none of the workers noticed it. Tunaboylu, however, took note of the find, and at the end of his workday, he visited the site and retrieved the discarded slab. He later notified the police, and the police in turn contacted the local culture office of the municipality.

Officials examining the piece say it may be up to 2,000 years old and could date back to the Roman era. The stele was taken to the Archaeology Museum of Bursa for further examination.

Speaking to reporters on Wednesday night, Tunaboylu said he was excited to glimpse the strange-looking slab while looking out from his balcony on the fourth floor. “There were two marble slabs half-buried in the soil. The first slab was a flat, ordinary one, but when I picked up the other one, I saw inscriptions and figures on it,” he said.