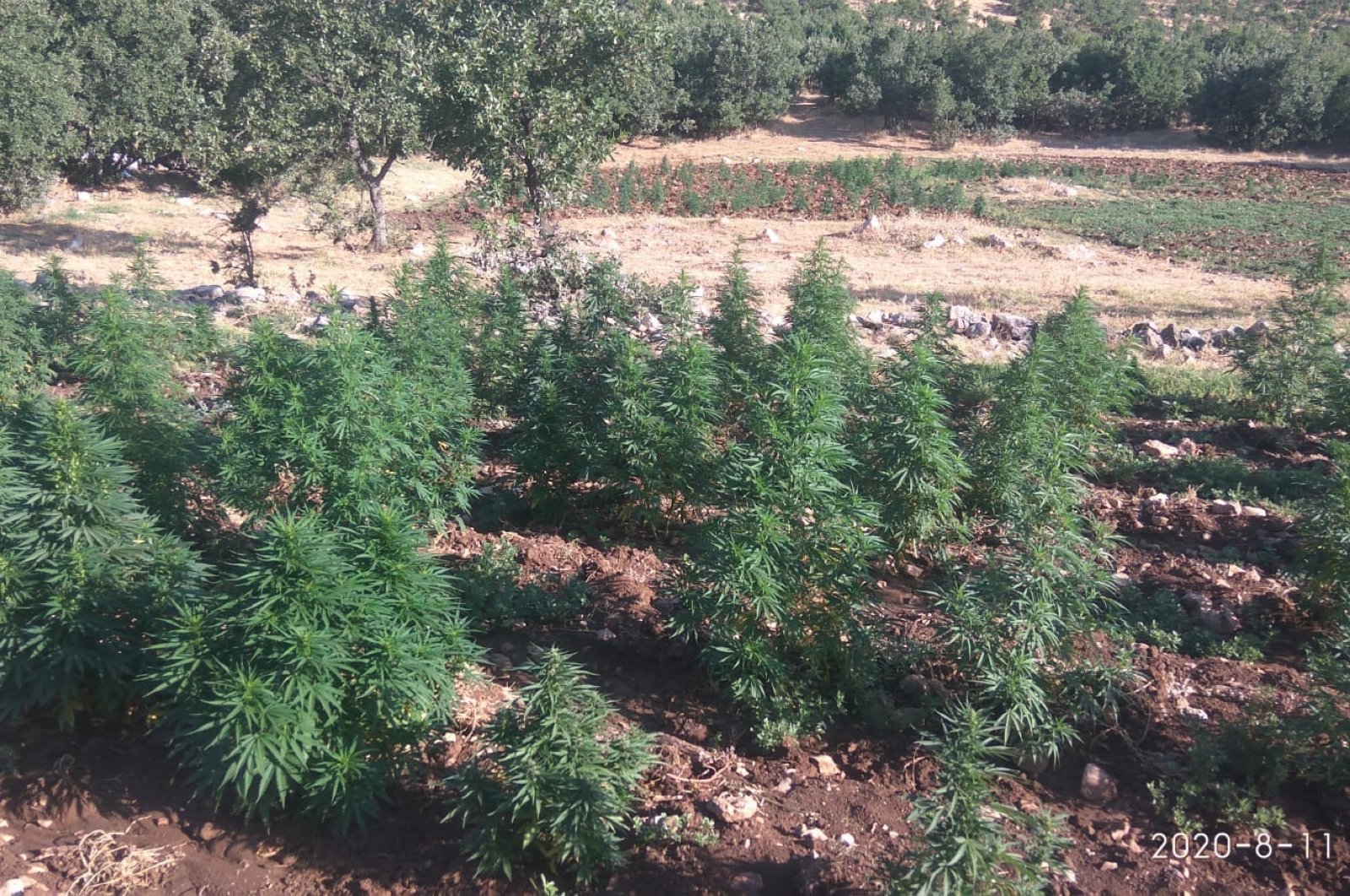 Security forces seized 1.1 million cannabis plants and 756 kilograms (1,666 pounds) of heroin in Lice, a rural area in the southeastern Turkish province of Diyarbakır. The seizure is among the biggest of its kind in recent weeks in Lice, which has been a drug hot spot.

Gendarmerie troops found the cannabis in a counterterrorism operation in Lice’s Kıralan and Yukarı Duru neighborhoods on Tuesday, the local governorate announced on Thursday. The operation against “narco-terrorism” aims to shed light on drug smugglers and producers with the terrorist group PKK which has long been active in Diyarbakır and the wider southeastern region. The cannabis plants were found in 13 different spots while heroin was discovered hidden in sacks in a land plot dotted with bushes. Security forces also discovered a long water hose hidden inside the cannabis fields for irrigation. Authorities demolished the plants by burning them.

The PKK has reportedly financed its terrorist activities through illegal drug trade as early as the 1980s, with Interpol estimating that up to 80% of the European illicit drug markets are being supplied by PKK-controlled trafficking networks.

Turkish authorities have been confiscating narcotic shipments owned or operated by the PKK since the 1980s. The terrorist group, which is recognized as such by Turkey, the U.S. and the European Union, is behind a terror campaign against Turkey under the guise of fighting for Kurdish self-rule. It has been responsible for the deaths of over 40,000 people in attacks concentrated in southeastern and eastern Turkey.