Over 300 kg of marijuana seized in southeastern Turkey 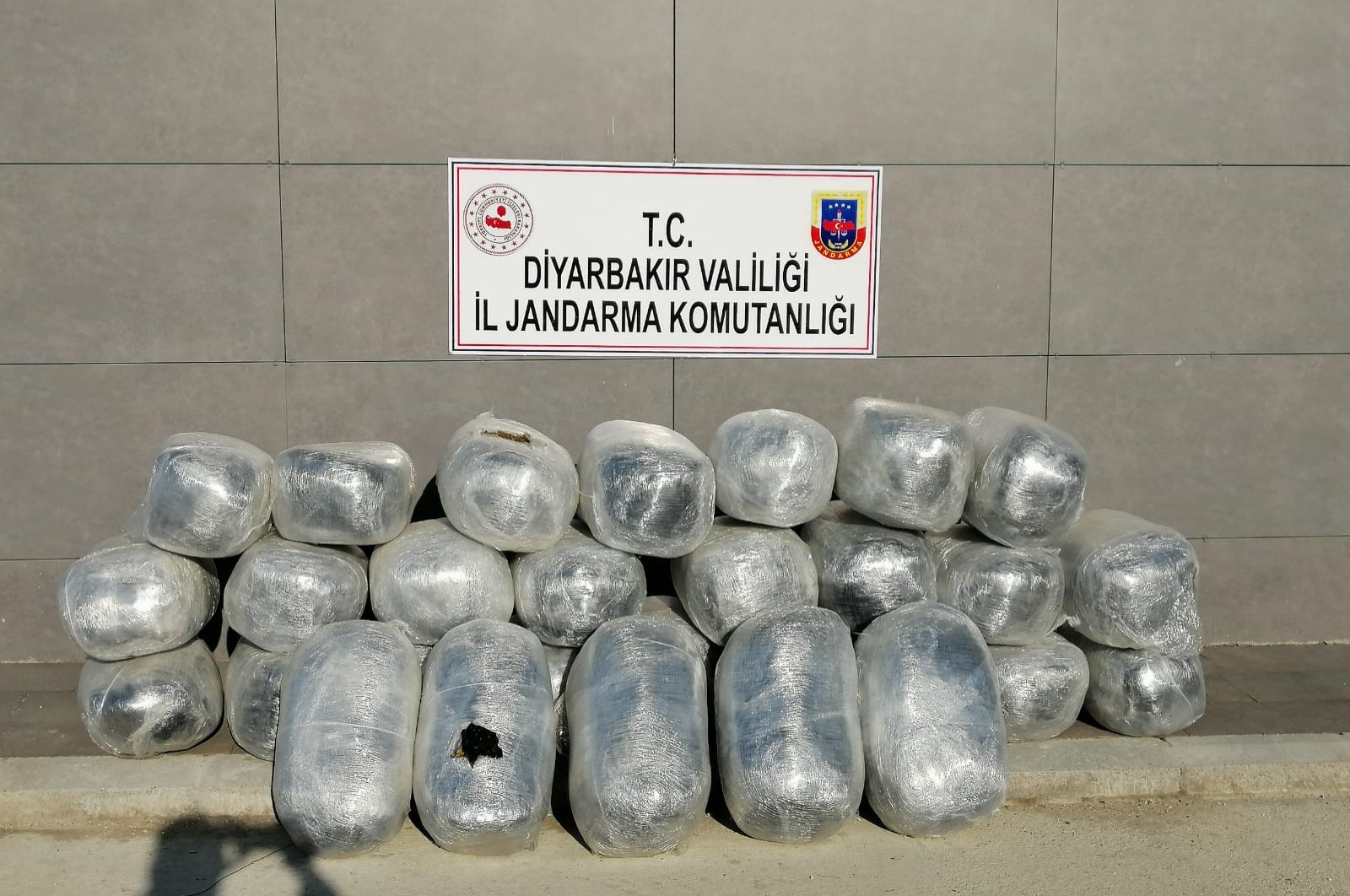 Security forces in southeastern Turkey's Diyarbakır have seized over 300 kilograms (661.39 pounds) of marijuana, officials said on Tuesday. Four suspects were arrested in connection with the drug haul.

Acting on a tip-off, the local gendarmerie forces carried out a counternarcotics operation in Diyarbakır's Hani district on April 13, the provincial governorate said in a statement.

It added that the marijuana was found in a car flagged for a check. It tried to flee but was eventually stopped. A thorough search of the car led to the recovery of 305 kilograms of marijuana and an unlicensed gun.

It was not clear whether the seizure is linked to the PKK, the terrorist group which is the main culprit behind the cultivation, sale and smuggling of drugs in the region.