Over 75% of Turkey's COVID-19 patients have recovered 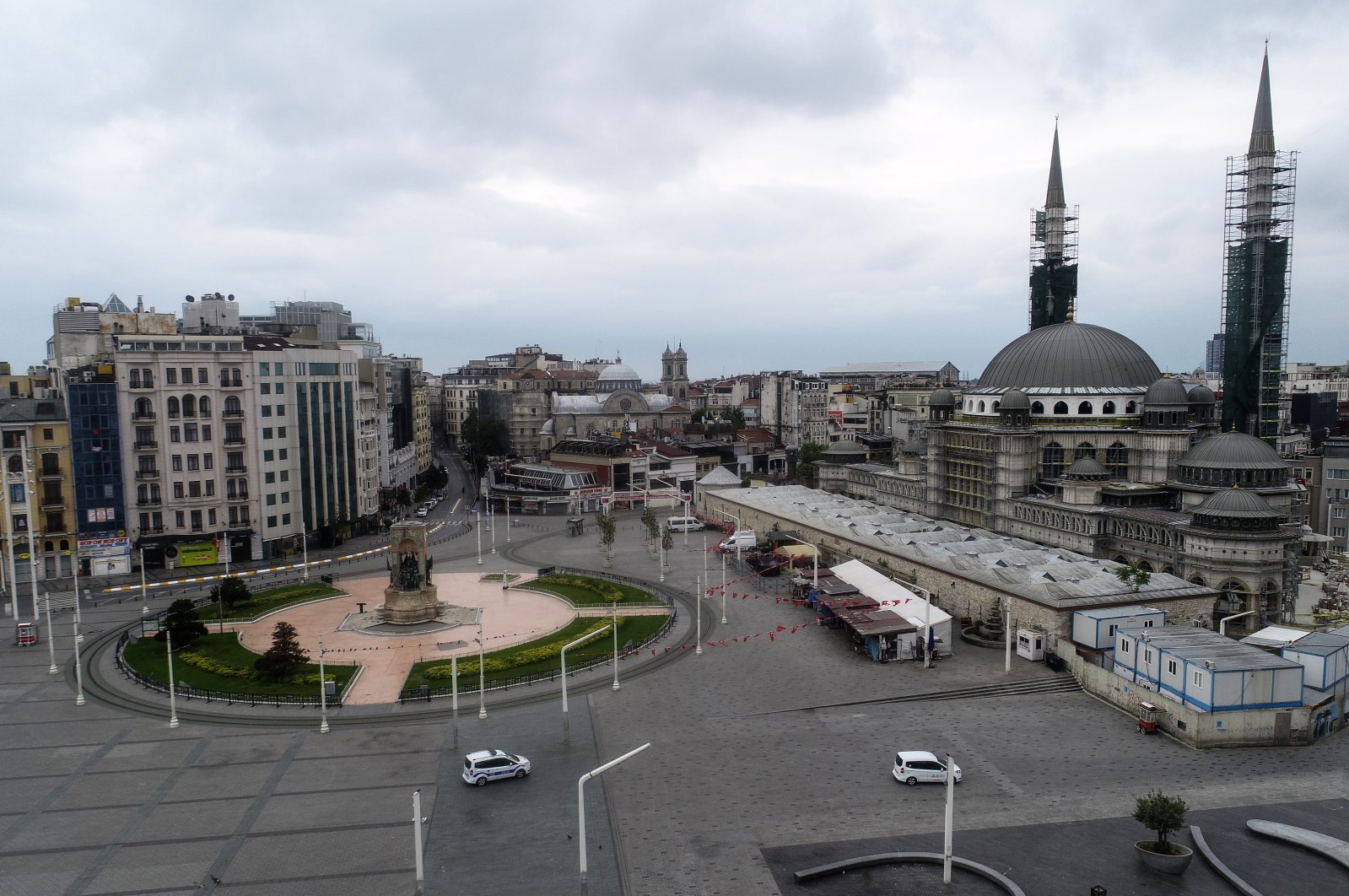 Istanbul's famous Taksim Square has been nearly empty since the beginning of the coronavirus lockdown in this undated photo. (AA Photo)
by DAILY SABAH WITH AA May 25, 2020 8:31 pm

The number of recovered patients from the disease hit 120,015 as 1,321 more were discharged from hospitals over the past day, Health Minister Fahrettin Koca announced late Monday.

That figure indicated that over 75% of all 157,814 patients have recovered so far.

Some 987 new cases were reported over the last 24 hours, Koca said.

The death toll from the outbreak rose to 4,369 as the country reported 29 new fatalities in the last 24 hours, according to ministry data.

Health care professionals performed over 21,400 more tests for the virus, raising the overall number to over 1.85 million.

Currently, some 756 patients are being treated under intensive care, the data showed.

Since first appearing in China last December, the coronavirus has spread to at least 188 countries and regions.

The United States, Russia, Brazil and several European countries are currently the hardest hit in the world.

The pandemic has killed over 345,000 people worldwide, with more than 5.45 million confirmed cases, while recoveries exceed 2.19 million, according to figures compiled by the U.S.' Johns Hopkins University.