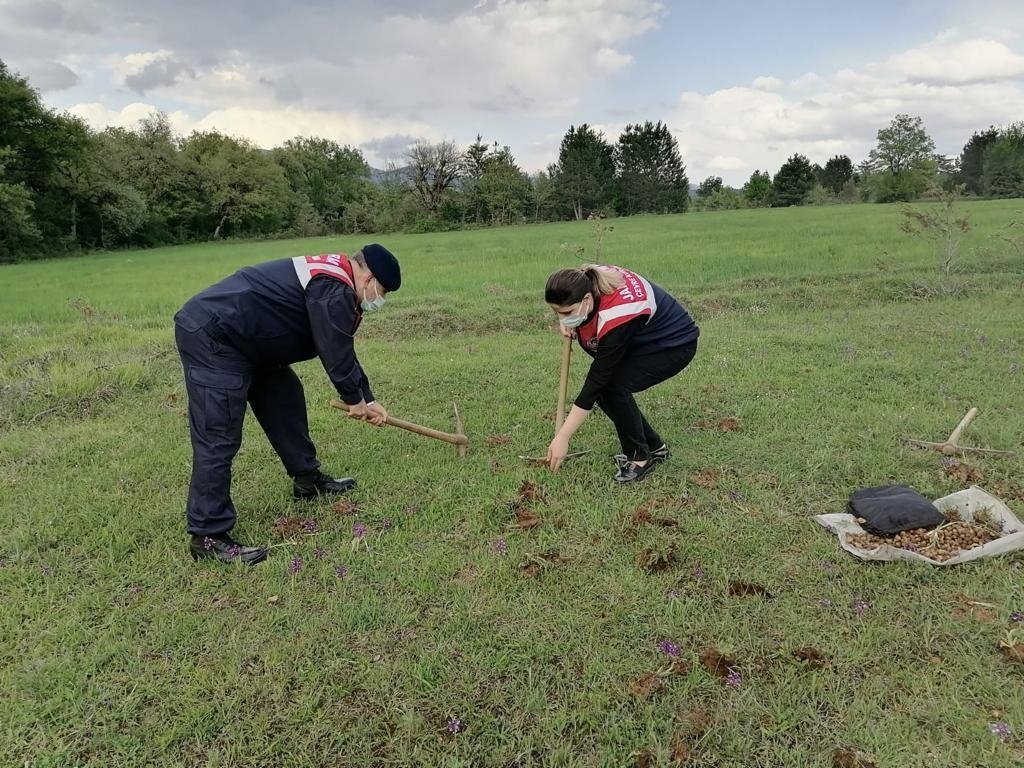 Rare and protected orchid bulbs in Turkey that are used to produce salep are again in danger. Four smugglers who illegally collected five kilos of bulbs were fined TL 321,860 ($38,356) in Bolu, northwestern Turkey on Wednesday. The salep bulbs have been replanted by official teams.

Official teams under the leadership of the Provincial Gendarmerie Command initiated an investigation after it was reported that orchid bulbs were illegally collected in the village of Teberikler in Bolu's Mengen district.

The investigation is ongoing.

Salep, also spelled sahlep or sahlab, is a flour made from the tubers of the orchid genus Orchis. These tubers contain a nutritious, starchy polysaccharide called glucomannan.

Salep flour is consumed in beverages and desserts, especially in the cuisines of the former Ottoman Empire, notably in the Levant where it is a traditional winter beverage.

An increase in consumption is causing local extinctions of orchids in parts of Turkey and Iran.

The bulbs of the plant have a high material value. For this reason, measures have been taken against the illegal gathering of plant bulbs.