Pandemic fails to change some Ramadan traditions in Turkey 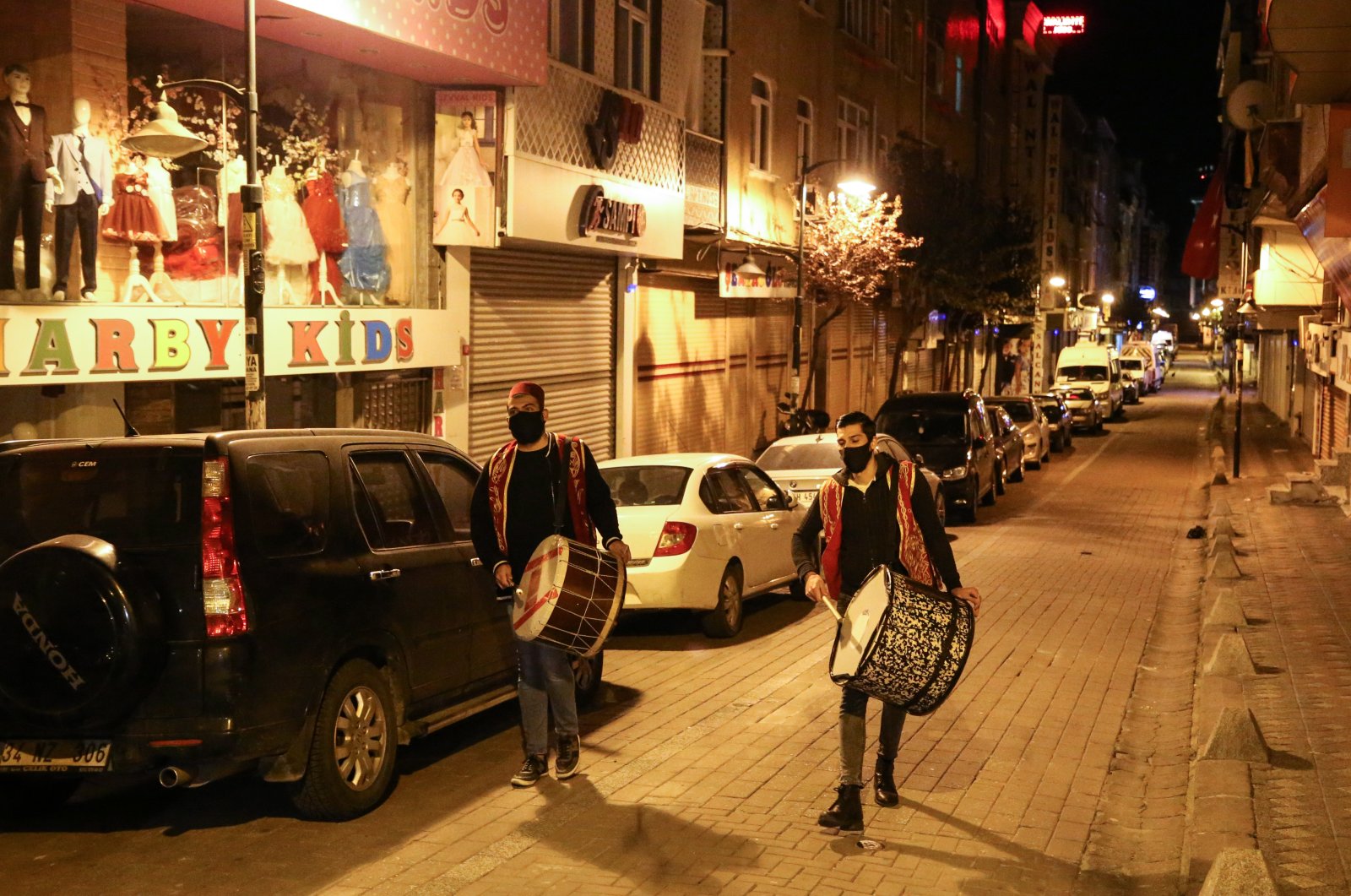 Turkey is going through unique times with millions at home and a curfew in place amid the COVID-19 pandemic. Like everything else, the pandemic affects the Muslim holy month of Ramadan as well, forcing people to cancel mass iftar dinners and congregational tarawih prayers in the evenings.

Yet, there are a few customs and people undeterred by the pandemic. Sure, they have to change their ways but drummers and mahyas, illuminated messages hanging between minarets, are here to stay.

Waking people up for sahur, the last pre-dawn meal before the start of the daily fast, has long been the job of drummers. Reciting short poems while monotonously beating a large drum, players were back on the streets early Friday, reminding people that the holy month had started. Streets were more deserted this year as the Islamic month started with a curfew against the outbreak. Gone were occasional workers returning from late shifts or people heading to bakeries for a hot loaf of bread for sahur. Drummers, who often work solo with one waking up a whole neighborhood, now wear masks with their traditional outfits and were ordered to keep a social distance if they work in pairs. They are also banned by the Interior Ministry from collecting tips from locals as they did in previous years. Mehmet Selçik, a drummer working in Istanbul’s Zeytinburnu district, says it is a once-in-a-year job for them and the pandemic had forced them to cancel the practice of going door-to-door for tips. “But people who want to tip do it now by placing it in a basket they lowered from their balconies,” he told Anadolu Agency (AA).


Mahyas have also returned for Ramadan. A centuries-old tradition of displaying religious messages, mahyas consist of light bulbs straddling between minarets, spelling out verses from the Quran, hadiths or sayings of the Prophet Muhammad. In line with this year's unexpected theme, mahyas spell out messages about the pandemic. “Be responsible, stay healthy,” “Life fits in the home,” “Stay home, stay healthy” were among messages dangling between minarets of Istanbul’s Eyüpsultan, Sultanahmet (Blue Mosque) and Yeni mosques as well as Bursa’s Ulu and Edirne’s Selimiye mosques.