Pandemic leads to uptick in smoking cessation rates in Turkey 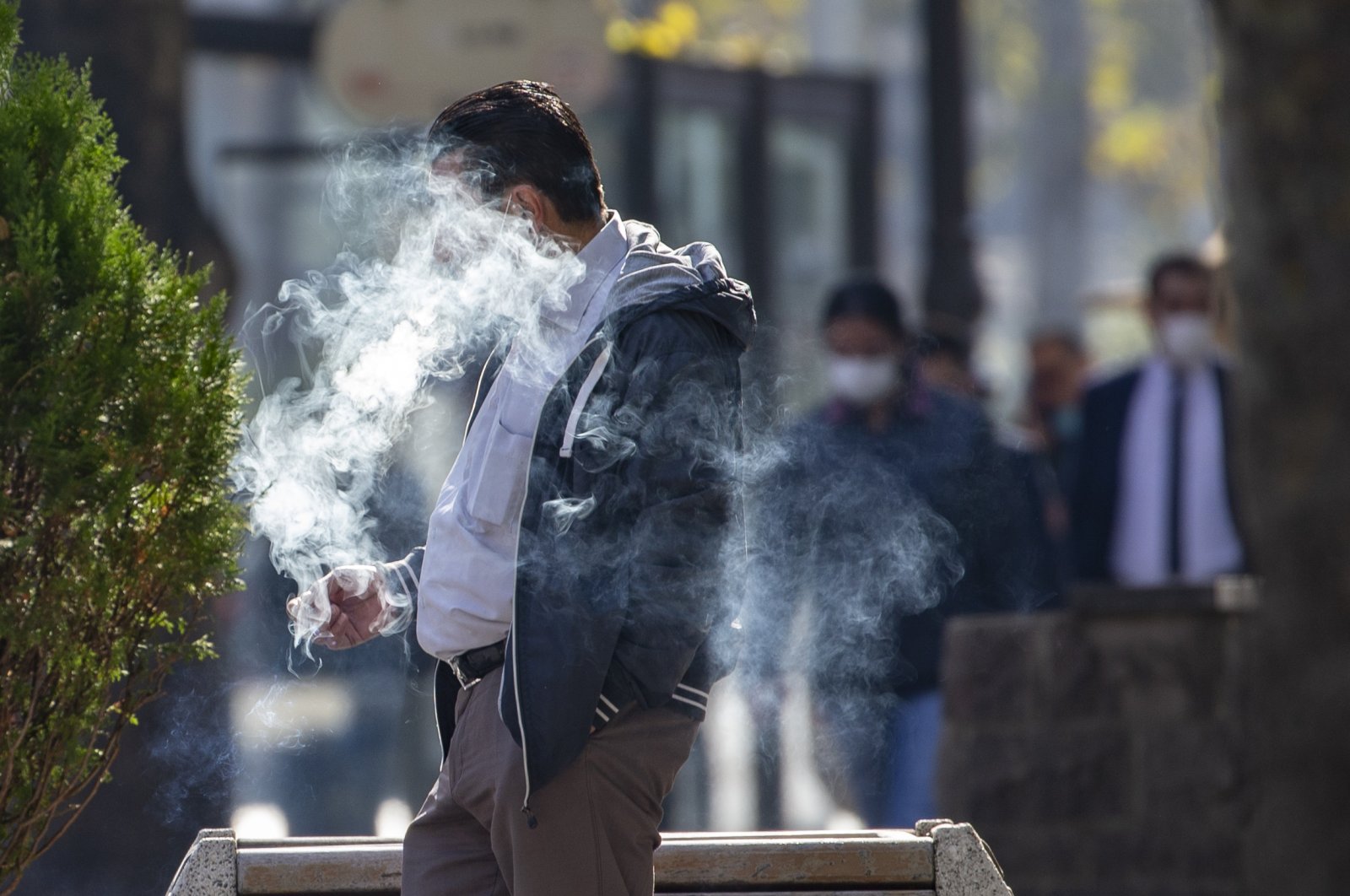 The coronavirus outbreak has led to an increased number of people looking to quit smoking, the Turkish Green Crescent (Yeşilay) said Wednesday.

According to a survey by the nongovernmental organization (NGO), one out of every 10 people who quit smoking over the last six months said they did so because of the COVID-19 outbreak.

The survey involved 2,500 people from 26 different provinces, with 62% of the participants being men.

Citing the survey data, the NGO said 25% of the participants said they were able to reduce the number of cigarettes smoked per day, even if they were unable to quit completely.

Of those who reduced their consumption, an overwhelming majority, 85%, said they believed their addiction to cigarettes would hamper treatment efforts if they were to contract COVID-19.

The exact effects of cigarettes on COVID-19 remain unclear as little research has been done on the topic but smoking is known to weaken the immune system, making it less able to respond effectively to infections.

Smokers may also already have lung disease or reduced lung capacity which would greatly increase the risk of serious illness.

A study of more than 1,000 COVID-19 patients published in the New England Journal of Medicine and reported by Reuters in February found that smokers – both past and present – fared poorly, with smokers comprising of more than 25% of those needing mechanical ventilation, admission to an intensive care unit or who have died.

Secondhand smoke isn't believed to directly spread the virus, experts say, but infected smokers may blow droplets carrying the virus when they exhale.

Following the resurgence of COVID-19 patients across the country, Turkey introduced a nationwide smoking ban on most outdoor places, including crowded streets, mass transit stops and town squares.

"Our research has shown that people were more willing to quit. This was an important find. Because, it shows if people can make an actual connection between smoking and their health, they get motivated to quit," Öztürk said.

Explaining that the organization has been carrying out campaigns about the dangers of second-hand smoke, especially during the pandemic, Öztürk said there was a noticeable difference in the youth's perception of the issue.

"Again, our research shows there is substantial awareness to risks of being exposed to second-hand smoke especially among younger and middle-aged population. Those who smoke have also begun to smoke their cigarettes in isolated areas without exposing people," he said.

Öztürk added that the NGO has been tirelessly working to increase cessation rates and that he believed the message was getting across, slowly but surely, as the rate of people desiring to quit smoking increased from 37% in 2017 to 58% as of late.

"Our research shows there is substantial desire to quit among people but they just don't know where to begin. That's where we come in. We show them how to do it."