Paris Agreement to take effect in Turkey on Nov. 10 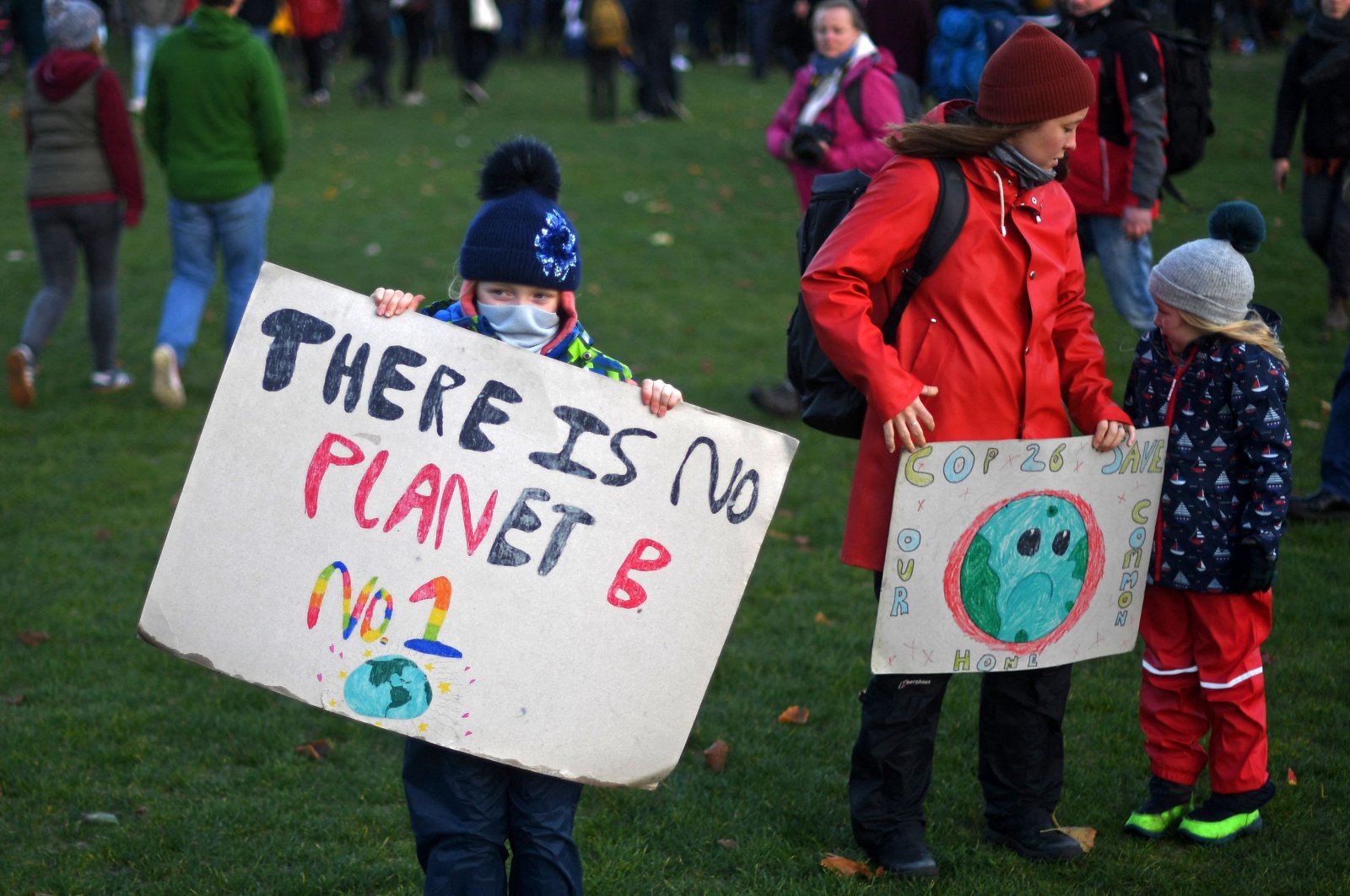 A young protester holds up a placard at a protest rally during a global day of action on climate change during the COP26 U.N. Climate Change Conference in Glasgow, United Kingdom, Nov. 6, 2021. (AFP Photo)
by Anadolu Agency Nov 09, 2021 12:41 pm
RECOMMENDED

The Paris Agreement will enter into force in Turkey on Nov. 10 with the aim of boosting the country’s international standing in the fight against climate change.

The agreement creates the legal environment that will ensure regulation in policies and laws in line with the goal of limiting the global temperature rise to 1.5 degrees Celsius (2.7 degrees Fahrenheit). Within this framework, Turkey will update its Nationally Determined Contributions (NDCs), the means by which each country every five years will showcase its efforts to reduce national emissions and adapt to the impact of climate change.

Under the legally binding agreement, Turkey, which had previously committed to reducing its emissions from a 21% increase by 2030, plans to update its NDCs containing emission reduction targets for energy, waste, transportation, buildings and agricultural sectors as a first step and submit it to the United Nations Secretariat.

It is expected that a road map will be created for the country's target of achieving net zero emissions by 2053.

In September this year, President Recep Tayyip Erdoğan announced that Turkey would become a party to the Paris Agreement at his speech at the U.N. General Assembly. On Oct. 6, the Turkish Grand National Assembly approved the agreement.

As of Nov. 10, the 30th day after the approval notification to the U.N. Secretariat, the agreement comes into effect, confirming Turkey as the 192nd country to be a party to the agreement.

Commenting on Turkey's ratification of the Paris Agreement, Patricia Espinosa, executive secretary of the U.N. Framework Convention on Climate Change (UNFCCC), said exclusively that she was cautiously optimistic about Turkey's participation at a political level.

She said Turkey, with its big economy, is an important country in the international arena, and its contribution to the fight against climate change is very important in all areas covered by the Paris Agreement.

"We, as the International Energy Agency, support Turkey's steps to put the Paris Agreement into effect," he said.

Kadri Simson, the European Union Commissioner for Energy, stated that every country that commits to the agreement and fulfills its commitments benefits in terms of job opportunities and economic growth.