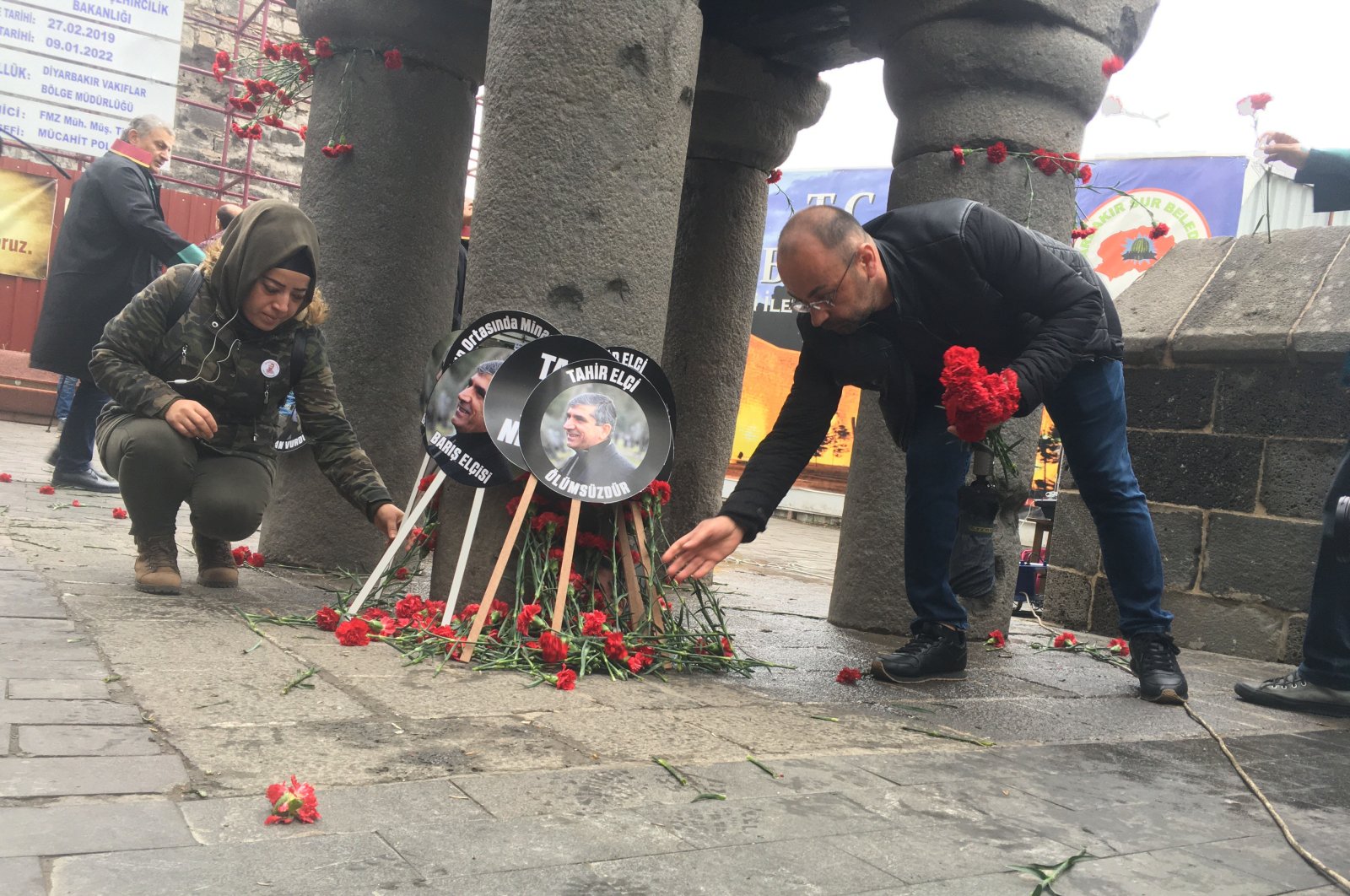 Prosecutors are seeking prison terms for a PKK terrorist and three police officers in the death of Tahir Elçi, head of Diyarbakır province's bar association, who was killed in a bizarre shootout in 2015.

Elçi was holding a news conference on the street when a group of police officers pursuing two terrorists on foot passed by the scene on Nov. 28, 2015, in the southeastern province of Diyarbakır. Shots fired in the ensuing shootout between the terrorists and police officers killed Elçi, in addition to police officers Ahmet Çiftaslan and Cengiz Erdur, who had joined the pursuit.

The incident came at a time of heightened PKK attacks in the region and it made national headlines because Elçi was a critic of the attacks but had also been accused by prosecutors of supporting the terrorist group.

The indictment released by the Diyarbakır Chief Prosecutor’s Office on Thursday says the investigation into who shot and killed Elçi remains inconclusive but blames both the officers and the terrorist, Uğur Yakışır. Yakışır’s accomplice, Mahsun Gürkan, was killed in another shootout with security forces one year later.

According to the indictment, Yakışır and three police officers were in the line of fire when Elçi was hit by a hail of bullets. It goes on to say it was unclear which of the three officers were responsible for Elçi’s death, but there are strong indicators of their involvement. The indictment also says a shot fired by terrorists might also have caused his death. Officers face prison terms of up to six years on charges of manslaughter by deliberate negligence, while Yakışır faces three separate life terms plus additional sentencing for the murder of Elçi, terror charges and the attempted murder of one of three police officers indicted in the case.