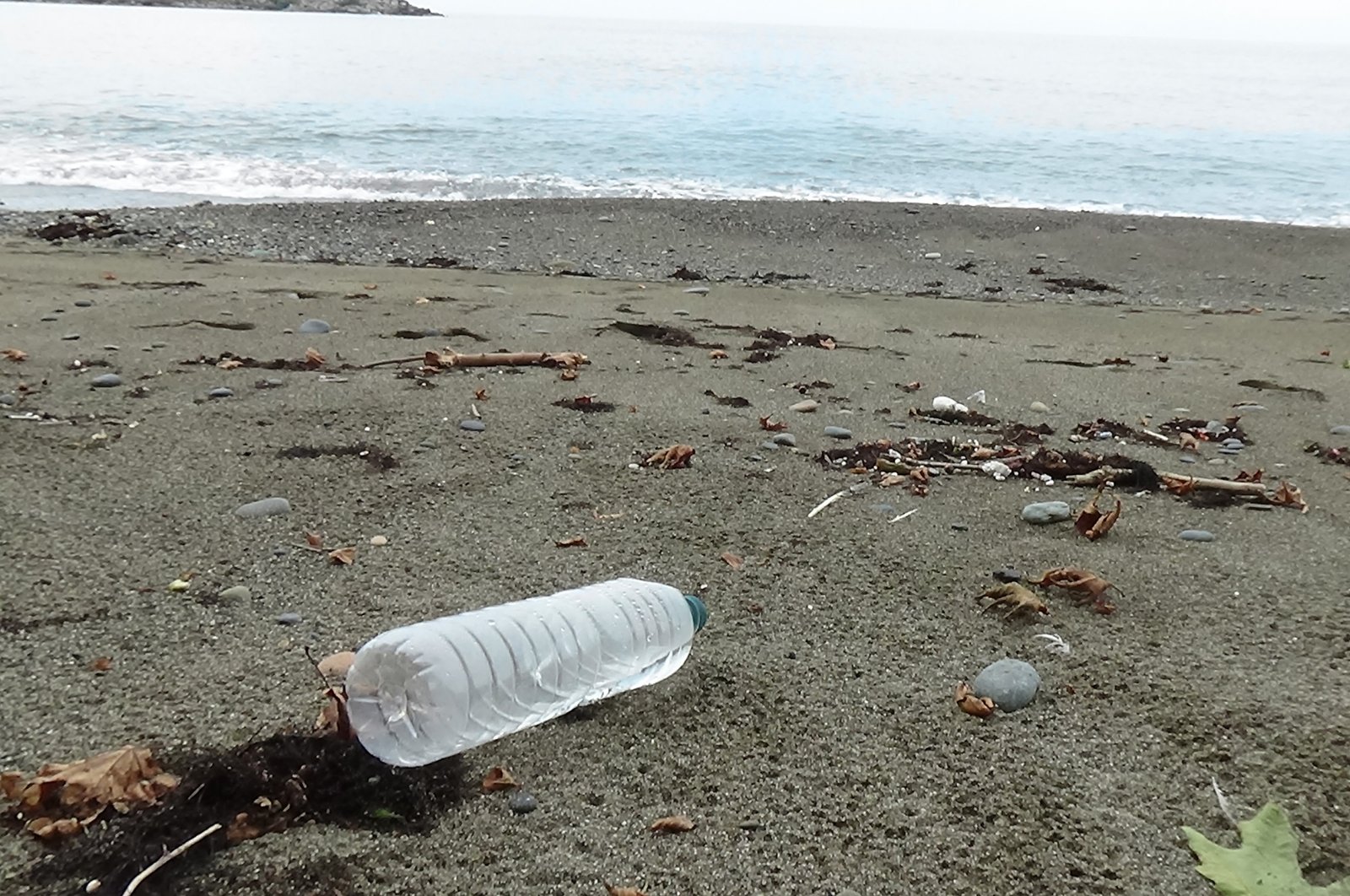 Masks and face shields litter the Turkish parts of the Black Sea, a joint project by countries littoral to the sea revealed. Turkey, Georgia, Romania and Bulgaria joined forces for European Union-funded Raising Public Awareness and Reducing Marine Litter for Protection of the Black Sea Ecosystem (LitOuter). It aims to fight overall marine pollution, particularly microplastics, which have emerged as a dire threat for oceans and seas across the world in recent years.

The coasts of Sürmene and Of, two districts in the Turkish Black Sea province of Trabzon, are included in the pilot stage of the project in Turkey. Scholars working on the project, however, are horrified by their findings: 2,500 pieces of waste in an area of only 500 square meters (5,382 square feet). Apart from discarded plastic water bottles, protective masks and face shields, whose use skyrocketed amid ongoing coronavirus pandemic, litter the Black Sea which stretches across more than 1,320 kilometers (820 miles) of Turkish territory.

The studies across the Black Sea show plastics make up 80% of the waste. Along with waste directly discarded at sea, streams crisscrossing the Black Sea highlands located far from the coast also serve as a source of pollution. Researchers say a plastic bottle can be carried by winds to a stream and from there find its way to the Black Sea, sometimes traveling for hundreds of kilometers.

Professor Coşkun Erüz, the Turkey coordinator of the project and a scholar at the Karadeniz Technical University's Faculty of Maritime Sciences, says the team observed both pollution at sea and on the coasts and were working on modeling the pollution routes. Erüz told Demirören News Agency (DHA) on Monday that although solid waste is regularly collected and disposed of in the region, the Black Sea still had a serious “waste burden.” “It shows that although we have a proper recycling system, people are not sensitive to pollution issues. They lack awareness on proper disposal of waste,” he said. Erüz pointed out that waste linked to the coronavirus pandemic is becoming increasingly visible in the Black Sea, from masks to bottles of cologne and hand sanitizer. “Medical waste is the most dangerous among the waste; it can cause diseases. But unfortunately, we see it makes up 5% of the waste here. In the 500 square meter space we examined, for instance, we came across at least 125 masks,” he added.