President Erdoğan says he will be vaccinated against coronavirus 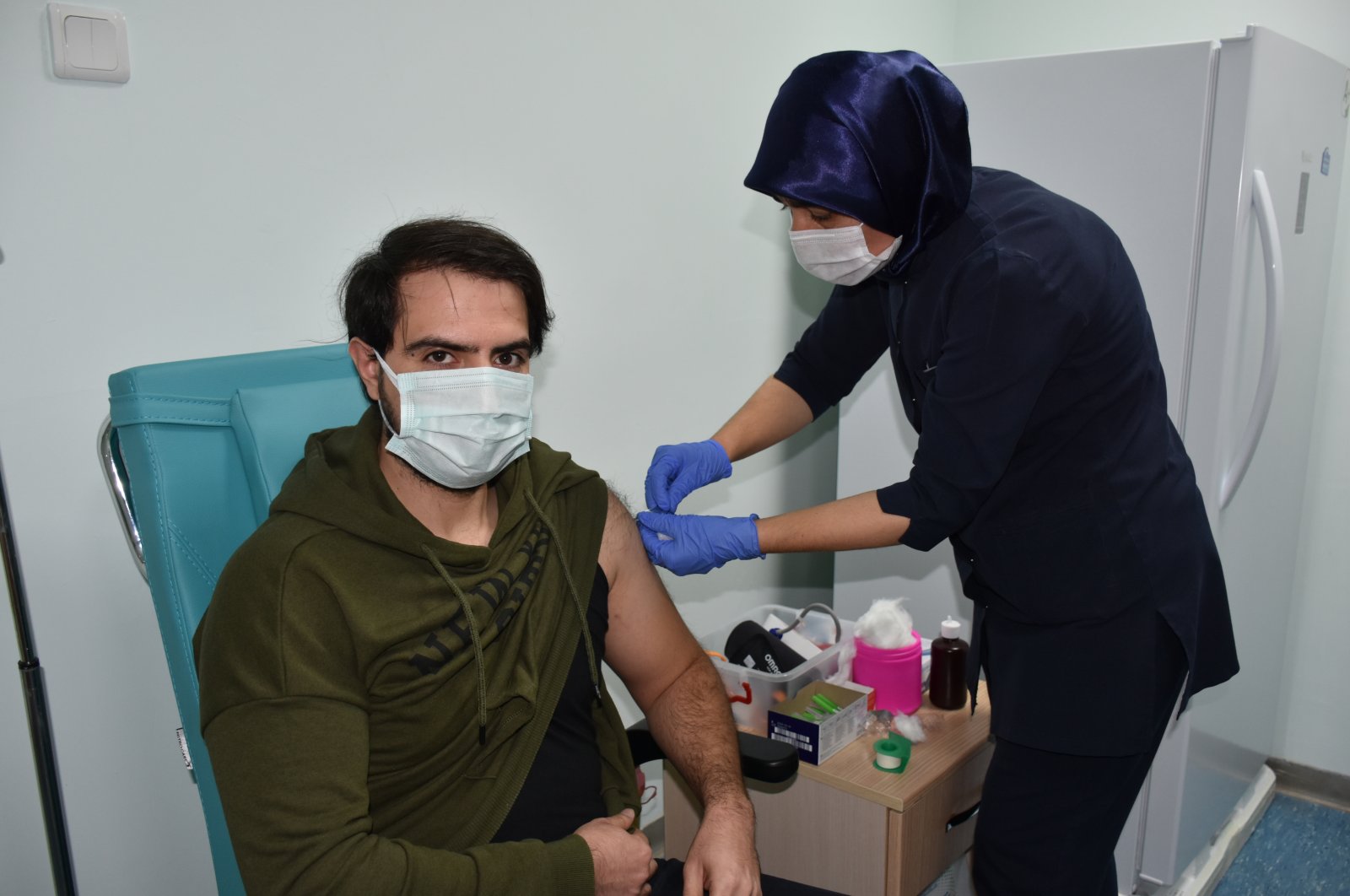 President Recep Tayyip Erdoğan told reporters Friday that he would be vaccinated against COVID-19. The president also said Turkey was considering acquiring more than one type of vaccine, noting: "We are not limited to China. We are also holding talks with Russia."

Turkey is anticipating the arrival of a COVID-19 vaccine with Health Minister Fahrettin Koca announcing earlier this week that inoculations could start toward the end of the month. Koca announced Turkey would receive an inactive vaccine on Dec. 11. While he did not disclose which vaccine, it will likely be CoronaVac, which was developed by China's Sinovac. The vaccine has been undergoing human trials in Turkey for a while now.

"I don't have a problem with being vaccinated. It is for health after all and we have to do what we should to preserve our health. We also have to set an example for our citizens especially in this time of pandemic. We hope we will rid Turkey of this trouble of the outbreak," Erdoğan told reporters after Friday prayers in Istanbul.

The 66-year-old president is already eligible to be in the first group of people to receive vaccinations. The Health Ministry announced that those aged 65 and above would be prioritized in the four-stage vaccination road map, along with health care workers.

Professor Ateş Kara, a member of the Health Ministry’s Coronavirus Scientific Advisory Board, told Anadolu Agency (AA) on Friday that the earliest date for inoculation would be Dec. 25. “The first shipment will likely arrive on Dec. 11, and its testing will take about 14 days,” Kara said.

Kara said talks were underway with all vaccine developers and an inactive vaccine would be prioritized. "Turkey has not made it clear yet which of the vaccines it will acquire and is currently assessing the data. Data from the Phase 3 trials will be evaluated," he said.

"Vaccination will not start as soon as the shipment comes. Although all tests are run, another round of tests will be conducted. These tests will not be shorter than seven days, and it would take another week for secondary tests. Overall, we don’t see a period shorter than 14 days. If problems arise, more tests can be done,” Kara said.

Turkey is struggling with a high number of COVID-19 patients in the absence of a vaccine. The overall patient count has exceeded 520,000 since March while the death toll stands at 14,316. The number of recoveries has reached 418,331.

Authorities often urge the public to avoid indoor venues where the virus can easily be transmitted. “We should spend the winter months avoiding crowded and closed areas," Koca said Thursday on Twitter after announcing the latest figures. The country imposed new restrictions including night curfews on weekdays and a full curfew from Friday evening to Monday morning to curb the pandemic.