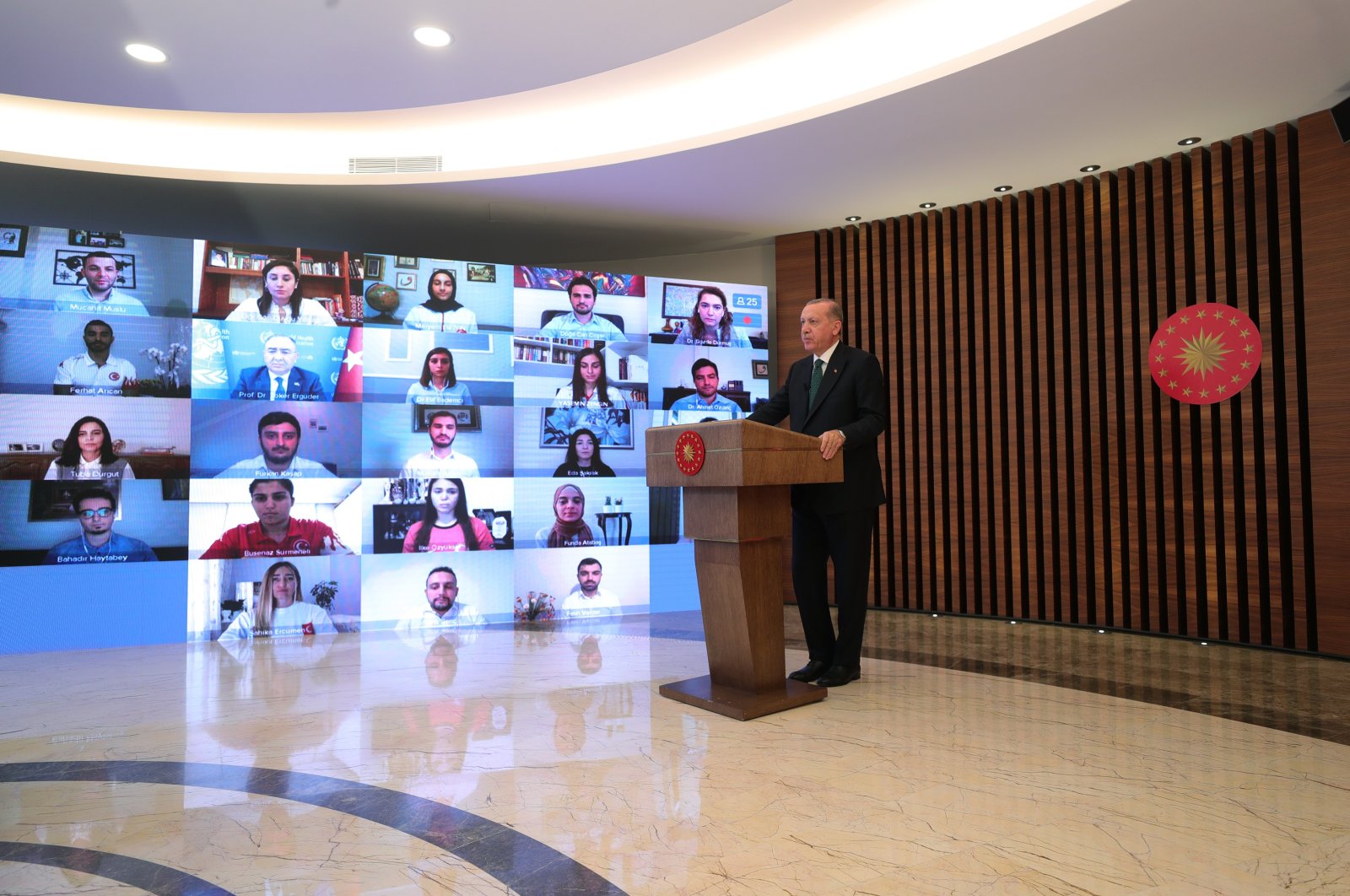 President Recep Tayyip Erdoğan criticized the smoking industry for entrapping millions of youth in addiction, as part of his live broadcast held with the participation of Turkish youth on World No Tobacco Day.

"The tobacco industry has been filling its own pockets for decades, depriving the freedom of millions of young people, imprisoning them to a life of addiction," Erdoğan said.

The president said temporary closures of hookah-smoking and entertainment venues introduced to curb the spread of the novel coronavirus would remain "for a while longer."

"For us, human health is above all other concerns. In the coming period, we'll continue our sensitivity and determination in this matter," he added.

Erdoğan also noted that his government had been subject to accusations of both the tobacco industry and their advocates in their fight against cigarettes, alcohol and drugs for the past 18 years.

"These demands are not acceptable. It's almost as if they can deceive us; they come to us, saying, 'electronic cigarettes cause no harm.' I don't accept them even if they are not harmful at all," he said.

Turkey in February banned the import of e-cigarettes and related products as part of its fight against smoking.

Asserting that the tobacco industry had tried many different ways to find new customers for the "poison" they produce, Erdoğan accused the industry of propaganda and manipulation.

Furthermore, he reiterated that his government had placed the highest tax on cigarettes to help incline users to quit.

The World Health Organization (WHO) named May 31 World No Tobacco Day in 1987 to draw global attention to the damaging effects of widespread tobacco use.

This year, the day focused on protecting children and young people from exploitation by the tobacco and nicotine industry, according to the WHO's website.