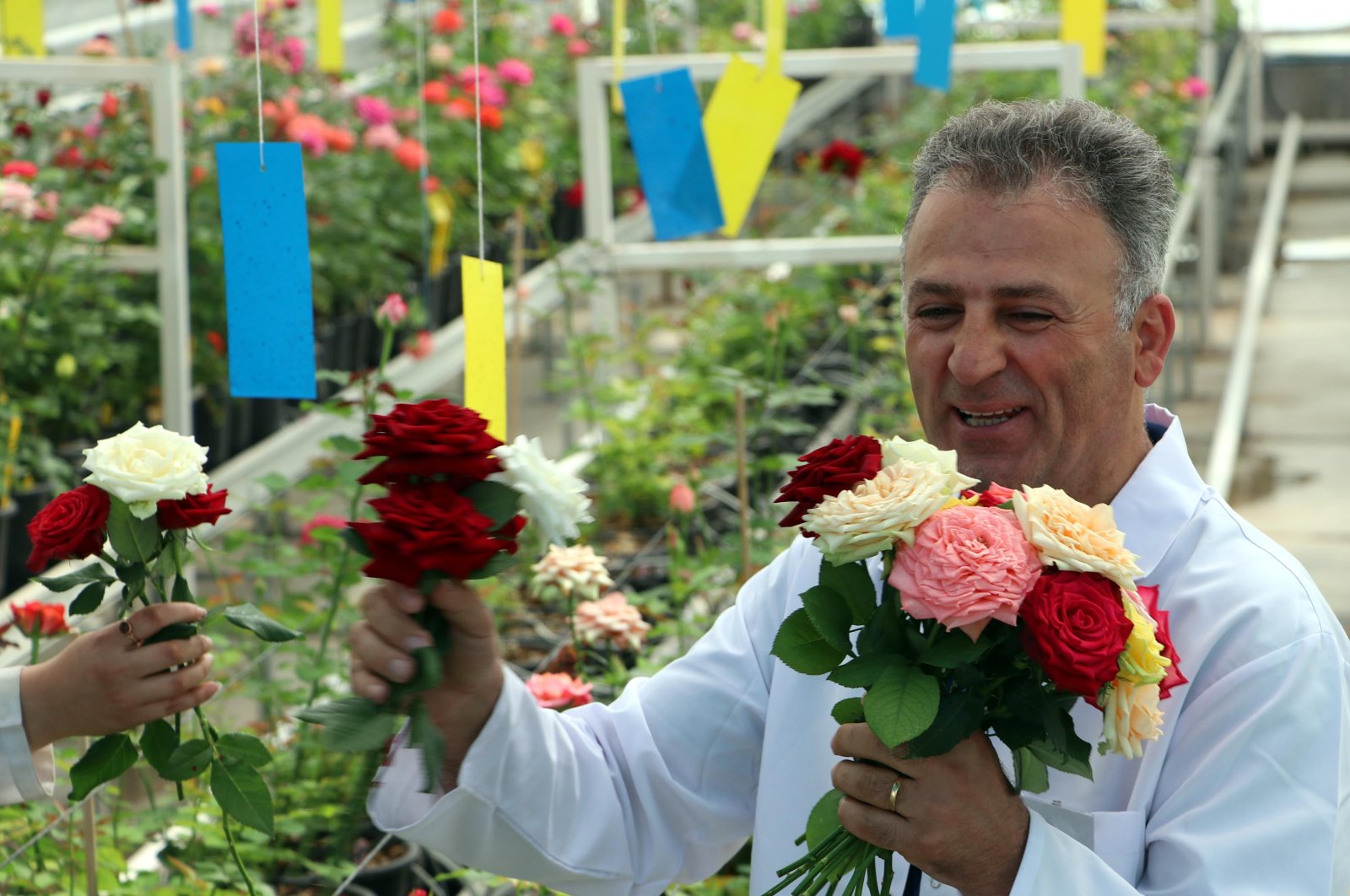 A professor in the capital Ankara and his students developed a local Turkish breed of rose and plan to sell them to the Netherlands, a major flower market.

Professor Soner Kazaz of Ankara University’s Faculty of Agriculture started working on this project six years ago, when he found out that commercially sold roses are not locally developed. His team of 17 researchers combined different breeds both locally grown and imported from abroad to develop the new breed.

“There are 200 species of the roses in the world, and Turkey is home to 45 species, but what we saw sold in the marketplace is not locally grown roses. People think Turkey is a country of roses, but there is no commercial sale of local breeds,” Kazaz told Demirören News Agency (DHA) on Tuesday. “Turkey last year imported 18.5 million roses and paid $2.6 million for these imports."

The professor and his team collected roses found in Turkey and created a hybrid with seeds of roses from Kenya, Brazil and Colombia. He now awaits approval of a patent for the new breed named after his wife Gülberk and son Berke. “We will first introduce it to the local market, but we will also market them abroad. We contacted a Dutch company, one of the biggest in the flower business and we are negotiating a contract,” Kazaz said.