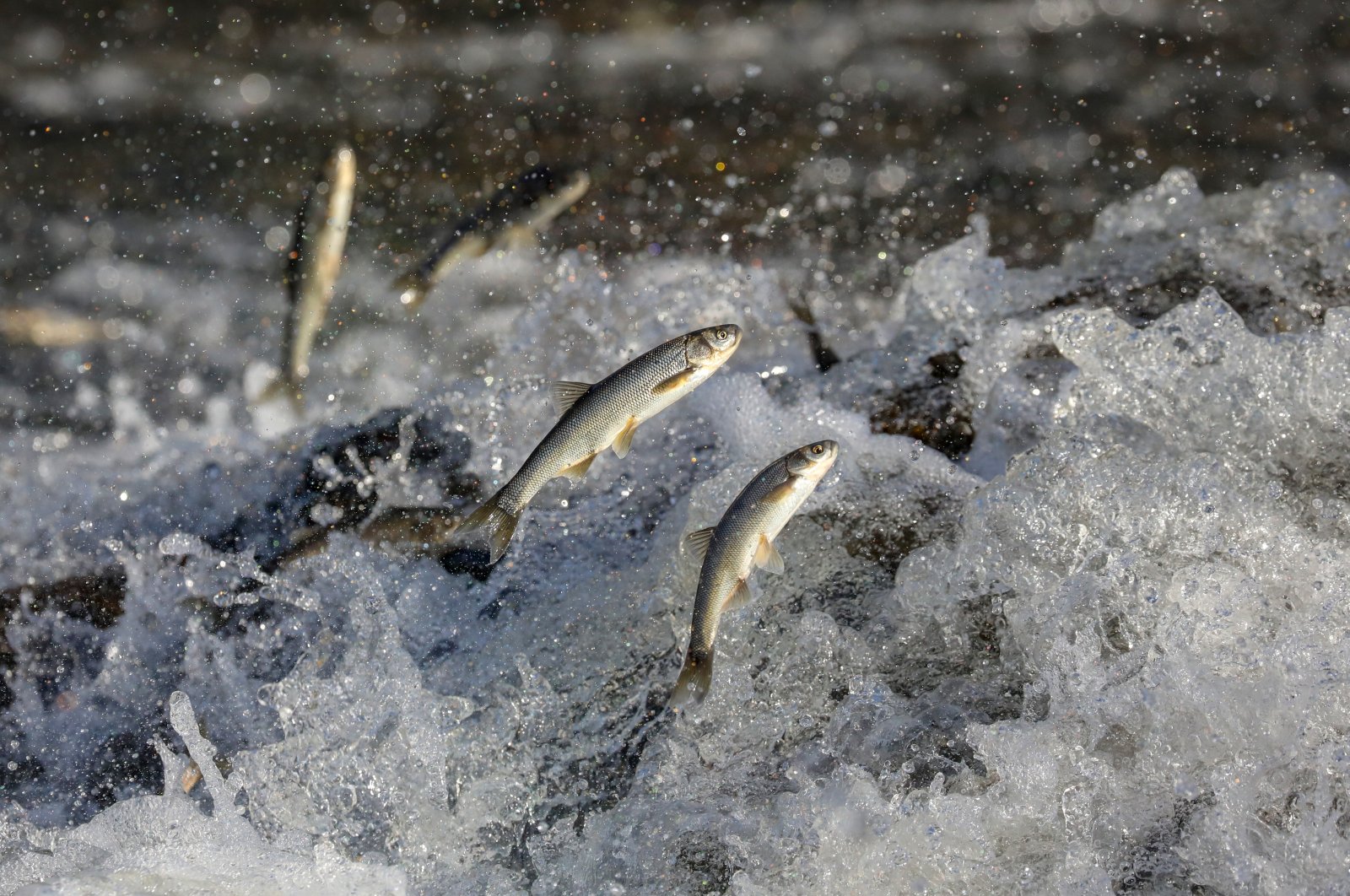 The population of pearl mullets, an endemic fish species found only in Lake Van in the east of Turkey, has increased thanks to strict precautions and protection efforts.

Come warm, sunny spring, the annual migration of the only fish species living in the highly carbonated waters of Lake Van begins. The fish spawn from April 15 to July 15, and the race to produce healthy offspring for the continuation of the species is a heated affair.

Throughout the migration, pearl mullets are kept under protection with measures taken both from the land and from the air.

Relevant institutions and security forces, who inspect the settlements by the lake in order to prevent poaching, immediately intervene in any problems they encounter.

The population of pearl mullets is increasing, thanks to the protection efforts of the teams that keep the breeding areas of fish under constant control with thermal drone and patrol activities.

Known scientifically as "alburnus tarichi," and also commonly as tarek, Van fish or "inci kefali" in Turkish, pearl mullets are truly tested by their habitat. The salinity of the water hinders them from reproducing in the largest soda/alkaline lake on Earth. Consequently, they migrate through the lake’s tributaries to spawn. This transition is a challenge in itself. If the switch from salty to freshwater is too sudden, it can be lethal. Hence, the fish wait it out to adjust to the new conditions. With no food in sight and under the constant threat of being eaten alive by predators such as seagulls and water snakes, soon begins their bumpy ride.

Measuring about 20 centimeters (7.87 inches) in length, the lively mullets try to jump four times higher than their size, overcoming obstacles including a 70-cm-high waterfall on their way to lay their eggs. Once the females manage to lay their eggs, the males follow them to leave milt. Then, in about a week, new baby fish hatch into the world. Following this, the fish return to the lake within a month.