Protective measures ramp up as COVID-19 cases mount in Turkey 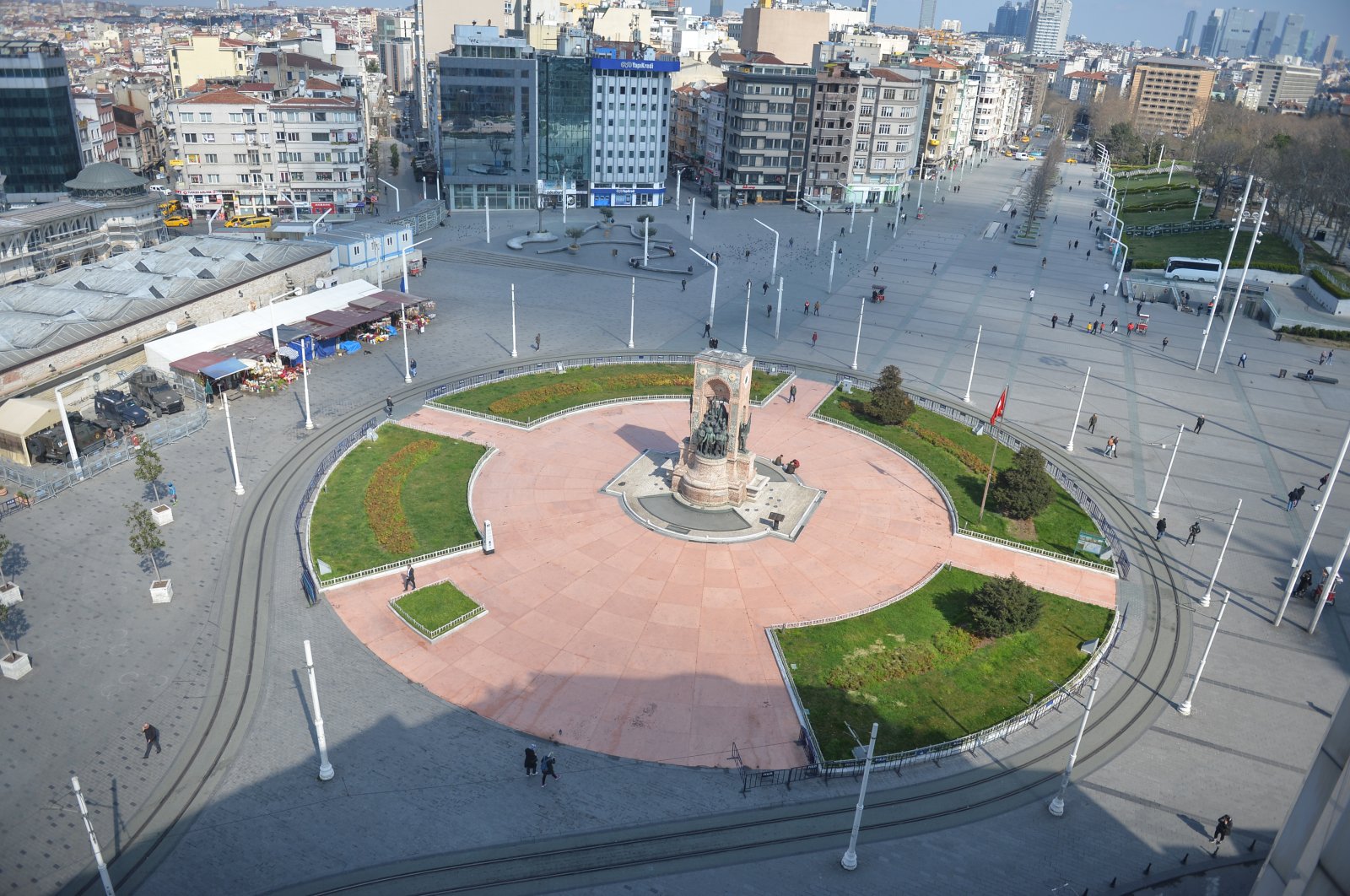 The death toll from COVID-19, the disease caused by the coronavirus, is now up to four in Turkey, while the number of cases reached 359 on Thursday, almost doubling every day since Sunday. No comprehensive lockdown is in place, but escalating measures coupled with public compliance of health advisories have left a visible mark on daily life. Streets are empty, and famous landmarks and town squares, once swarming with crowds, are now eerily devoid of life.

President Recep Tayyip Erdoğan, in a compassionate speech earlier this week, urged citizens to stay home for at least three weeks but stopped short of declaring a curfew. Most people have heeded the call, as a dwindling number of people are visible outside.

Along with the government, municipalities have come up with new ways to tackle the crisis and protect citizens. Ekrem İmamoğlu, mayor of Istanbul, the country’s most crowded city, announced on Friday a new set of measures. Open marketplaces, an inseparable part of every neighborhood in the city but also a potential virus sanctuary due to crowds they attract, is among the municipality’s priorities. İmamoğlu said marketplaces will be reduced in size, and only food will be allowed to be sold. He said they would set up “disinfection stations” across the city to provide disinfection services for taxis and minibuses and will suspend around-the-clock mass transit services. He said the number of mass transit services will be reduced outside rush hours and called on senior citizens to avoid public transportation unless necessary. Mass transit vehicles, especially overcrowded metrobuses, pose a risk for chronically ill people in the face of the coronavirus pandemic.

Trade Minister Ruhsar Pekcan announced on Friday that sellers in marketplaces will be required to keep a distance between stalls, and customers will not be allowed to pick up vegetables and fruits from the stalls. This new rule will likely annoy Turkish customers who have a long-held tradition of touching the produce with their bare hands to select the freshest, most edible among them.

Smaller municipalities are also seeking to prevent crowds out on the streets. Removing benches in central locations are among the latest measures. Following actions by the cities of Denizli and Edirne, the municipalities of Esenyurt and Sultanbeyli in Istanbul decided to remove public benches as a precaution.

The impact of self-quarantine is perhaps most visible with pollution. Air quality maps for Thursday showed that ratings in big cities were “good” compared with “mildly good” two weeks ago. The improvement is linked to fewer vehicles sitting in less traffic and the closure of cafes and other venues, which are viewed as contributors to pollution.

Health Minister Fahrettin Koca said Turkey had conducted 1,981 tests in 24 hours throughout Thursday, 168 of which came back positive. The total number of those tested has now far surpassed 10,000. Meanwhile, Interior Minister Süleyman Soylu said on Thursday that a total of 9,800 people were quarantined, including those arriving from Europe and Saudi Arabia.

Turkey plans to gradually deliver locally made diagnosis kits to all cities. Kits can produce results in up to 90 minutes, while a 15-minute version will soon be available, authorities announced.

Meanwhile, Turkish people on Thursday night paid respect to doctors, nurses and health care workers who are fighting the coronavirus outbreak, applauding them from their windows and balconies across the country.

The movement came after Koca, during a speech at Parliament, asked lawmakers to applaud health care employees who are working hard to stem the spread of the virus.

Turks could be seen on their balconies at 9 p.m. in the capital Ankara, Istanbul and many other cities across Turkey showing their respect for medical workers.

The hashtag #BeraberBaşaracağız (#wewillsucceedtogether) went viral on social media, with video clips showing people applauding doctors, nurses and health workers for working day and night. Late Thursday, Koca posted on Twitter to thank Turkish people for showing their respect to the medical staff, saying: "You gave strength to our devoted healthcare professionals with your applause." The minister, who is also a medical doctor, called on the public to continue to show their gratitude with their applause three nights in a row.

Media outlets reported on Friday that the staff of a court in Istanbul were placed in quarantine after the husband of a judge tested positive for the coronavirus. Judiciary officials said the judge was also being tested and had not attended any hearings on Friday. All hearings except emergency cases were already suspended in the courthouse. Other cases are being held with detainees attending via video link from detention facilities.

Justice Minister Abdülhamit Gül said Friday there are no confirmed coronavirus infections in the prisons in Turkey. "Convicts and detainees are entrusted to the state," Gül said, adding that the country makes all kinds of diligent efforts for their health.

Turkey will support flexible and shorter work hours for employees in order to limit the time they spend outdoors as part of measures to curb the coronavirus outbreak, the country's labor, social services and family minister said Friday.

"We will provide flexibility in certain conditions to make it more beneficial to all sectors," Minister Zehra Zümrüt Selçuk told Anadolu Agency (AA) on Friday. She added that the basic state pension will also be increased from TL 1,000 ($154) to TL 1,500 ($231), part of the relief package announced on Wednesday by Erdoğan worth TL 100 billion ($15.4 billion) to limit the economic fallout from the coronavirus.

"Based on the results of an income questionnaire conducted by the Social Assistance Solidarity Foundations, we will distribute TL 2 billion ($308 million) to assist the lowest-income segment," Selçuk said. "We increased the periodical shares of 1,003 social solidarity foundations in Turkey, so we will have further increased support for the elderly," she added, referring to foundations serving as social care units.