Quarantine for arrivals from Europe amid virus scare in Turkey 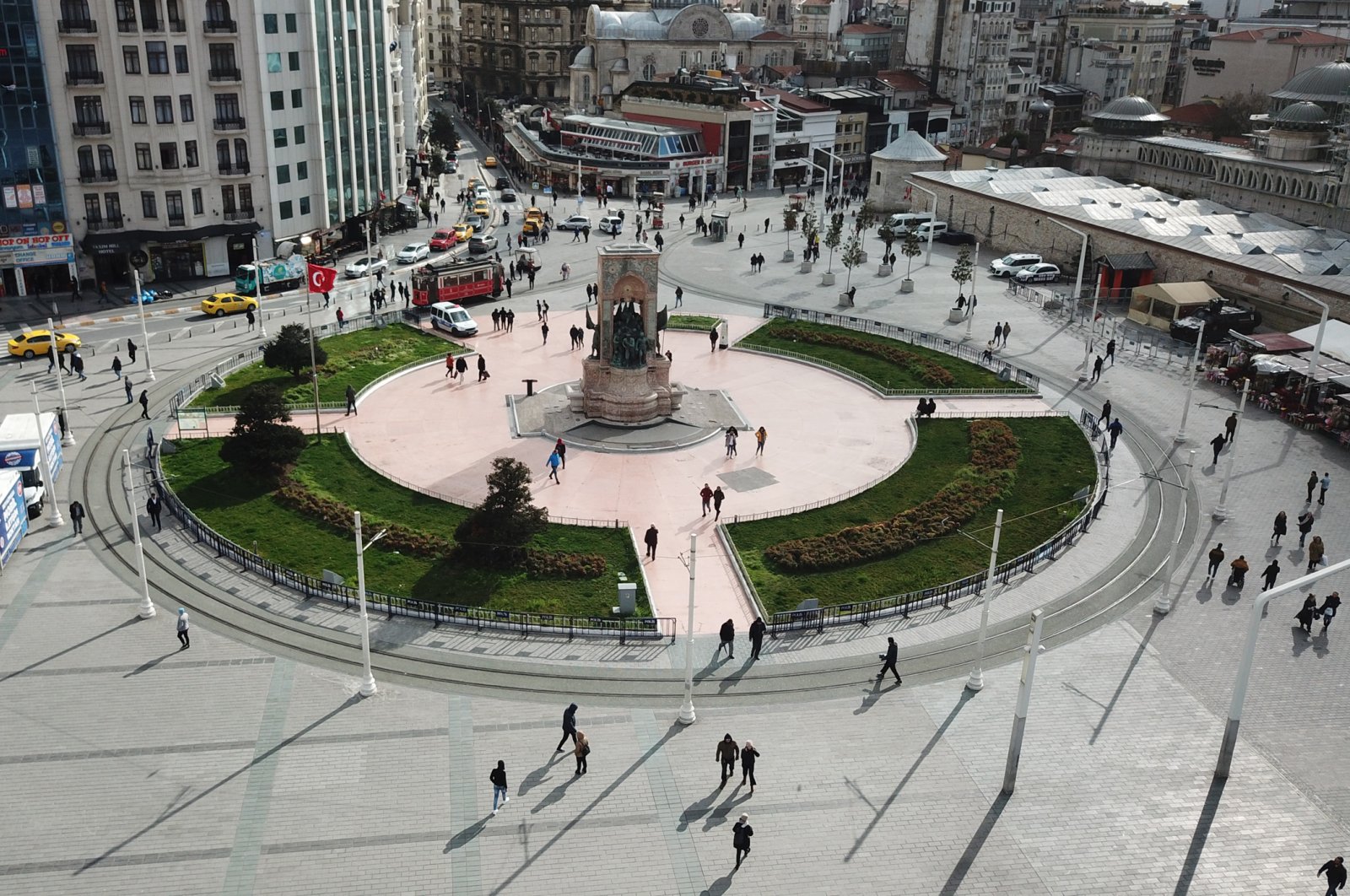 Turkey keeps updating its contingency plan against coronavirus as more cases are reported. Those arriving from Europe are being placed in quarantine, while mass prayers at mosques were banned Monday

As the number of confirmed coronavirus cases in Turkey rose to 18 Monday, the country imposed new measures in the fight against the deadly outbreak. Authorities announced that student dormitories in Istanbul were being evacuated to accommodate people returning from coronavirus-hit European countries. Travelers will be quarantined there for 14 days.

The country’s Presidency of Religious Authority (DİB), meanwhile, announced a ban on mass gatherings and prayers in mosques, urging people to pray at home.

The Istanbul Governorate said in a statement that Turkish nationals arriving from Germany, Spain, France, Austria, Norway, Denmark, Sweden, Belgium and the Netherlands will be boarded at three large dormitories in the city, while students in those dormitories will be resettled elsewhere. Diplomatic missions in those countries will require the return of Turkish nationals by midnight Tuesday. They will then be placed in quarantine under the supervision of the Health Ministry.

Turkey's Ambassador in Paris, İsmail Hakkı Musa, told Turkish broadcaster NTV that they received calls from about 300 Turkish citizens seeking to return to Turkey in the past few days and they were arranging their evacuation. Ambassador Ali Kemal Aydın in Berlin said “a few thousand” Turkish nationals would be flown back to Turkey by Tuesday.

Turkey has closed its borders and halted most international flights as the coronavirus pandemic sweeps the globe. Government authorities repeatedly warn the public not to travel abroad and if they do so, to impose self-isolation for 14 days. No deaths have been reported in Turkey yet and the government is assuring the public that safety measures are in place. It remains a challenge to sequester everyone returning from abroad but the government managed to arrange a quarantine for a large group that returned from Saudi Arabia after performing the Umrah, or lesser pilgrimage in Islam. Thousands are being accommodated at student dormitories in the capital Ankara and the central city of Konya. Dormitories were already emptied as Turkey earlier announced a mandatory break for universities and grade schools.

The head of DİB, Ali Erbaş, announced that the coronavirus outbreak “necessitated suspending prayers with the congregation in mosques.” Giving examples from Prophet Muhammad’s sayings that urge the faithful to end mass prayers in case of a plague or a similar disease, Erbaş said mass prayers had the risk of spreading the virus. “Islam does not allow practices that endanger people’s lives,” Erbaş told reporters in the capital Ankara. He said Friday prayers, which are required by Islam to be performed with a congregation, can be replaced with noon prayers the faithful can individually perform at home for a while. Mosques will remain open for those who wish to perform prayers individually, Erbaş noted. He also said all Turkish umrah pilgrims returned home from Saudi Arabia as of Monday, except some 390 people who were expected to return later Monday.

Turkey has also followed the example of other countries and ordered the closure of crowded entertainment venues. Bars, discotheques and nightclubs across all 81 provinces of Turkey closed Monday as a precaution. The ministry asked provincial and district governors to coordinate with municipal authorities to ensure the implementation of these measures, including dispatching law enforcement units to prevent any problems that might occur during the implementation of the regulation.
Interior Ministry later ordered all cafes, theaters, gyms and other similar buildings to be closed beginning Tuesday in a bid to halt the spread of new coronavirus. According to the ministry’s order, all cafes, gyms, theaters, cinemas, performance centers, concert halls, wedding halls, music halls, beer halls, taverns, hookah lounges, internet cafes, all types of game centers, amusement parks, pools, Turkish baths, saunas and spas would be closed until further notice after 12 a.m. Tuesday.

On Monday, Justice Minister Abdülhamit Gül announced the suspension of all trials except emergency hearings and judges, prosecutors and other judiciary staff above the age of 60 will be on paid leaves. He said they also suspended prison visits in shared areas of prisons.

Turks both cautious and dismissive

A survey by Istanbul-based Barem Research company laid bare to the Turkish public’s reaction to the coronavirus scare. Half of the interviewees think the scare is exaggerated but they nevertheless do not neglect taking personal measures, the survey shows. Some 67% of the interviewees expressed fear of infection.

The survey also shows younger people, women and those with a higher level of education are more concerned about infection. Those at the age of 65 and above are less concerned though they are classified as potential patients in the high-risk groups by scientists.

Another finding is trust in the Health Ministry which is at the forefront of efforts in the battle against the outbreak. Some 69% of interviewees agree that the ministry managed the crisis well.

Additionally, 52% of interviewees believe the outbreak scare is exaggerated while the rest says the risk is really serious. Three in every four people interviewed for the survey say they are ready to give up their rights, including travel if this will help stop the virus spreading in the country. Some 64% hope that cases would be lower or end in April.

Some 43% of interviewees blame an unknown culprit for the outbreak while others believe it was “a natural outbreak.” Most suspect the U.S. was behind the fast-spreading of the outbreak. China is the second country in the list of culprits for the outbreak to spread across the world according to the interviewees. Other possible suspects are pharmaceutical companies and countries “which may have developed the virus in a laboratory and already may have developed the vaccine.”