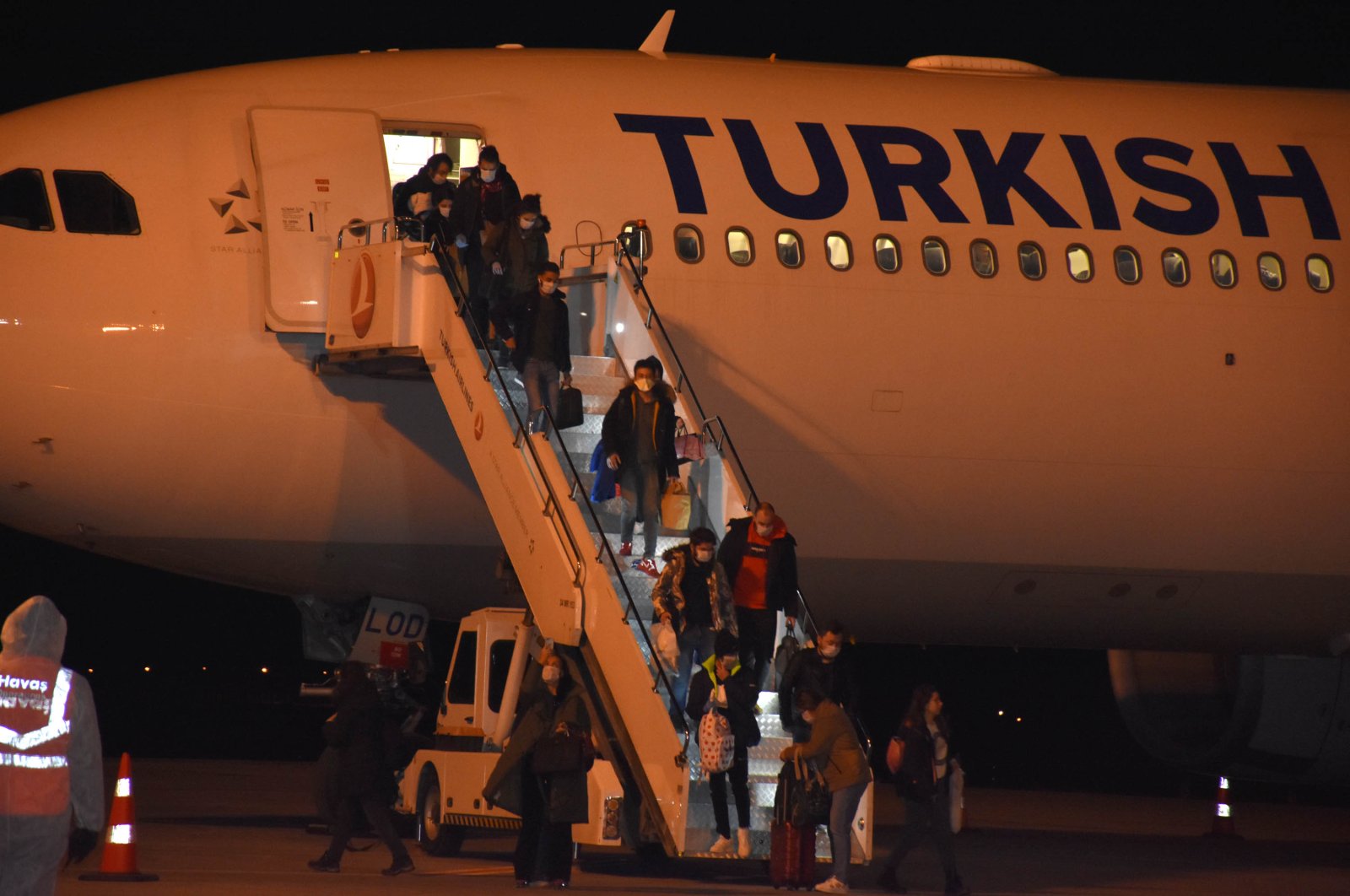 Hundreds of people were placed under coronavirus quarantine after arriving in Turkey from Europe and overseas late Monday.

The Turkish Foreign Ministry announced on Twitter that students from the United Kingdom, Ireland, Switzerland and Poland – countries which had earlier been placed under a flight ban – returned to Turkey and were placed under quarantine. Foreign Minister Mevlüt Çavuşoğlu announced earlier that 3,358 students from seven countries with flight bans applied for return and that each would be placed under a 14-day mandatory quarantine. A group of students who were in Europe as part of the Erasmus exchange program is being boarded at a student dormitory in the central city of Sivas. An additional 346 people, returning from various countries, were also accommodated in a dormitory in the northwestern city of Sakarya. The city already hosts 88 truck drivers who arrived from Ukraine via a cargo vessel as part of evacuation efforts, and all were placed under quarantine in the dormitories. Dorms in most cities were evacuated earlier during a recess for universities amid escalating measures against the virus.

More than 11,000 people who have arrived in Turkey from abroad have been quarantined in 36 dormitories across 23 provinces, Youth and Sports Minister Mehmet Muharrem Kasapoğlu said Monday.