Ramadan slowdown may help against COVID-19 pandemic in Turkey 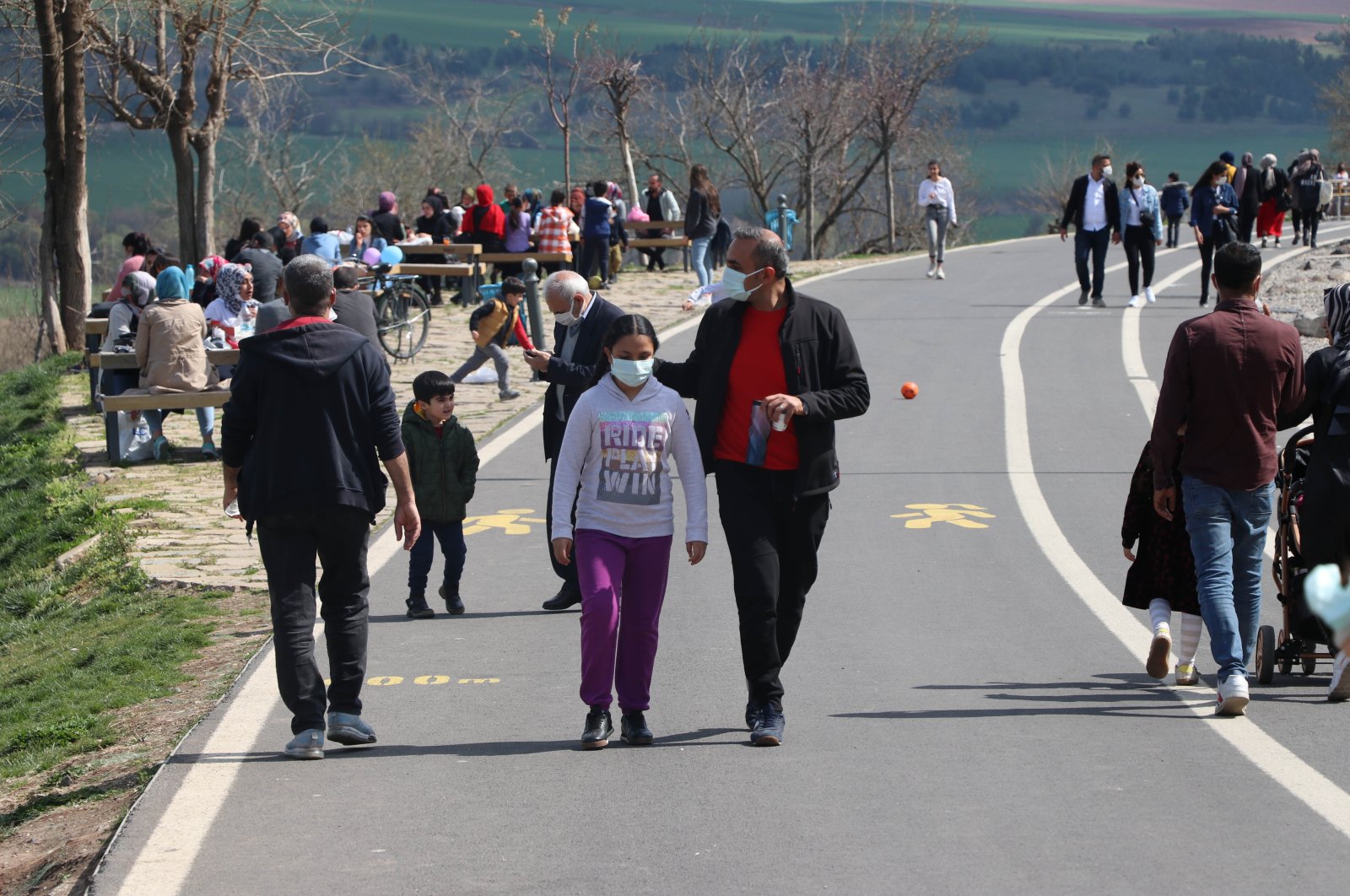 The country may be smashing new records in daily coronavirus cases but authorities are counting on a slowdown in the pandemic during Ramadan, a month of fasting for Muslim faithful. When the month, marked by daytime fasting by Muslims starts next week, nationwide mobility, blamed for the rise in cases, is expected to decrease.

Most restrictions are still in place in the country, although a normalization process was launched on March 1. Still, daily cases snowballed in just one month, reaching 54,740 on Wednesday evening. The high number, which comes amid the accelerated vaccination campaign, raises concerns. Experts point out that a fast-spreading U.K. variant is the main culprit in this sudden surge, along with more “mobile” people who occasionally disregard social distancing rules while going out, especially in warm weather.

For some experts, a full lockdown can bring down the high numbers but it also poses the risk of harming country’s economy. President Recep Tayyip Erdoğan said on Wednesday that he wanted to “give Turkey a rest” during Ramadan, though he did not elaborate on what that “rest” would involve, giving way to speculations of a strict lockdown. Authorities have already announced a set of restrictions for Ramadan, including weekend lockdowns for all 81 provinces, even in those with low risk. The ongoing weeknight curfews that start at 9 p.m. and end at 5:00 a.m. the next day will also remain in place. Restaurants and cafes will be shut down except for meal/food delivery to customers by their own staff, instead of takeaways. Authorities also banned mass iftar dinners and sahur (the last pre-dawn meal before the start of the daily fast), a tradition that sometimes bring hundreds together. Recently, the country’s religious authority announced that they scrapped plans to allow the faithful to perform tarawih, a collective prayer exclusive to Ramadan evenings, at mosques, fearing crowding.

Addressing an event in the capital Ankara on Wednesday, Erdoğan underlined that Turkey alone cannot defeat the pandemic or expand its restrictions. “All European countries implemented harsher measures than Turkey and yet, their health care systems are still paralyzed (due to high number of COVID-19 patients). We aim to decrease case numbers to at least a few thousand in Ramadan. Otherwise, we may suffer in the summer, especially in tourism season and we may have to skip summer holidays when people visit their families in other towns. By God’s will, we will break the neck of this pandemic in Ramadan,” he said.

Afşin Kayıpmaz, a member of Health Ministry’s Coronavirus Scientific Advisory Board, says he predicted there might be more measures during Ramadan. Speaking at an event in the western province of Burdur on Thursday, he said that the country might be “in a better spot” during Ramadan if the vaccination speed increases and people follow the rules. “We believe there will be more measures in Ramadan. Working from home schemes for the public and private sectors can be considered. Some businesses may be shut down temporarily. We will discuss these and other measures to decrease people’s mobility in our next meeting (scheduled for Thursday evening),” he said.

The board advises the cabinet on new measures and any new restrictions, if recommended, may be announced in the next Cabinet meeting.