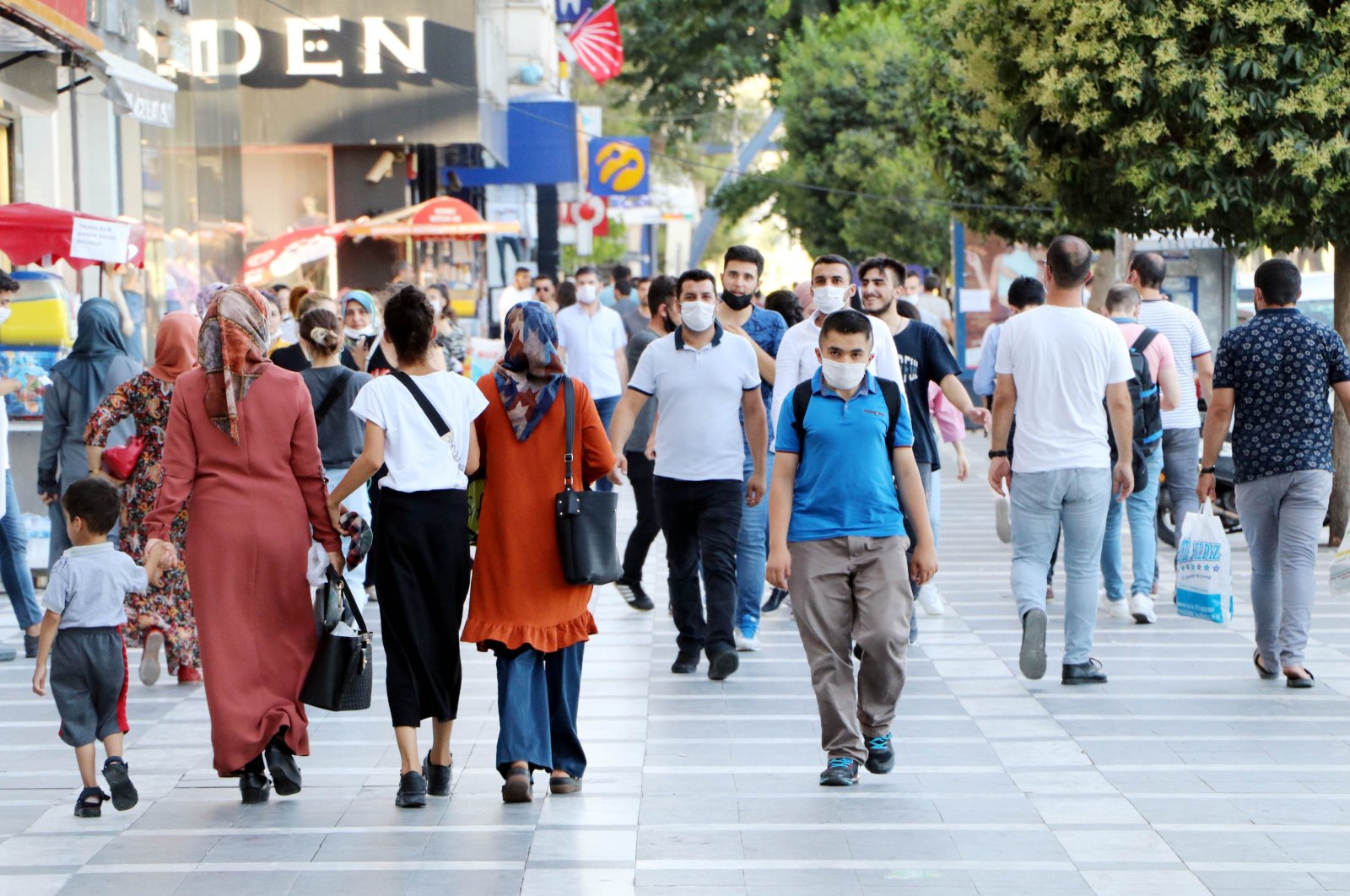 Turkey recently conducted a random screening for 150,000 people across the country to determine public immunity against the coronavirus. Health Minister Fahrettin Koca announced on Friday that the screening found that 2.5 people per 1,000 people tested positive for COVID-19.

Antibody tests were launched last month, and authorities had earlier determined that immunity was low based on initial results.

Experts say a mass immunity is needed for the virus to lose its impact, namely the infection of 50% or 70% of the population. In the absence of a vaccine and due to the unproven effects of drugs used in treatment, it remains too high a risk.

The first coronavirus patients were reported in March in Turkey, and the number of cases has reached to 223,315 since then. Health Minister Fahrettin Koca said on Friday that Istanbul, the country's most populated city with more than 15 million people, accounted for more than half of COVID-19 related deaths. Some 46% of total cases were in Istanbul.

“In Istanbul, 2.9 out of every 1,000 people tested randomly were found to be positive. This rate is 13.8% higher than the rest of the country," Koca said in a tweet. He urged all members of the public "to be careful for the good of everyone and not do anything that would risk lives."

Some 1,151 patients recovered in the past day, which is 238 people higher than the day before, Koca said, adding that there are still 1,251 patients in intensive care units and 378 intubated patients. "There are 136 patients under the age of 65 out of 1,043 patients who've recovered since June 1," Koca said.

In Şanlıurfa, where 1,500 residences were placed under quarantine in the past 15 days, reckless people ditching masks and social distancing rules are blamed for the increase in the number of cases. Emre Erkuş, head of the southeastern province's health directorate, said people were sticking to their pre-pandemic habits in Şanlıurfa. “People should avoid crowded places like funeral ceremonies, wedding and engagement parties,” he warned. People going around without masks and without caring for social distancing are common sights in the province despite police inspections and fines for those violating mask-wearing and distancing rules. Erkuş told Demirören News Agency (DHA) on Friday that 3,000 locations in Şanlıurfa, which has a population of over 2 million people, were quarantined since the outbreak began in March. “This is a province where large families are common and people still tend to stick to their old habits of going out without care. We are afraid of crowded areas most in the fight against the pandemic. People have to get accustomed to a 'new normal' and see masks, social distancing and hygiene as part of their new lives," he said.

Celal Bozkaya, a Şanlıurfa resident who was walking on the street with a mask in his hand instead of covering his face, justified his action by saying that it was “difficult to breathe” while wearing the mask. Ramazan Türkmen, who left his nose uncovered while wearing a mask, echoed the same “problem.” “I properly cover my face at work, but I need some air while outside,” he told DHA.

It is indeed difficult to adapt to the new normal with masks and social distancing. So, some people prefer not going out. Coffeehouses, one of the most popular venues to spend time for men of a certain age, saw a drop in the number of customers. Although they were reopened last month to the joy of millions of men confined at home during the outbreak, patrons still largely shy away from coffeehouses. The main reason is the absence of something essential to coffeehouse culture: board games. Okey, a tile game that blends rummy and mahjong, and backgammon are forbidden in coffeehouses as part of the new normal to prevent infections from tiles touched by dozens every day. Murat Ağaoğlu, head of the Turkish Federation of Coffeehouse Proprietors, said coffeehouses need to “normalize” and called on authorities to lift restrictions on games. Speaking at a press conference in the capital Ankara, Ağaoğlu said businesses were struggling due to the low number of customers. “Some coffeehouses had to close down a few weeks after reopening. This is because people are not allowed play okey, backgammon or card games,” he said. Ağaoğlu said the coffeehouses had every measure in place against the pandemic, from tables set for social distancing and allowing a certain number of people to the observation of strict hygiene rules and delivery of sanitizers to customers. One solution he comes up with for game enthusiasts is the use of gloves. “People are already obliged to keep a certain distance from each other. They can wear gloves while playing and dump gloves after the game ends,” he says.

Some coffeehouse regulars have already come up with ways to circumvent the game ban and instead of using traditional tiles, they place their phones on tile holders at the coffeehouses and play the game online with each other.

Like other reopened businesses, coffeehouses resumed their new operations with a series of measures. For instance, proprietors have switched from serving drinks in traditional glass cups to paper cups and removed all regularly used items that could spread the coronavirus. Meanwhile, the tables in these otherwise-packed joints remain ever more separated from one another, in line with social distancing.