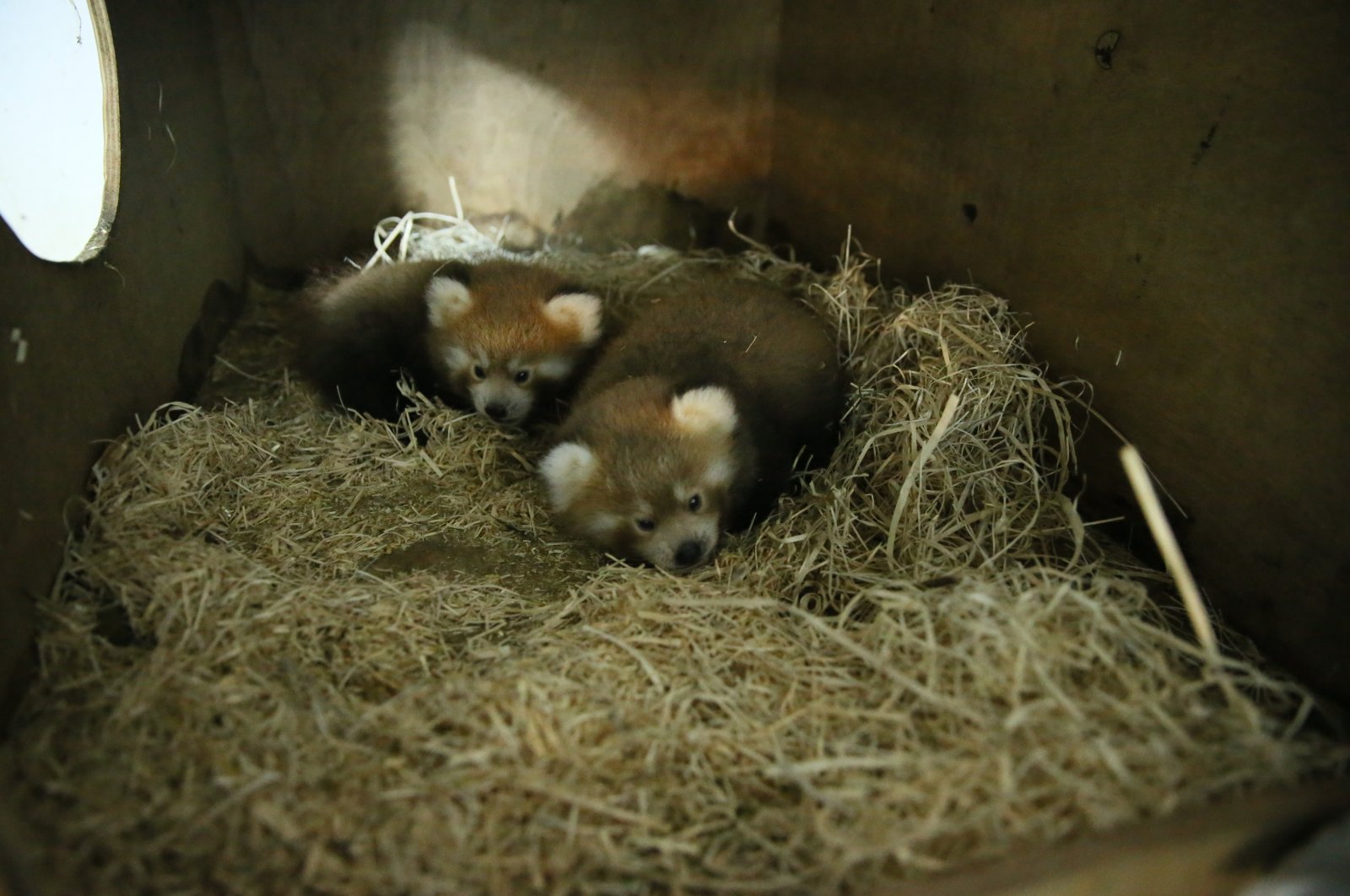 Two cubs born to a red panda family at a zoo in the northwestern Turkish province of Kocaeli are delightful news for a species in danger of extinction.

The red pandas, native to Nepal and China, were brought to Faruk Yalçın Zoo and Botanical Park in the province in 2014 for breeding purposes. Two female cubs were born to them last week, and they are now receiving care before going on display in August for visitors. Sinan Kıroğlu, deputy manager of the zoo, told Anadolu Agency (AA) that they brought three female red pandas to the zoo six years ago before they took in a male red panda. “We handed over two females to another zoo and decided to keep one female and male here. They got accustomed to each other and finally mated,” he said.

The cubs are currently in an enclosed space with their protective mother, who has yet to allow them to explore the open area of their enclosure. “We don’t disturb them except for weekly health checks. Red pandas are sensitive animals. They do not mate if they are stressed, restless. The new births show they are comfortable here,” he said. He said the red panda population has dropped below 10,000 in the wild. “They mate once in a year, so this birth is very rare,” he added.