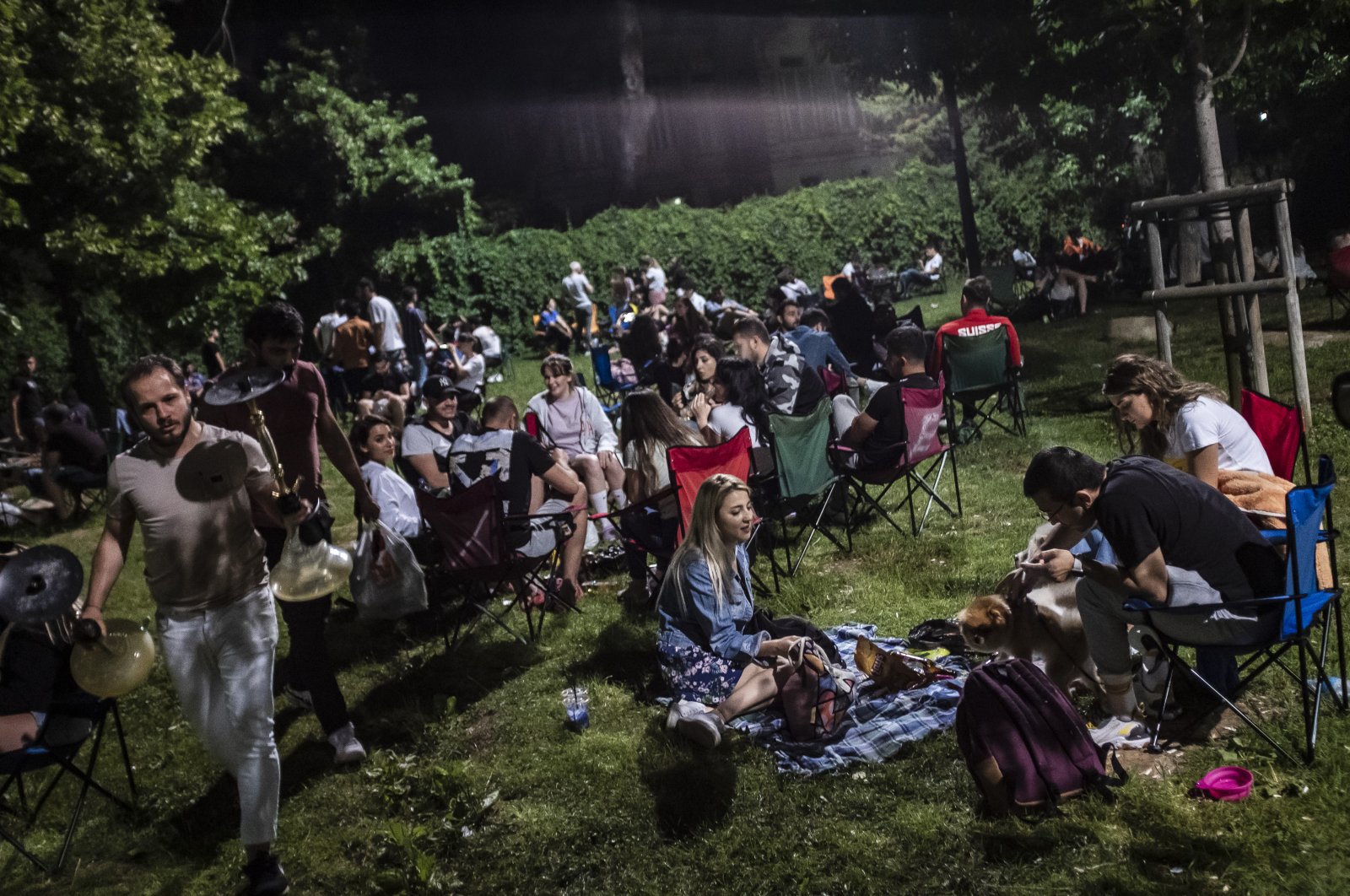 Although the majority of people complied with social distancing and wore masks, some citizens apparently mistake what authorities call the “new normal” with going back to the good old days before the COVID-19 pandemic.

As Turkey gradually lifts restrictions imposed to limit the pandemic, media outlets and social media are awash with photos and videos of people mingling freely, sometimes not wearing masks, despite the existing risk of infection.

Certainly, the country records fewer and fewer fatalities every day, along with an increasing number of recoveries and a somewhat steady rate of daily cases. Still, the normalization process which went into full gear on June 1 with more restrictions lifted, may have a negative fallout, experts warn, if people disregard rules. “The threat is growing without measures,” Health Minister Fahrettin Koca warns. Koca regularly shares photos and videos of people ignoring the rules on his Twitter account. Sometimes, it is a man sleeping in a public bus with a face mask covering his eyes instead of his mouth and nose. In another video, it is a convoy of vehicles, with people getting out of cars to dance on the street in traditional celebrations to see off conscripts to the army, a custom exclusive to Turkey. Other videos circulating on the web and making rounds on TV show people ignoring social distancing or not staying at least 1.5 meters (4.9 feet) away from each other on popular beaches and esplanades especially in big cities like Istanbul.

Istanbul residents swarmed the city’s shores and parks on the first weekend with no coronavirus lockdown last Saturday and Sunday. Crowds not wearing masks and standing close to each other sunbathed, swam, picnicked and partied outdoors, prompting Koca to tweet “let’s not normalize too much.”

As he announced the latest figures related to the pandemic, Koca said on Sunday that contact tracing revealed 58 new infections were caused by a send-off gathering for a soldier, and a separate visit by well-wishers to someone who was sick led to 150 additional cases.

On Sunday, authorities confirmed 2,647 more recoveries from the coronavirus, bringing the national total of recovered patients to 137,969. Over the past 24 hours until Sunday night, 23 new fatalities were reported, taking the death toll to 4,692.

Health care workers tested 35,335 patients for the virus in the past 24 hours, bringing the total number of tests above 2.33 million. According to the test results, the total number of COVID-19 cases in the country reached 170,132 with 914 new infections. Currently, some 274 patients are being treated in intensive care, the ministry data showed.

The government imposed another weekend curfew last week in 15 cities, to the chagrin of millions who hoped easing of restrictions would continue with the lifting of weekend lockdowns. The decision, taken on Thursday night, was canceled Friday morning by President Recep Tayyip Erdoğan, who said he decided to cancel the decision upon public demand and concerns that it would lead to “different social and economic consequences.” The news was a relief for people who were longing for a summer weekend for a while and those seeking to spend their weekends out of town as travel restrictions were lifted.

People 65 and older and minors are still barred from leaving their homes except for allotted times during the week. Senior citizens are allowed out every Sunday. The health minister said last week that 93% of fatalities from COVID-19 occurred among those older than 65.

Experts had predicted the number of cases would drop below 500 in June, but so far, it floated around 1,000. A pandemic simulation based on current trends had projected daily cases to fluctuate around 500 in late May and June, if the public adheres to mask, personal hygiene and social distancing rules. The period, which corresponds to the start of the normalization process, points to the contrary, while Turkey strives to step up inspections of businesses and crowds for compliance with rules. Violation of the rules is subject to fines.

The Health Ministry revised Monday the coronavirus measures for the health care sector and patients as part of the normalization process.

An official letter by the Health Ministry, which was sent to governors' offices in 81 provinces as well as all health institutions in Turkey, said that some of the restrictions that had been implemented due to the outbreak are partially or totally lifted.

According to the new rules, patient visits will be allowed for one person to meet the needs of the patient and the visit can be made after working hours. Visits are not allowed in intensive and palliative care units.

On condition of complying with the rules set up by the ministry, patients in the child and newborn sections can be visited once a day if they are not diagnosed with COVID-19. Those who are COVID-19 positive will be visited upon permission by the doctor and with the necessary precautions taken.

A letter previously prohibiting health workers to take leave or quit their jobs, which was placed in March due to the need for them during the fight against the pandemic, was also annulled. According to the new regulation, health personnel are now allowed to go on leave or to quit their job as of Monday.