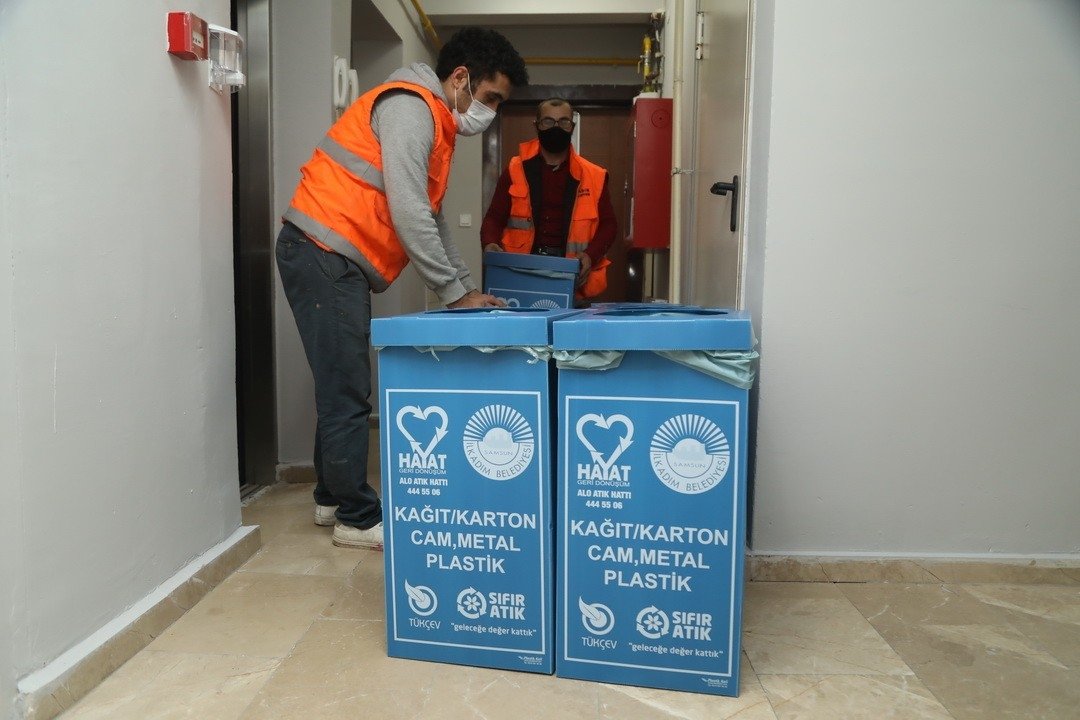 Turkey has updated its regulation on recycling in a bid to speed up the ambitious Zero Waste project. Under the new rules, every building, from office buildings to residential apartments to villas, will have separate recycling bins for glass, paper and plastic waste. Open-air marketplaces will also be subject to recycling measures to prevent excessive food waste.

The country had adopted a series of regulations first in 2019 for zero waste policies to curb the use of plastics, food and textile waste and set up recycling points. A Zero Waste project, initiated by first lady Emine Erdoğan in 2017, also gathered momentum in Turkey, with most public institutions, municipalities and some private companies adopting the recycling scheme.

Under the updated regulation, open-air marketplaces, both for customers and retailers, will be required to set up equipment to store biodegradable waste. Apartment buildings, condominiums, villas and similar residential places will also be required to house “equipment” (dumpsters, etc.) for separate storage of recyclable waste. Authorities will also be mandated to set up Waste Storage Centers for the public to dispose of their recyclable waste in other places.

Elsewhere, the government aims to raise awareness of recycling through campaigns promoting the practice and teaching students at grade schools about the benefits of zero waste.

Zero waste practices have so far led to recycling 24.2 million tons of waste and saved Turkey $2.1 billion (TL 30 billion). Overall, Turkey saved 315 million kilowatts per hour (kph) of energy and 345 million cubic meters (12.2 billion cubic feet) of water. The project has helped the country fight climate change and prevent up to 2 billion tons of greenhouse gas emissions and saved 209 million trees from being cut down. Figures also show that Turkey saved 50 million barrels of oil and 397 million tons of raw material by simply recycling materials, from paper to plastic.

The country, among the world’s developing economies, pursues sustainable development goals with the help of this project. In a world where the solid waste amount is expected to reach 3.4 billion tons in 2050, recycling remains a key issue. Turkey itself will produce an annual 38 million tons of household waste within the next two years.