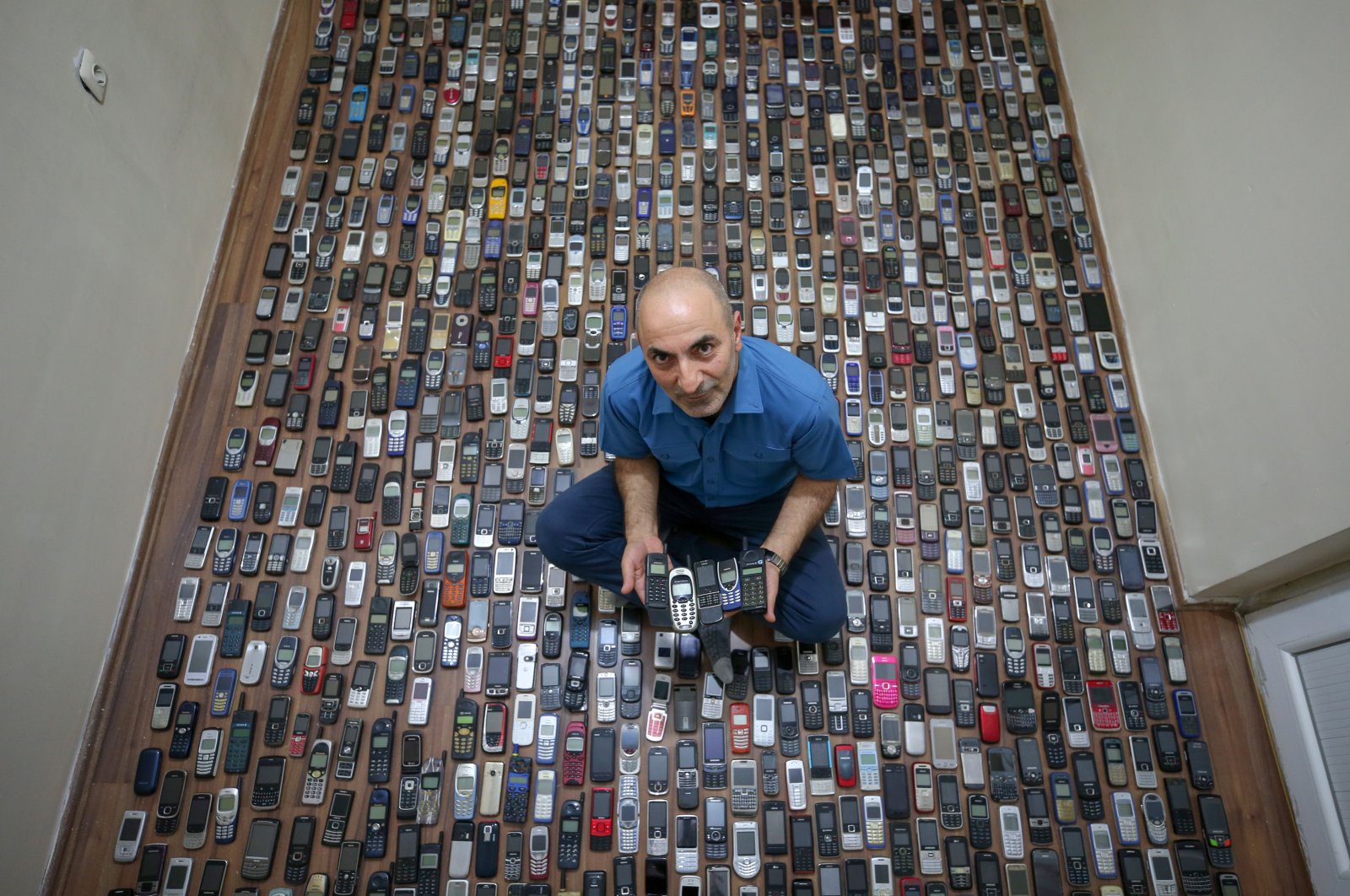 Şahabettin Özçelik started fixing cellphones as a profession two decades ago. Since then, cellphones have considerably evolved, but his attachment to the device he made a living from did not. Today, he has a collection of 1,000 phones, almost all from an era where people would push the buttons to call someone instead of touching the screen.

Özçelik, who lives in the eastern province of Van, filled a room in his house with his collection of phones, which were most popular of their era. He says his collection was larger, but burglars who broke into his home stole 700 cellphones two years ago.

“I started doing this job because of my interest in cellphones. One day, I decided to start a collection, thinking they would be outdated soon. All phones in my collection still work, but they are no longer manufactured,” he told Anadolu Agency (AA) on Thursday. His collection includes phones he purchased and those discarded by previous users. “They are all rare models and very valuable. Some buyers approached me and wanted to buy some, but I did not sell. It is a difficult job to keep them maintained, but I want to keep them in the best condition as much as I can,” he said.