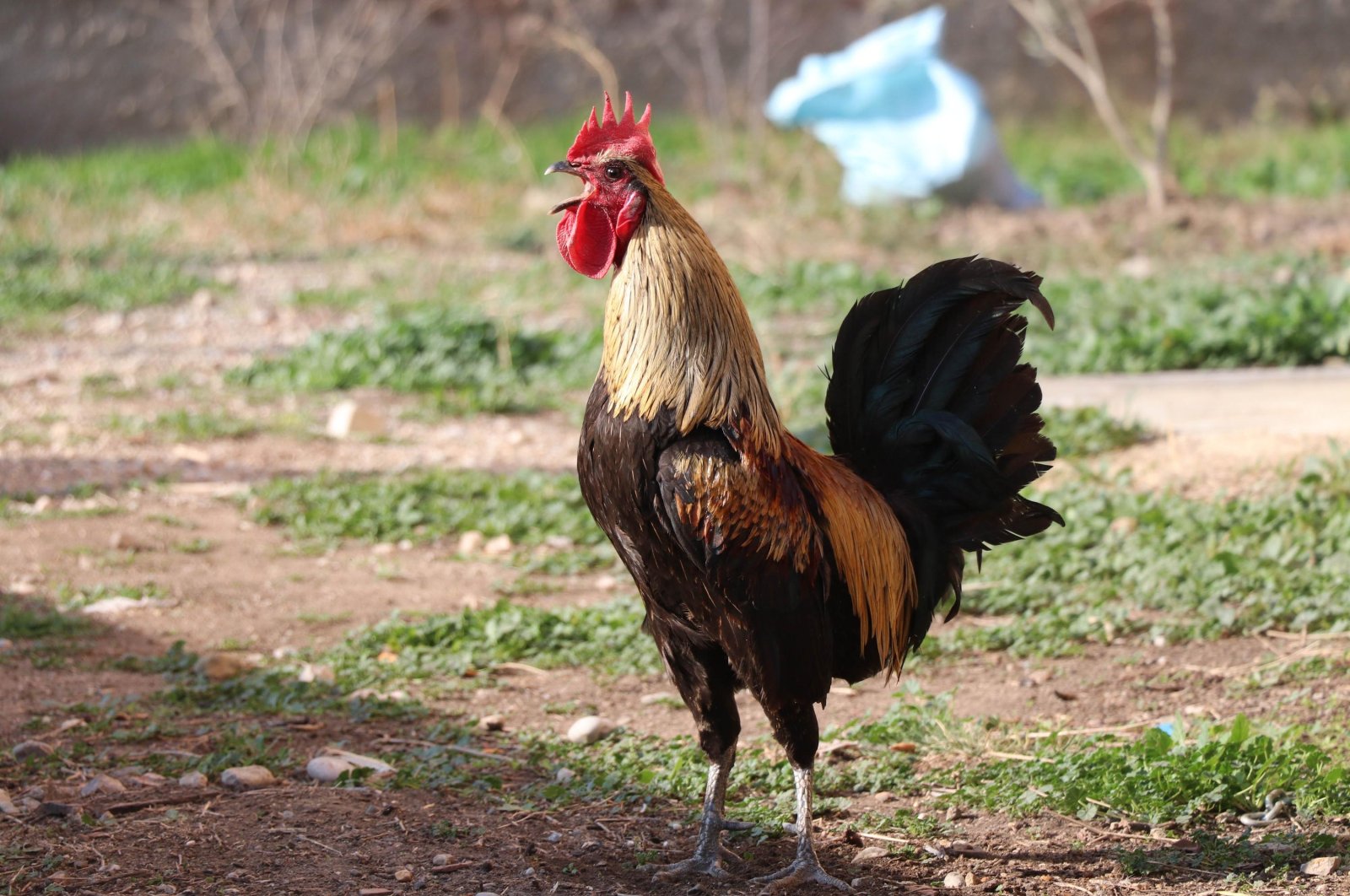 Bahtiyar, the rooster, achieved social media fame for an unusual aspect of his daily routine. The rooster went viral after it uninterruptedly crowed for about a minute and a half before collapsing, falling backward out of breath.

The animal, hailing from the western province of Denizli – the country's rooster hub – belongs to Okan Gökbudak, a textile worker who raises roosters as a hobby. Gökbudak says he was flooded with offers to purchase his rooster after he posted the video online. “Someone called from abroad and offered me 1,250 euros and another caller offered me his car in return for Bahtiyar,” he told Demirören News Agency (DHA) on Thursday. The 1-year-old rooster who lives in a coop in the Merkezefendi district will remain in Gökbudak's care. “He was still a cockerel when I bought him, and I raised him. I love him very much, and I never think of giving him to someone else,” he said. Concerned that Bahtiyar could be stolen, he keeps him in a cage in his bedroom at night.

Gökbudak says he filmed the video in the spur of the moment, intending to capture Bahtiyar's daily routine when the crow let out the long squawk and collapsed.

Denizli roosters have been associated with the city since Ottoman times and are known for their coloring and distinct crowing. Considered a tough species due to their resistance to diseases, the roosters have become the symbol of the city. While tourists may recognize the region more for its white limestone travertines or Pamukkale, when Turks think of Denizli they think of the rooster. Last year the local municipality erected a 27-meter-tall (88.58 foot) statue of the bird atop a hill in a bid to make it into the Guinness Book of Records, which according to locals is the tallest of its kind.

The roosters raised in the province can be distinguished from other roosters by the sound of their crowing, and according to Mustafa Ünal, collapsing while crowing is fairly common. Ünal, who heads a department of the local Directorate of Agriculture in charge of raising local rooster breeds, says other species can only crow for up to five seconds, but the Denizli rooster can crow longer, sometimes for over 20 seconds. “The longer it lasts, the more difficult it is for those animals to control their breath, and they eventually lose their balance,” he told DHA.