Roosters saved from life in the cockfighting ring in Turkey 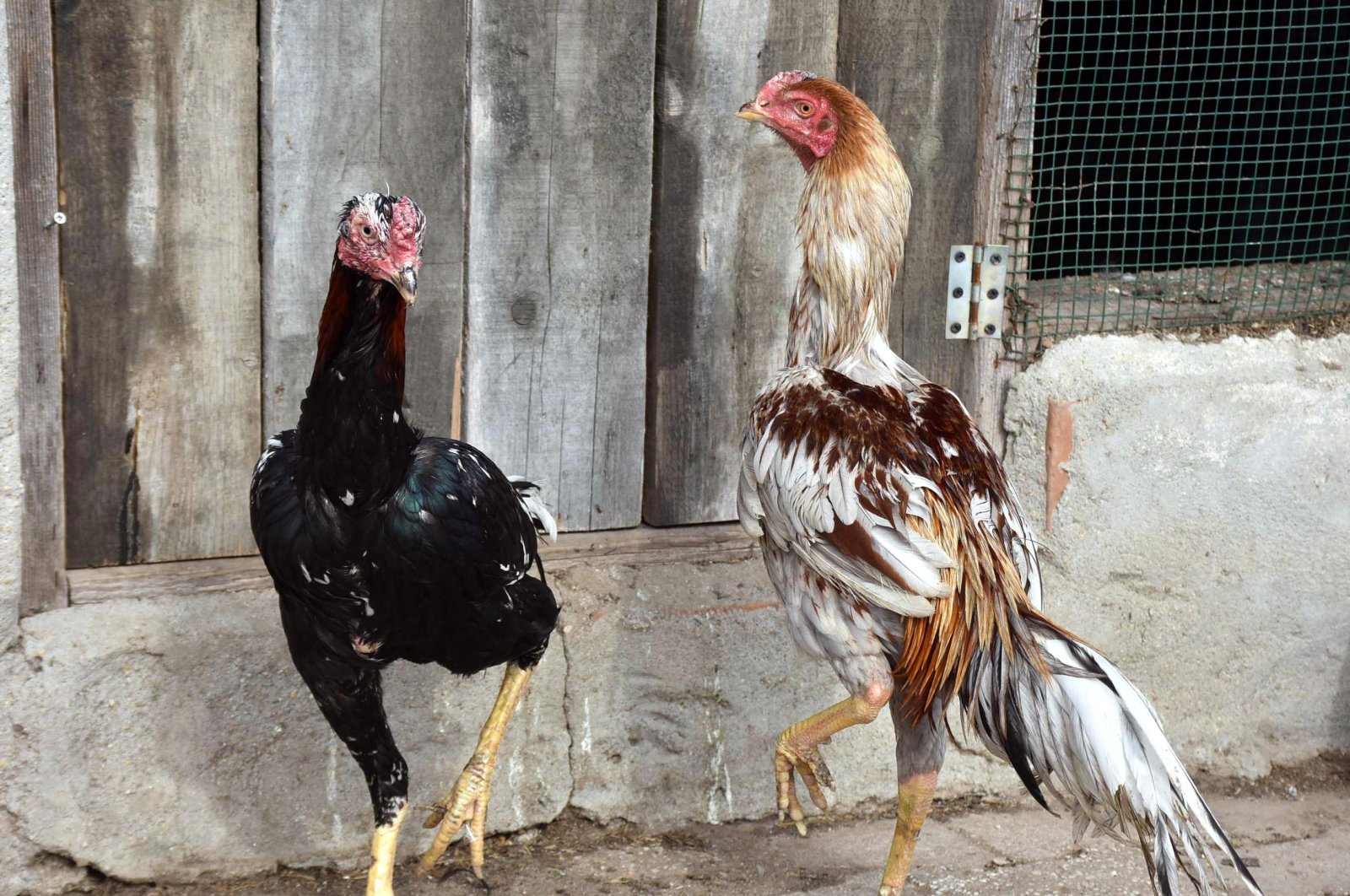 Previously forced to fight to the death in illegal cockfighting rings, a number of roosters have since been rehabilitated with the help of veterinarians at a shelter in the northwestern Turkish province of Edirne.

Sixteen roosters saved from a life in the ring are getting used to more peaceful existence at the trustee shelter. Police deliver all animals involved in crimes to the shelter, where they are cared for and treated before their fate is decided. Well-fed and housed with chickens, the birds soon settle back into normal life, fathering dozens of chicks.

The roosters were discovered in a coffeehouse that had been converted into a cockfighting ring, during a police crackdown. They were kept in secret compartments by handlers profiting off their backs in lucrative betting circles. Seven suspects were detained in the operations while the roosters were delivered to the local park authority.

Their former trainers only faced a number of fines due to the lack of a comprehensive animal rights law, as punishment could only be meted out on the grounds of mistreatment of animals.

Roosters with scars from trauma and countless fights spend their days in the shelter, awaiting the day a court will issue a ruling on them.

Kemal Çokal, a veterinarian at the shelter, said the roosters have been through an ordeal. “They are specially trained to fight by their handlers and are fed special grain to develop their hormones and make them more muscular," he said.

"These are not people who love animals – they raise them just for the money,” Çokal said, adding that they organized special tournaments based on the animals’ size. “They are kept in dark places to make them more violent and not allowed to get closer to each other or other animals. Most roosters are also not treated after surviving the fight and are often left for dead. The animals are brainwashed to fight each other as they are trained to dominate each other in the ring,” he said.

“Fines are not a deterrent. We see crimes against animals all the time in the news. You can’t prevent this without effective sentences. Roosters are in danger in particular as they also help their owners earn a lot of money. The fines are very low compared to these people’s profits from illegal fighting," he said.

Çokal said not every rooster is picked for fighting and that those few eligible for fighting were sold for very high prices, sometimes up to TL 40,000 ($5,840).

A bill on animal rights prepared by lawmakers has still not passed in Parliament. Once enacted, it will redefine animals as living beings instead of “commodities” under the current law and will severely punish any crime against them while boosting the rights of animals.

Yağmur Islattı, the Edirne representative of an animal rights organization, says those pushing roosters into cockfighting rings were “murderers.”

“It does not matter how you commit a crime against an animal. Animals, because of their very nature, can engage in a race for superiority, and when one animal dominates the other, the other will pull back. However, in cockfighting rings, they are forced to remain cages while the weak are pushed into the ring to die. This is the product of a warped mindset,” she said.