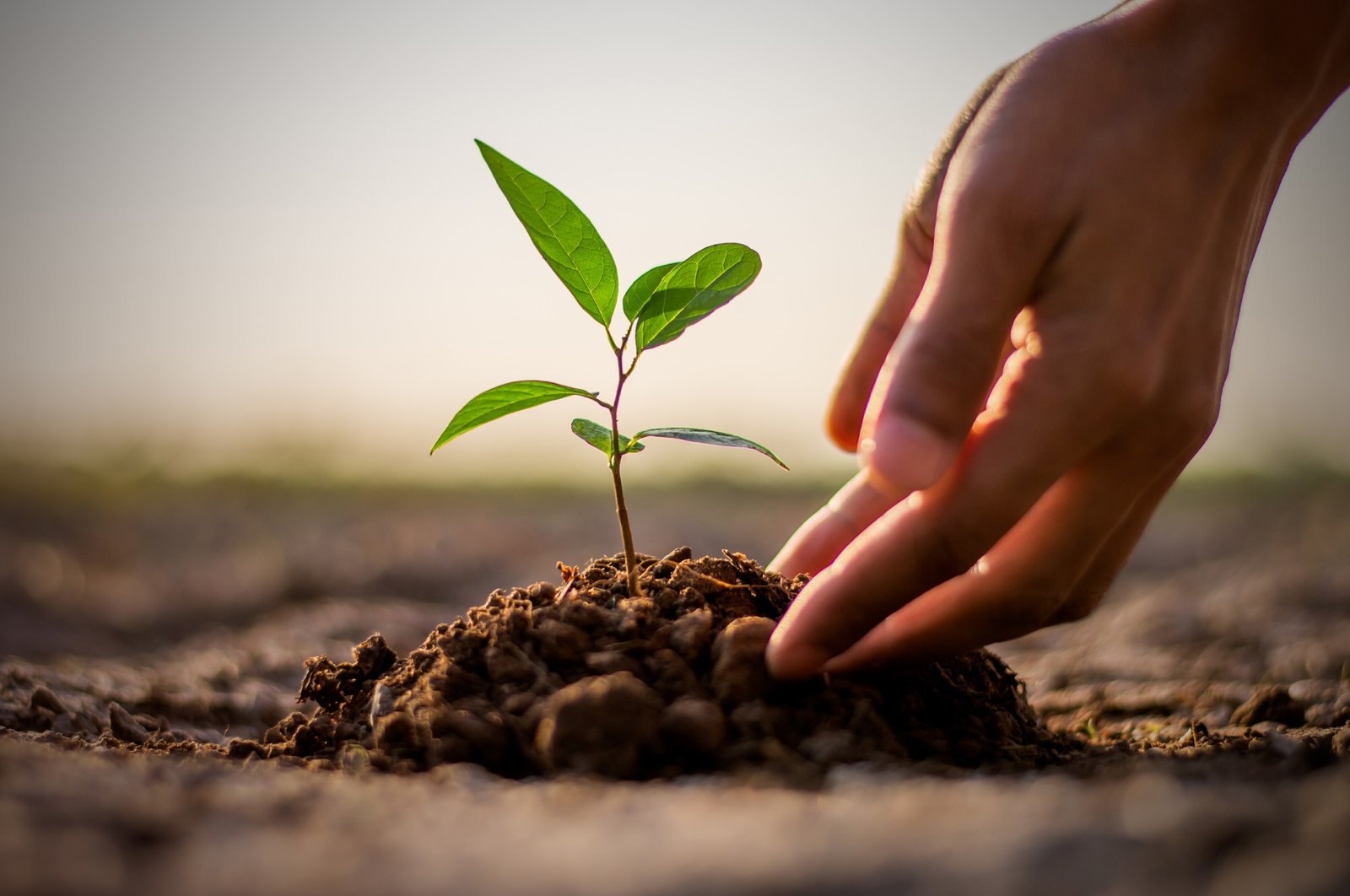 This illustration photo depicts a seedling being carefully planted. (Shutterstock Photo)
by Daily Sabah with IHA Aug 19, 2021 9:08 am
RECOMMENDED

While Turkey was struggling with forest fires, tens of thousands of Koreans donated more than 120,000 saplings to Turkey upon the call of the South Korean Volleyball National Team Captain Kim Yeon-koung for sapling donation.

The national volleyball teams of Turkey and South Korea met during the quarterfinals at the Tokyo Olympics 2020, held this year due to the pandemic in August. Kim, who has played in Turkey before, made a call to donate saplings to Turkey on the behalf of the South Korean National Team to regrow trees damaged in the forest fires in Turkey. This call quickly became a hot topic in the country. The Korean sapling donation hashtags rose to the top on Twitter.

Korean nature lovers highlighted the friendship between the two countries with sapling donations, while forest fires were ravaging the country. Koreans invited other nature lovers to join the campaign by sharing the donation certificates sent to them when they donated through their social media accounts. The donations hit 120,000 saplings in one day.

“We will protect the saplings you entrusted to us like our deep-rooted friendship,” a Twitter user said.

ÇEKUD published a thank you message in English and Korean on social media, addressing Koreans who are as upset as the Turkish people about the forest fires.

“Dear friends in Korea, forests, a major source of life, have been burning for a week, in Turkey and several other spots in the world. You have showed your support by standing with us and generously donating thousands of seedlings. We heartily express our gratitude for your contribution. We intend to protect and nurture the seedlings you have entrusted us with, like our longstanding friendship. We again deeply appreciate your kindness." They said.

In addition, a message in Korean was sent to Kim to thank the South Korean Volleyball Team who called for the donation.