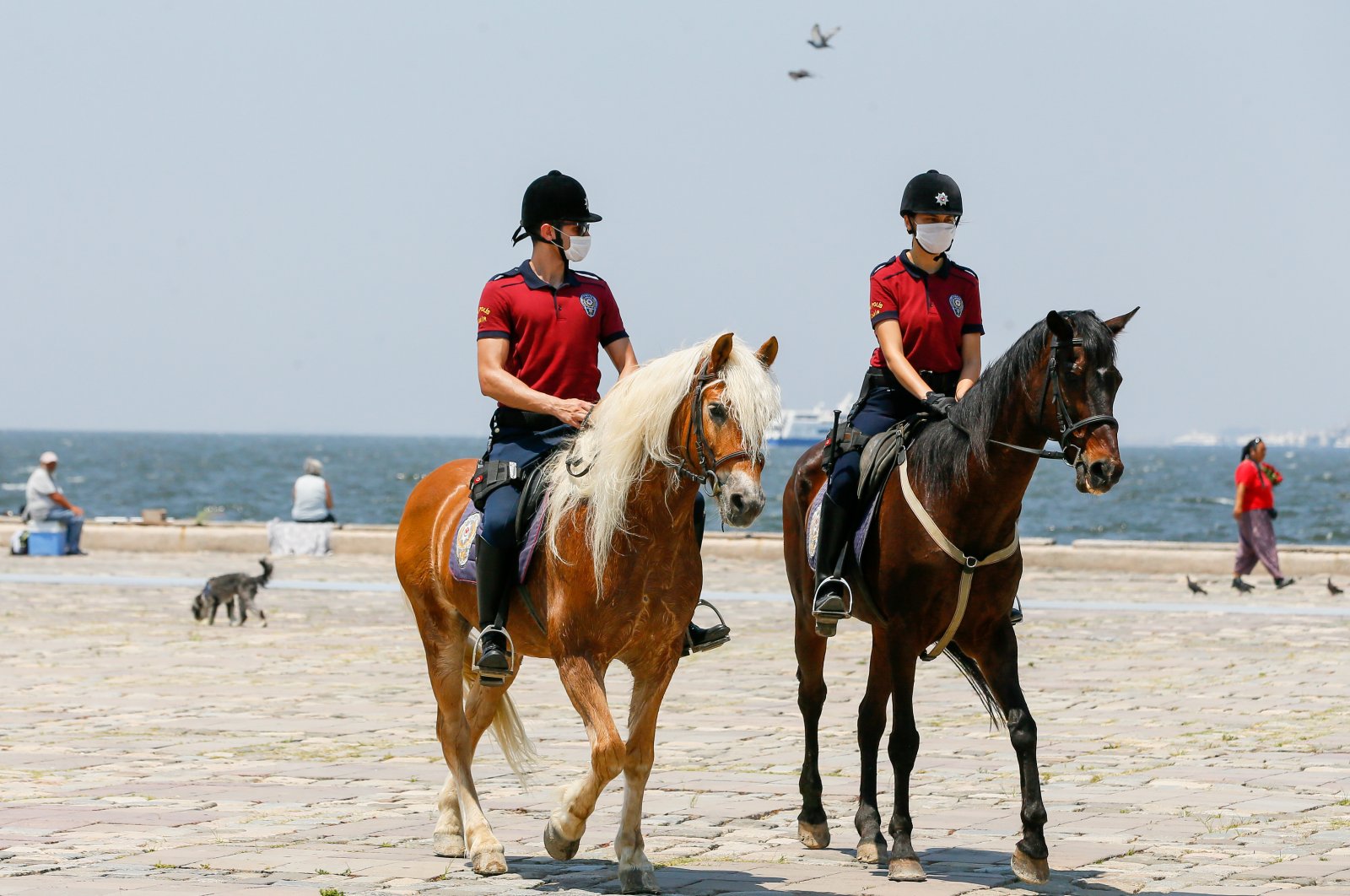 Horse-drawn carriages were a familiar sight for Izmir citizens for decades, with stops next to piers on both the southern and northern coasts of the gulf separating the city, carrying those who landed from ferries to their destinations. Yet, amid outcry from animal rights activists that horses suffered, the municipality decided to ban them last summer. Some horses were brought to a nature park while others were donated to public agencies.

Antonio and Mariuş, the two Haflingers now with the police force, once pulled tourists along the famed seafront Kordon. After about one year in orientation, the duo now works both in training mounted police and in patrol. Uğur Alan, Izmir’s deputy police chief, told Anadolu Agency (AA) that they set up a mounted police unit in 2001 with five horses and now have 11. More horses could join the force in the future, he said.

“Haflingers showed great harmony with other horses. Along with training and patrolling, they are used in rehabilitation of children with Down syndrome,” he said.