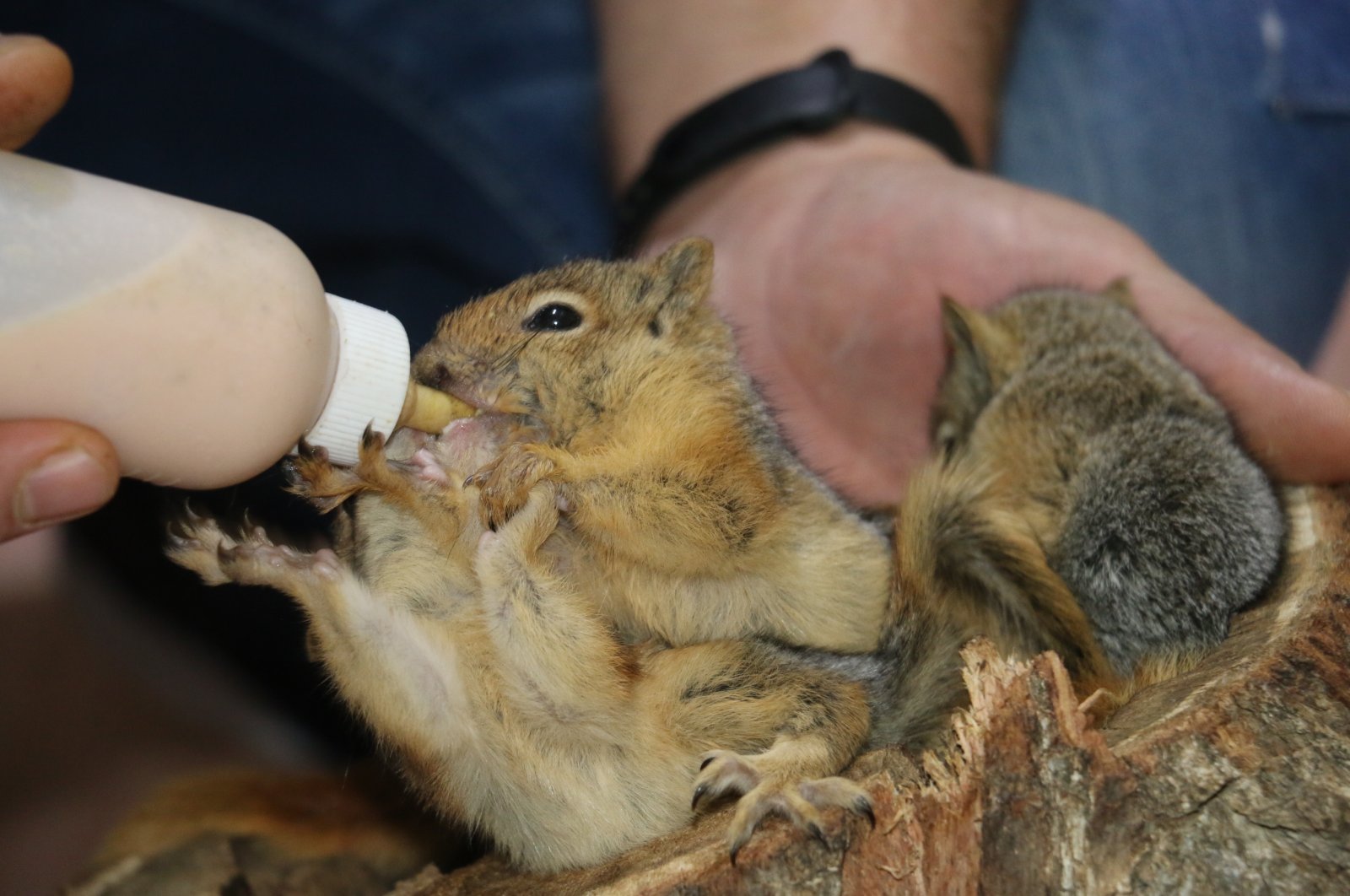 The attention of a woodchopper gave a new lease on life for four squirrels in the southeastern Turkish province of Adıyaman.

After barely escaping the axe, young orphaned squirrels are now entrusted to the care of an animal lover who is feeding them and preparing to re-wild them.

Isa Acar, who is engaged in the wood trade, was sawing a tree one day when he stopped, surprised to notice that there was a tiny squirrel back in a tree hollow.

Seeing that there were in fact four baby squirrels in the hollow, orphaned and needing care, Acar took them to Mahmut Çoban, also known as "Birdman Mahmut," a local known for taking care of needy animals. Çoban started to feed the four exhausted squirrels using a baby bottle.

Speaking to Anadolu Agency (AA) on Thursday, Çoban said that when the squirrel kits, as young squirrels are known, were brought to him, they were clearly both hungry and thirsty. "It gives me great pleasure to look after these baby squirrels. I've raised a lot of squirrels and then reintroduced them back to nature," he said.

Çoban said that he most willingly takes care of stray and needy animals, adding that saving a living thing for him is the best feeling in the world. Meanwhile, the baby squirrels became the talk of the town, attracting locals who want to catch a glance at the young, bushy-tailed mammals.