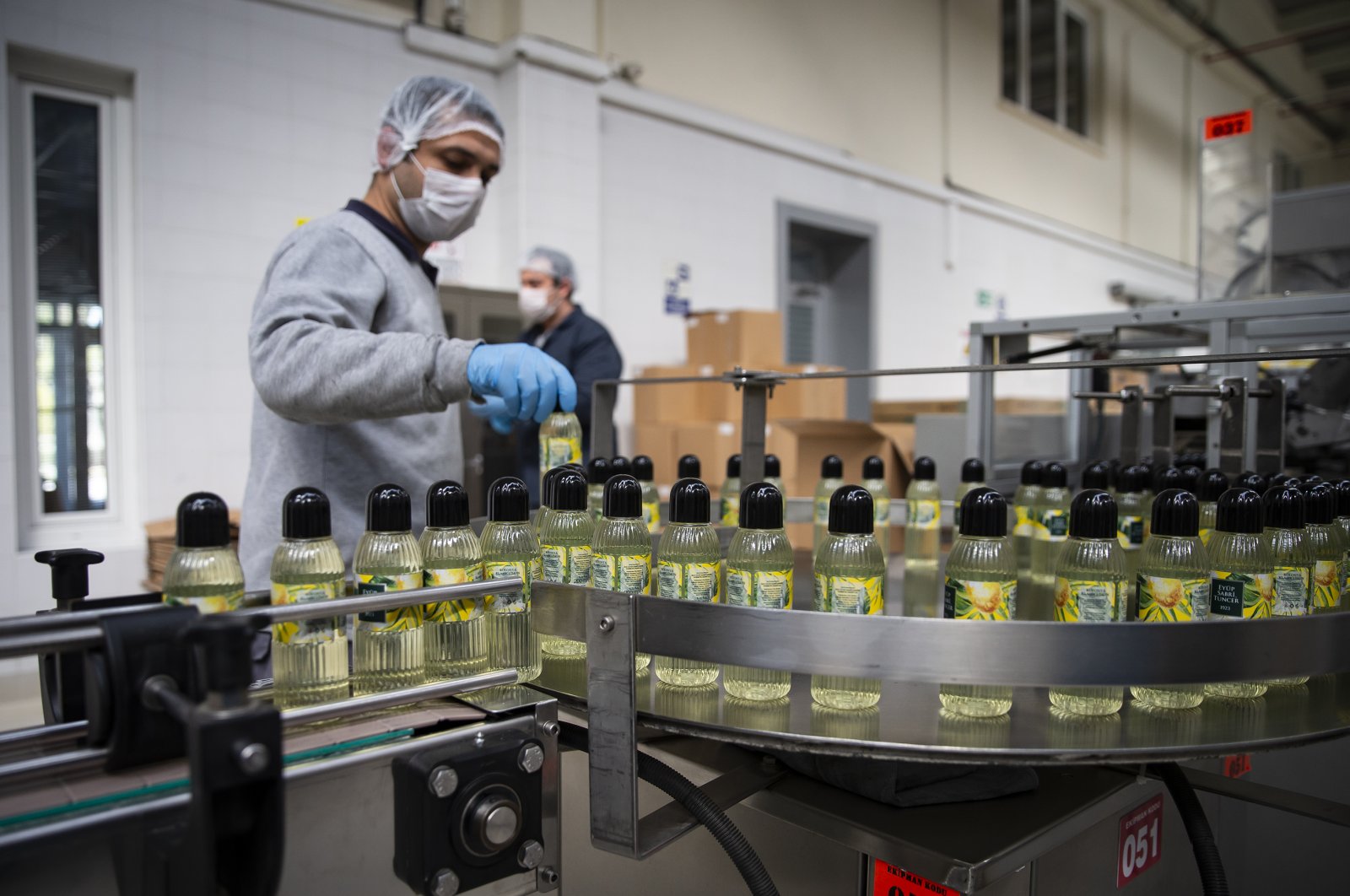 To weather the coronavirus threat, Turkey, like all countries, needs strong public healthcare measures and wise leadership. But in its age-old traditions, perhaps it already enjoys an unexpected edge.
For in recent weeks the popularity of traditional Turkish cologne has soared, an evergreen symbol of hospitality that people now look to as a valiant guard to help ward off germs.
For in offering ethanol-based cologne (kolonya) to their guests, people realized they were not just being welcoming, but also providing a natural disinfectant.
This tradition may be one of the weapons in Turkey’s arsenal that so far has kept cases of the virus in the country relatively low and might help stave off higher numbers in the months to come.
Turkey to date has fewer than 20 confirmed cases of the virus, most of them associated with people who recently traveled abroad, including to Europe, the U.S. and Saudi Arabia.
In Turkish tradition, cologne is offered in a variety of situations as a pleasant fragrance: after a haircut, on a bus ride, after a trip, when guests arrive or when visiting a friend in the hospital.
After the first case of coronavirus in Turkey was announced last week, Turkish people flocked to local shops to stock up on cologne. "The demand for citrus-scented colognes, and especially lemon, leaped fivefold," Engin Tuncer, the owner of top Turkish cologne producer Eyüp Sabri Tuncer, told Anadolu Agency (AA).
In front of the cologne’s branded retail shop in the capital Ankara, people line up in queues nearly 100 meters (328 feet) long to get their cologne from the source, he said. "Some people brought in empty 20-liter plastic bottles to get filled with cologne, but we sell a maximum of 1.5 liters per person," he added. In fact this amount would be enough for two months when used properly, he added, as just 3-3.5 milliliters of cologne per person on washed hands suffice. Thus, there is no need for hoarding.
On Turkey's decision last week to temporarily stop requiring ethanol in gasoline to help to boost disinfectant production, Tuncer praised the move.
Suspending ethanol’s use in gasoline will provide an additional 20,000 cubic meters for the production of disinfectants and colognes in the country, according to Turkey’s Energy Market Regulatory Authority.
Touting his company’s cologne range, Tuncer said it offers nearly a score of cologne scents.
"Lemon cologne includes at least 80% ethanol," he pointed out, while other common scent varieties - jasmine, tobacco, lavender, amber and white tea - include more than 70% to serve as a disinfectant. As demand in Turkey has soared, Tuncer added, the company is declining requests from abroad to concentrate on the domestic market. "As we thought that people in our country might need such an antibacterial product, we didn’t find it proper to sell cologne abroad,” he explained. He added that the century-old company is now focusing on cologne production and has put other products it offers - refreshing towels, liquid soap, hand and body cream, shampoos - aside for the time being.