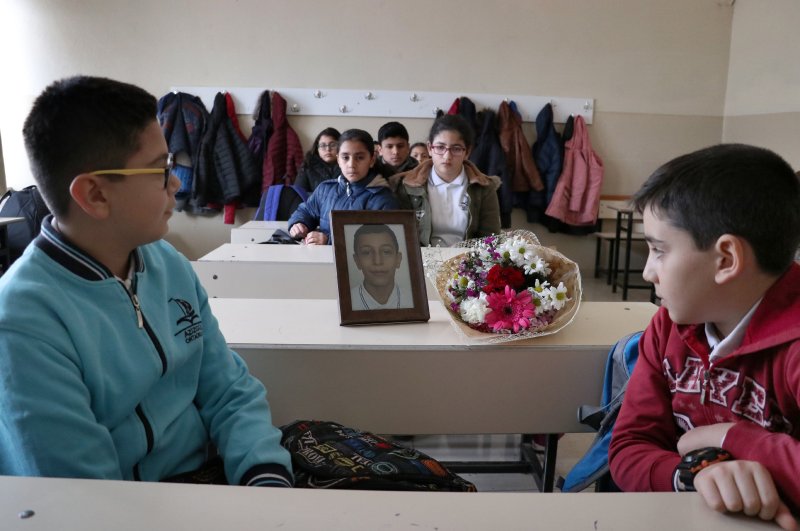 Schoolchildren in the eastern Turkish province of Elazığ attended school Monday for the first time after an earthquake devastated the region last month. The 6.8-magnitude quake jolted Turkey's Elazığ province and its neighboring provinces on Jan. 24.

According to Turkey's Disaster and Emergency Management Presidency (AFAD), a total of 41 people in Elazığ and neighboring provinces died as a result of the tremors. Turkey's Education Ministry decided to temporarily close the schools in the affected regions, extending the semester break for three more weeks.

After the additional holiday, over 400 public and 80 private schools reopened for nearly 9,000 teachers and over 125,000 students. Students said they had missed school and their friends since the closure, hoping to catch up with the syllabus they missed during the vacation soon.

Yusuf Öz said he was happy to reunite with his friends and hoped that he would never have to face such a disaster again. Belinay Şener, another pupil, said they had fallen behind the study schedule because of the earthquake, but wanted to study hard to get back up to speed. Muhammed Melikşah Ucur, a fourth-grade student, said he was happy to meet his friends and teachers after such a long time away, while Emine Aysan said the time away from school had been distressing at times and that she hoped all would be back to normal soon.