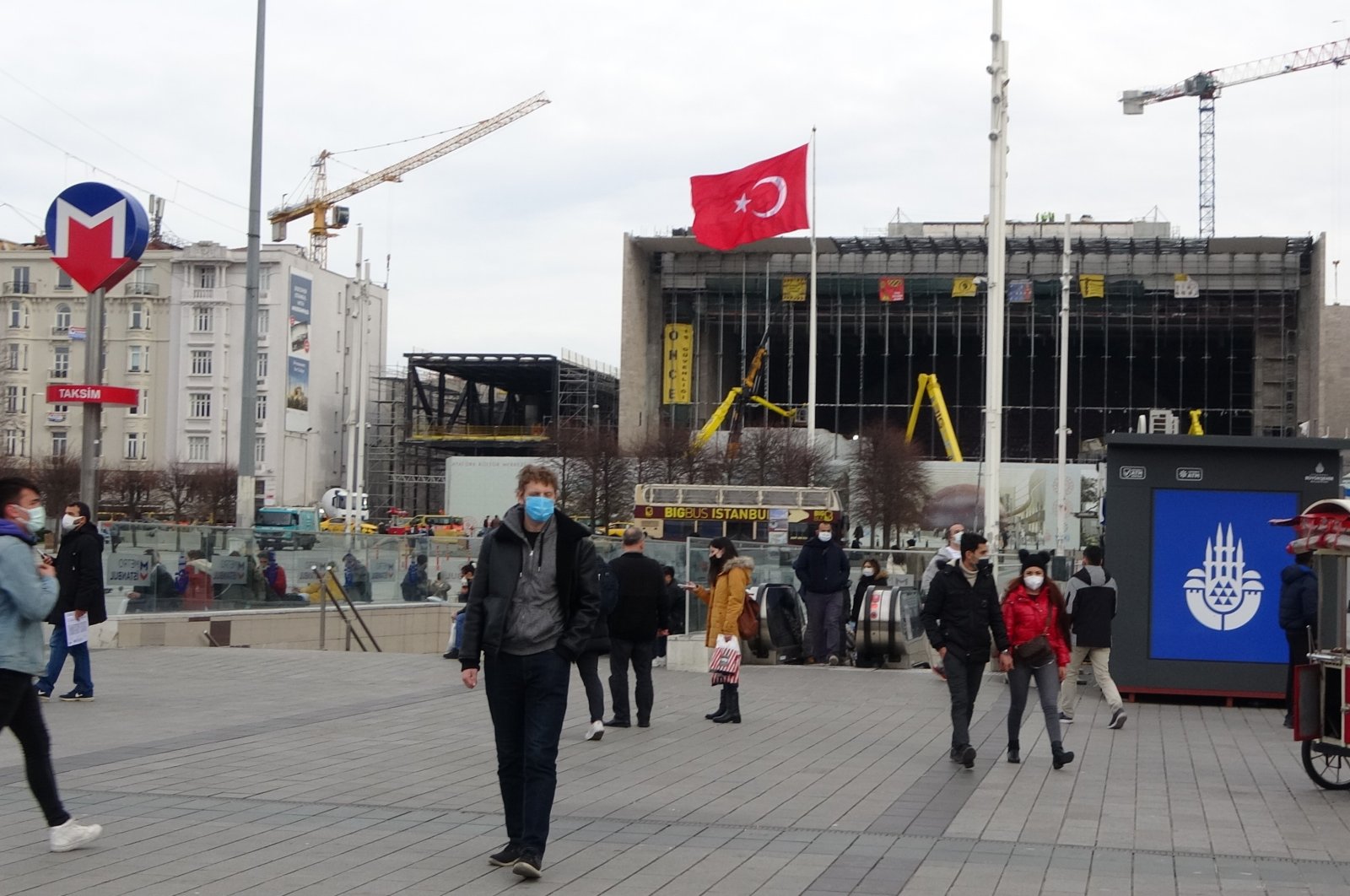 In comparison to the Wuhan, United Kingdom and Brazil variants of the coronavirus, the South Africa strain is the key representative to determine the efficacy of vaccines on mutations, professor Serhat Ünal, a board member of Turkey’s Coronavirus Scientific Advisory Board, told Sabah daily on Sunday, cautioning that stricter hygiene and social distancing should be implemented.

Speaking to the newspaper, the professor also said that the South African variant spreads faster and is clinically harder to recover from.

“There are some changes in the Brazil and especially South Africa variants when compared to the general virus,” he said, adding that the COVID-19 antibodies still block the viruses from infiltrating the cells but much more is needed to stop the South Africa and Brazil variants.

“The Brazil and South Africa variants require between eight and 10 times more antibodies, showing that these strains are more resistant to vaccine antibodies,” he said.

Ünal also said that studies show vaccine efficacy is decreased when faced with the new variants.

“The U.K. strain is no problem for the vaccines. The South Africa variant demands eight to 10 times more antibodies but vaccines still stop them, albeit with difficulty,” he added.

“Studies show that inactive vaccines are also effective in stopping the reproduction of the virus,” Ünal said.

“If vaccines fail to stop the spread of the virus, regulating them according to the spike protein will be necessary. The whole virus is used in the preparation of the inactive vaccines, and including both Wuhan and South Africa variants will be needed to produce mRNA vaccines. Science has the answer for this. What matters is to stop the spread of this more contagious virus. If it spreads, so will the mutations,” he said.

Ünal also cautioned the public to abide by the social distancing and hygiene rules, saying that the workload of the health workers will be eased if people stay cautious, consequently stopping the spread and further mutations of the virus.

“Clinically speaking, there is no difference between mutations with regards to illness and treatment,” he said. “The only thing is, mutations spread faster. We have to take stricter measures, wear masks and increase social distancing from 1.5 meters (5 feet) to 2 meters,” he said, further underlining the importance of handwashing and ventilating closed areas.

The Health Ministry has recently started distributing “mutation detection kits” to hospitals across the country as infections from a mutated version of the coronavirus recently rose. The ministry instructed health care workers to run a second test for each person who tests positive for the coronavirus to check whether they are infected with the new variants.

Last month, the Health Ministry announced that 128 citizens were infected with the mutated coronavirus, and there were cases of the “U.K. variant” in 17 cities. The country has suspended flights to and from a number of countries as the infections were detected in people who traveled abroad.

Turkey has seen an uptick in the number of daily cases occasionally in recent weeks, though no major surge was recorded.

Turkey's strict curfews in place at night and a partial 56-hour lockdown over the weekends helped in containing the number of infections in the country.

Several new variants – each with a cluster of genetic mutations – have emerged in recent weeks, sparking fears over an increase in infectiousness as well as suggestions that the virus could begin to elude immune response, whether from prior infection or a vaccine. These new variants, detected from the U.K., South Africa and Brazil, have mutations to the virus's spike protein, which enables the virus to latch onto human cells and therefore plays a key role in driving infections.

But it is one mutation in particular – known as "E484K" and present in the variants detected in South Africa and Brazil but not the one from Britain – that has experts particularly worried about immunity "escape."

In a new study, which has not yet been peer-reviewed, researchers in South Africa tested the variant found there – called 501Y.V2 – against blood plasma from recovered COVID-19 patients. They found that it was resistant to neutralizing antibodies built up from prior infection but said more research was needed into the effectiveness of other parts of the immune response.