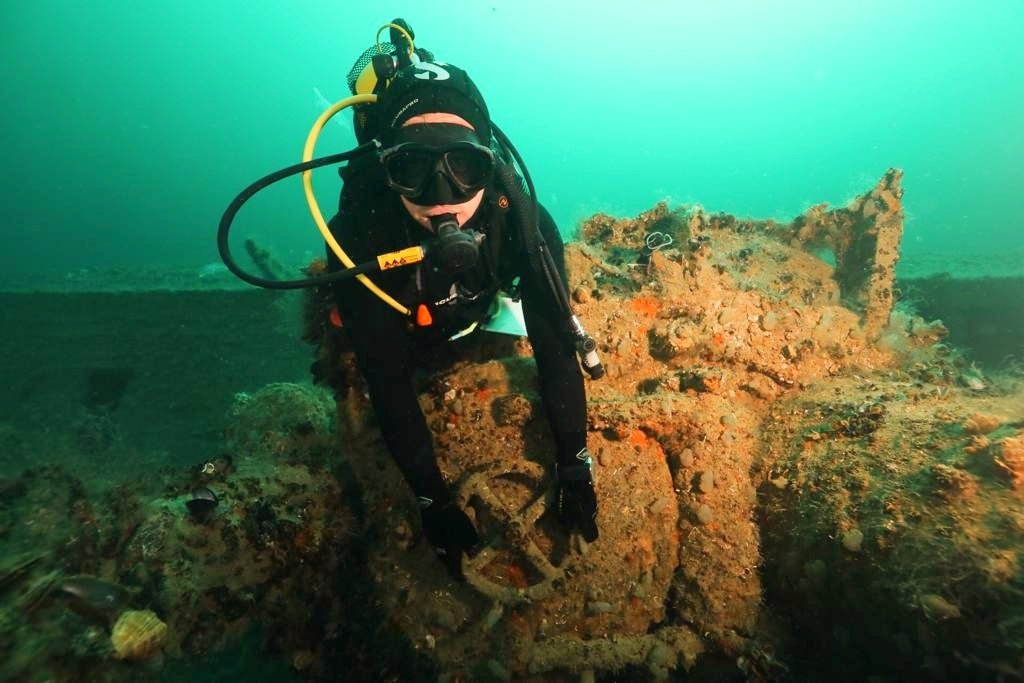 The wreck of a German U23 submarine that was scuttled during World War II off the coast of Kocaeli in northwestern Turkey will soon contribute to regional tourism. Sitting at a depth of 36 meters (118 feet), the wreck will be promoted to attract diving enthusiasts from all over the world, local officials said Wednesday.

The U23 was one of the submarines deployed in the Black Sea by Nazi Germany via allied Romania to operate against the Soviet Union during World War II. As the war came to a close, it was scuttled by its crew on Sept. 9, 1944, after it was no longer allowed to pass through the Turkish straits due to Turkey's neutrality.

Some 75 years after its sinking, the U23 was detected by TCG Akın, a submarine rescue ship of the Turkish Naval Forces Command, with a solar camera in 2019. Two years after being detected off the coast of the Black Sea resort town of Kandıra, the submarine was once again picked up by scans in April 2021.

Divers found the submarine on the sand floor at a point about 2 miles from the beach, 36 meters below the water and recorded footage of it with underwater cameras. The fact that all the parts of the submarine, including the gun and periscope, remain intact increases the importance of the wreck for diving and history enthusiasts.

Located to the east of Istanbul, Kocaeli is mostly known for its industrial zones. However, the U23 wreck is expected to contribute to tourism in the region, Kandıra Mayor Adnan Turan, who also dives frequently, told Anadolu Agency (AA).

"The discovered wreck will appeal to professional diving and will enable our region to develop in tourism. We need to promote the beauty of our region more."

Many divers, especially from Germany, are requesting to see the wreck in Kocaeli. Although the requests have remained unanswered due to COVID-19 restrictions so far, diving organizations in the region are planning to welcome divers with various programs after the pandemic.

Alper Korkmaz, one of the diving instructors in the region, explained that they will open a dive center in the region.

"We will open a diving center in the region and offer trips to the submarine for divers. We ask that divers have at least a two-star diving certificate as the U23 Submarine is 36 meters deep."

The U20, another of the three submarines lying underwater off the shores of Turkey, was found 2 miles off the coast of Sakarya's Karasu district by the TCG Kurtaran rescue ship of the Turkish Naval Forces in 1994. The U19 is waiting to be discovered somewhere off the coast of Zonguldak Ereğli, northern Turkey.