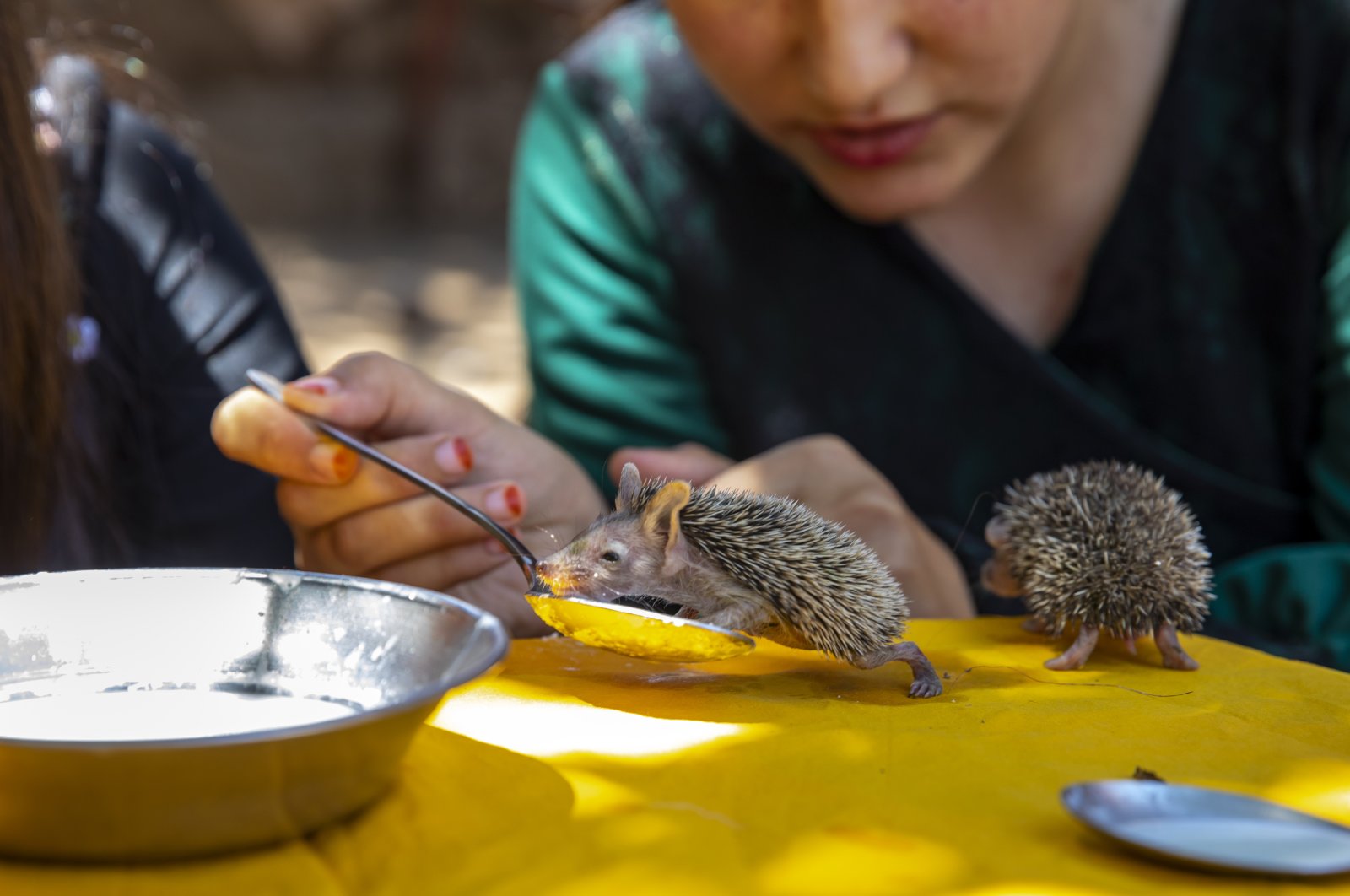 Kasım Süer and his wife have six children, outnumbering the seven orphaned hedgehogs in their care by just one.

Süer, a stable hand at a horse track in the southeastern province of Diyarbakır, is no stranger to caring for young animals. The entire family is passionate about animal care, raising birds, goats, chickens, cats, rabbits and doves on an orchard they own.

Recently, Kasım Süer discovered the family of prickly youngsters huddled under a fig tree in his orchard. The babies mother was nowhere to be found, and upon searching the neighborhood, he discovered she had ended up roadkill.

The family took in the hoglets who are now spoon-fed milk from the family cow by the children every day. Süer says he will release them when they grew up and are able to support themselves. His 13-year-old daughter Sultan says the hoglets have almost become like “siblings” to them. “We will not let them die,” her sister Sümeyye says.