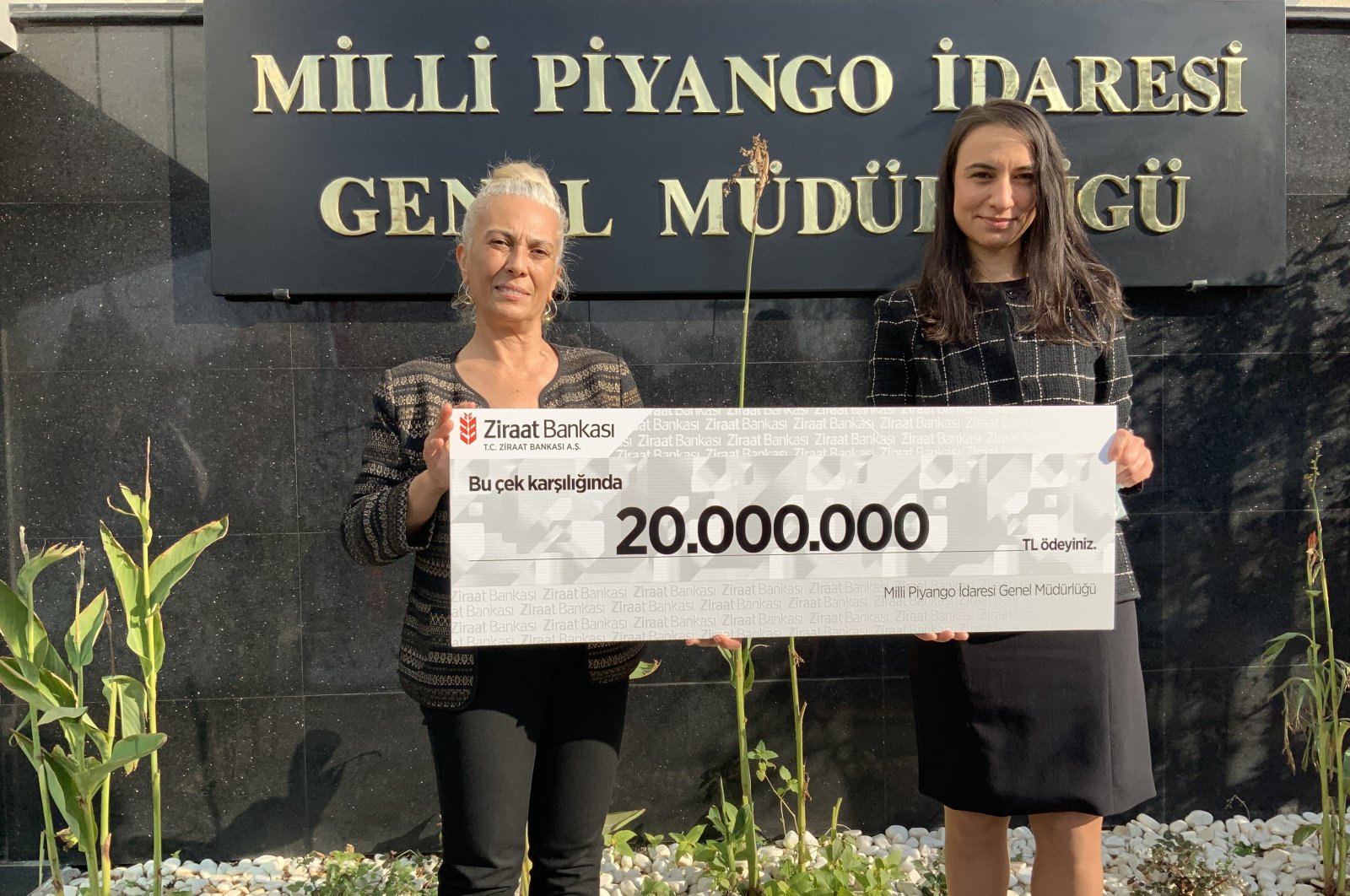 A National Lottery representative and a Ziraat Bank employee who received the prize on behalf of an anonymous winner, pose with a symbolic check for the prize, in the capital Ankara, Turkey, Dec. 3, 2020. (AA PHOTO)
by DAILY SABAH Dec 03, 2020 6:13 pm

The fourth and last winner of a big prize from a New Year lottery was announced Thursday only 28 days before the expiration of the winning ticket. The winner, who preferred to remain anonymous, had bought the ticket and had forgotten about it, Turkish media outlets reported.

Anadolu Agency (AA) reported that the winner lives in the western province of Izmir and bought the ticket from a vendor in the province’s Konak district. The unnamed winner was a 53-year-old father of three and had an average monthly income of TL 3,500. AA reported that the man told lottery officials that it was purely by coincidence that he found the ticket, as he did not remember buying at all. He was sifting through a folder of documents containing a lease contract for his shop. The winner of the ticket needed to renew his shop contract which was due to expire at the end of the year, like the lottery ticket. When he noticed the ticket in the file, it dawned upon him that he bought it last year and never checked it.