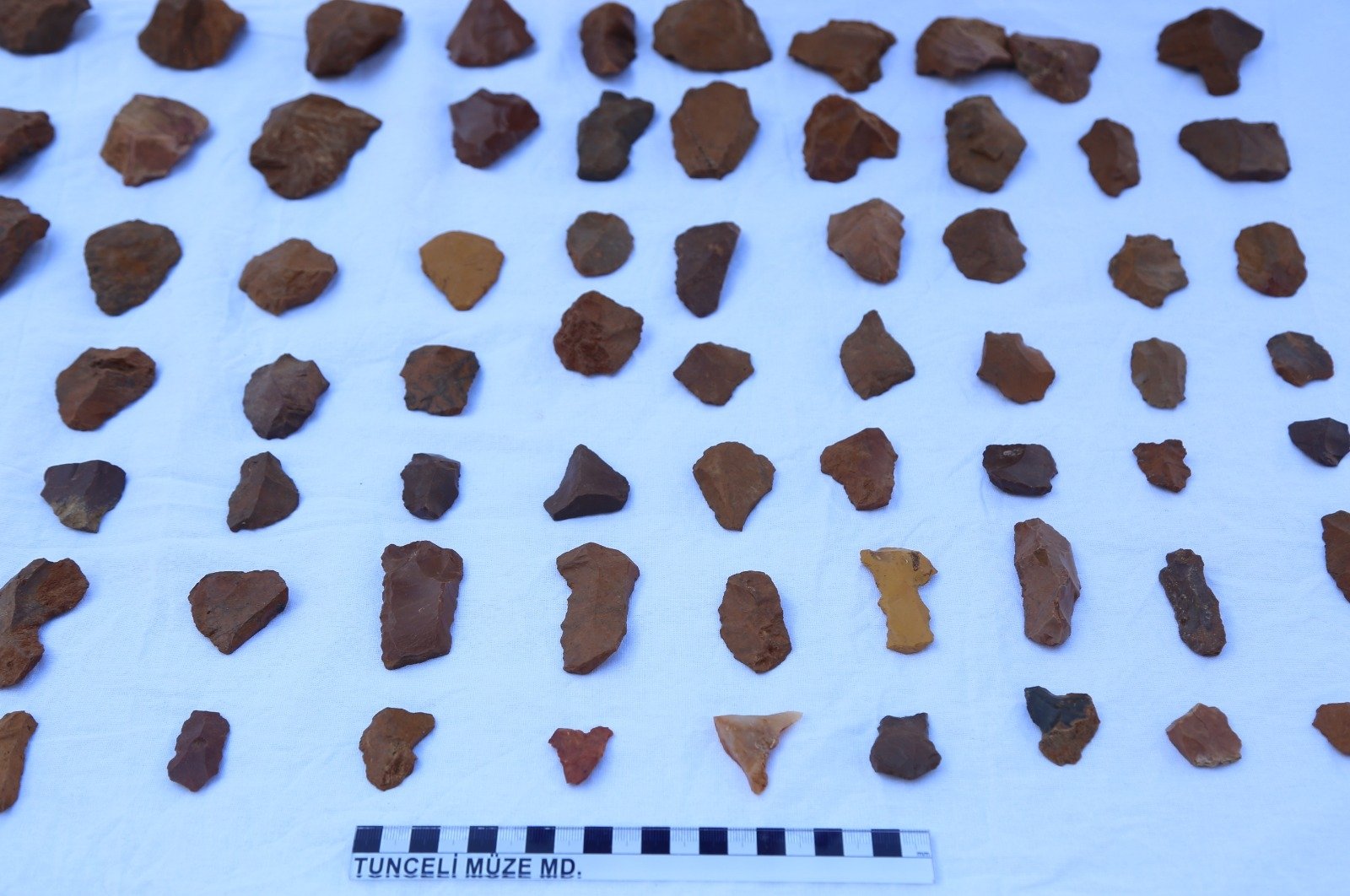 According to archaeologists, a 16-year-old boy who stumbled upon a host of old, stone implements in eastern Turkey has landed upon a find that can cast more light on early human civilization.

The young shepherd, Umut Can Öner, contacted archaeologists who were working on a nearby dig in the district of Ovacık, in the eastern province of Tunceli, about a set of strange tools he had discovered.

Four days of excavation work in the area revealed remains from the Epipalaeolithic and Upper Paleolithic periods. Archaeologists say they are the oldest examples of a human settlement in Turkey’s northeast region.

Yasemin Yılmaz, an archaeologist working in the area, told journalists that they had been conducting excavation work in Tunceli since 2015 and found traces from all archaeological periods in the province.

Research is still underway, but Yılmaz said these new discoveries likely dated back some 20,000 to 200,000 years.

Stone artifacts are the only objects that survive from the period according to Yılmaz. “Certainly, they likely used tools made out of other materials, like wood or bone, but stone is more enduring. The tools are used for vastly different purposes – as knives, for digging, for hunting and even cutting hair,” she said.

The Hurrians and Urartians controlled much of modern-day Turkey’s east in ninth century B.C., before the area's conquest by the Medes. The region later changed hands between the Persians, Romans, Seljuks and finally, the Ottomans.