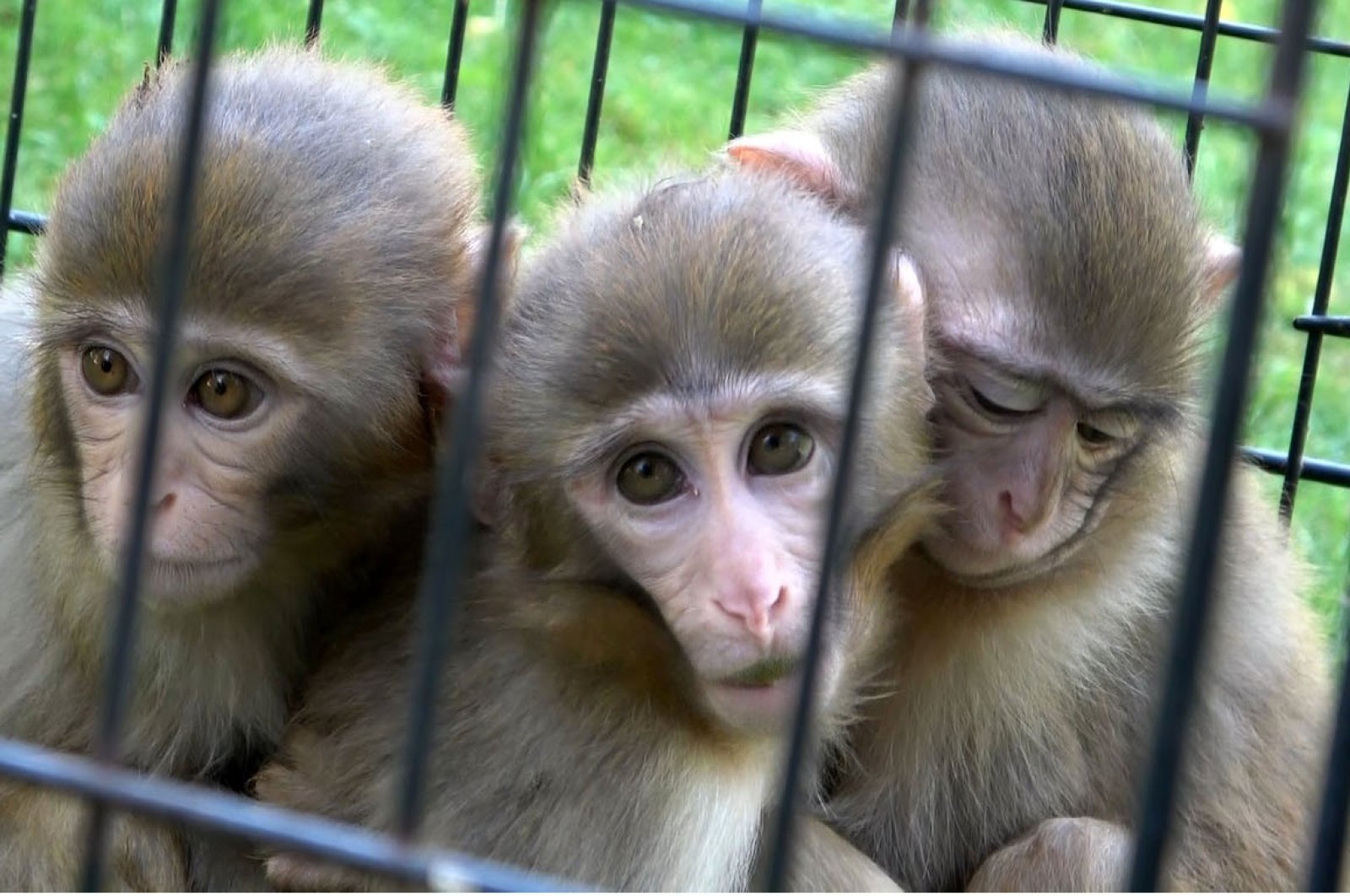 Exhibiting a behavior sorely missed in some members of human species, three monkey siblings do everything they can to care and protect their brother with Down syndrome.

Four orphaned macaque monkeys had recently found a new home at a zoo in Gaziantep in southern Turkey. They were seized during a smuggling operation in Istanbul last month. In the third-largest zoo of Europe, they joined other species rescued from smugglers.

Vets found out one of them was suffering from Down syndrome and zookeepers noticed that the said sibling was always cuddled by others who surrounded it all the time, giving him food. Celal Özsöyler, head of the local wildlife authority of the municipality, says vets discovered one among four monkeys had a longer arm and a different face than others and further examination revealed the monkey’s condition. “The other siblings apparently knew it, and they care for him. They feed him and never leave him alone. We are now waiting for them to grow, and they will join other monkeys here once they are grown,” he said.