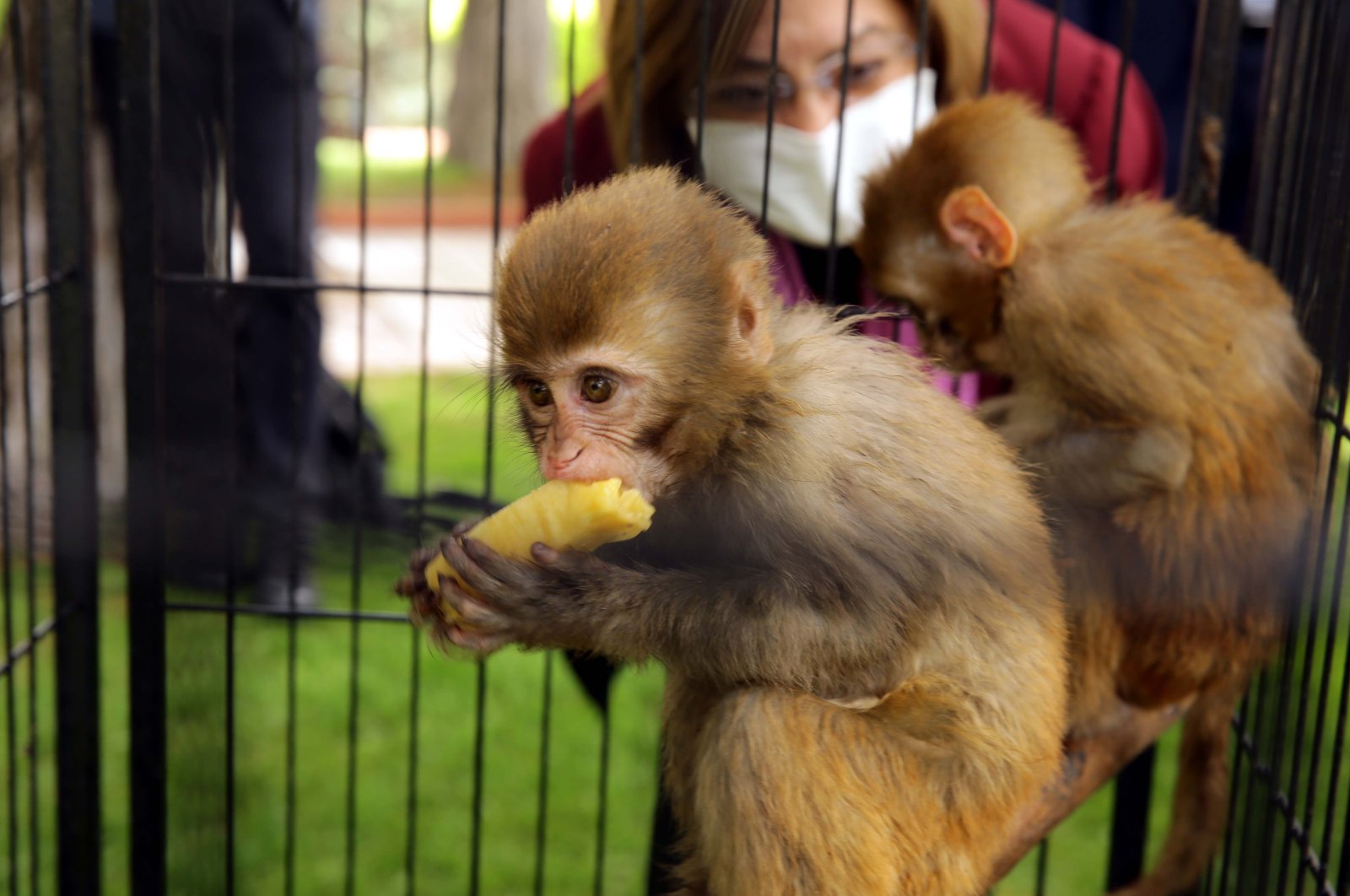 Several smuggled monkeys, lizards and snakes intercepted by Turkish officials at the Gürbulak border gate in Ağrı, eastern Turkey, and in Istanbul finally arrived at their new peaceful home, Gaziantep Zoo, on Monday.

Twelve macaque monkeys were confiscated while being smuggled into the country through the border gate in the province of Ağrı, while officials confiscated four bearded dragons and three snakes from smugglers in Istanbul. The teams of the Ministry of Agriculture and Forestry in Ağrı and Istanbul brought the smuggled animals to Gaziantep Zoo in southeastern Turkey.

"We shoulder a heavy responsibility. We are trying to duplicate the conditions of their natural environment for each animal. Recently, many animals have been recovered from smugglers, including snakes, monkeys ... When animals are rescued, our veterinarians step in to learn about their health. Then, we prepare appropriate conditions for each animal," she said.

The head of the Department of Wildlife Protection and Agricultural Services of Gaziantep Metropolitan Municipality, Celal Özsöyler, said that the animals will be quarantined for a while.

"Each of our animals was tested for health, and blood samples were taken. Some of our monkeys have minor ailments. We will host them in our quarantine centers for a while. Then we will move them to the areas we have prepared for them," he said.

Ranking as the fourth biggest in the world, the second in Europe and the biggest in Turkey in terms of surface area and variety of species, Gaziantep Zoo, located in the southeastern province, hosts a wide variety of animals. It has become one of the most important rescue centers in the region.