Some call her miracle, some hero: 3-year-old girl rescued 65 hours after Izmir quake 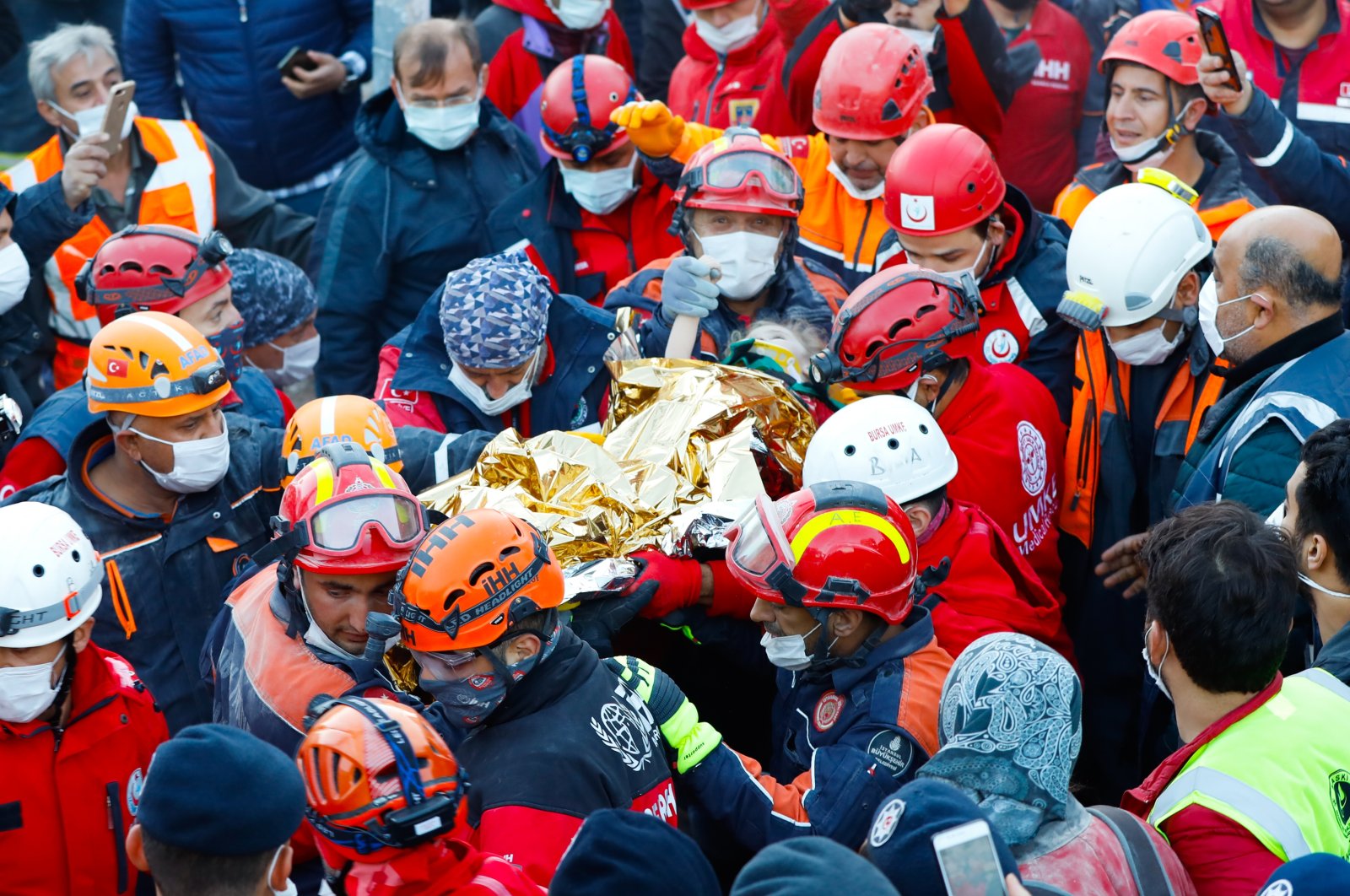 Nearly 65 hours after the seismic event, Elif Perinçek was pulled from debris in the Bayraklı district of western Izmir province.

Elif was the 106th person to be rescued from the rubble and was taken to hospital.

In a Twitter post, Mehmet Güllüoğlu, the head of Turkey's Disaster and Emergency Management Authority (AFAD), expressed pleasure over the rescue of the little girl.

About 23 hours after the quake, Elif's mother Seher Dereli Perinçek and her 10-year-old twin siblings Ezel and Elzem Perinçek, as well as her 7-year-old brother Umut Perinçek, were pulled from the rubble. Umut, however, lost his life, while her mother and other two siblings are under treatment.

Health Minister Fahrettin Koca said the 3-year-old is conscious and is not suffering from serious bruising or broken bones. She is being monitored in intensive care as she was trapped under rubble and could not move for a long time. Both her sisters are doing well, he added.

Speaking to reporters following the rescue operation for Elif, firefighter Muammer Çelik, shared his emotions, saying he thought Elif was dead until she grabbed his thumb.

Çelik is a veteran firefighter who has been working for the Istanbul Fire Department for the last 24 years. He was deployed in Izmir following the earthquake. "I started my shift at 10:30 p.m. last evening and worked with 14 other personnel. On the very same spot, we had already rescued Elif's mother and sisters, and we started looking from there up to the room Elif was in. When we reached it, we saw a space so small that not even Elif could fit and survive. We used hammers to go in there and found her. We cut the iron on top and cleared some space. I asked for a blanket from my team, and there was no movement. She had crumbs of concrete on her face ... I wanted to clean her face, and as I reached out to her, Elif grabbed my thumb, held my hand and did not let it go. I was frozen, and so was another colleague from another rescue team. We started crying together."

Çelik said he took her out together with a coworker and added that Elif did not let go of his finger until they reached the first aid tent.

"If she did not grab my thumb, I'd have considered her dead and wrapped her in a blanket."

"That child deserves to live to the end," Çelik said.

As firefighters, they never lose hope "until the very last moment," he said. "We never lost hope for Elif."

Among the first responders to Elif, Tolga Ünsel, a paramedic from the National Medical Rescue Team (UMKE), told Anadolu Agency (AA) that she was still when they reached her.

At first, we thought she was dead, but later she moved her eyes while we were extricating her from the rubble, Ünsel said. "It was truly a miracle for us.”

After the first responder pulled her from the front of the hole, paramedics later placed her on a trauma board and put a collar on her neck to take her to the field hospital, he continued. "While we were taking her from our first aid tent to our ambulance, she was holding the finger of one of our UMKE members. I mean she was in good condition.

"We also got information from the hospital. She is in intensive care for precautionary purposes," Ünsel added.

As of Monday, 85 had been reported dead from the devastating earthquake while more than 900 people were injured.

Turkey is among the world's most seismically active zones as it is situated on several active fault lines. It has suffered devastating earthquakes in the past as well.