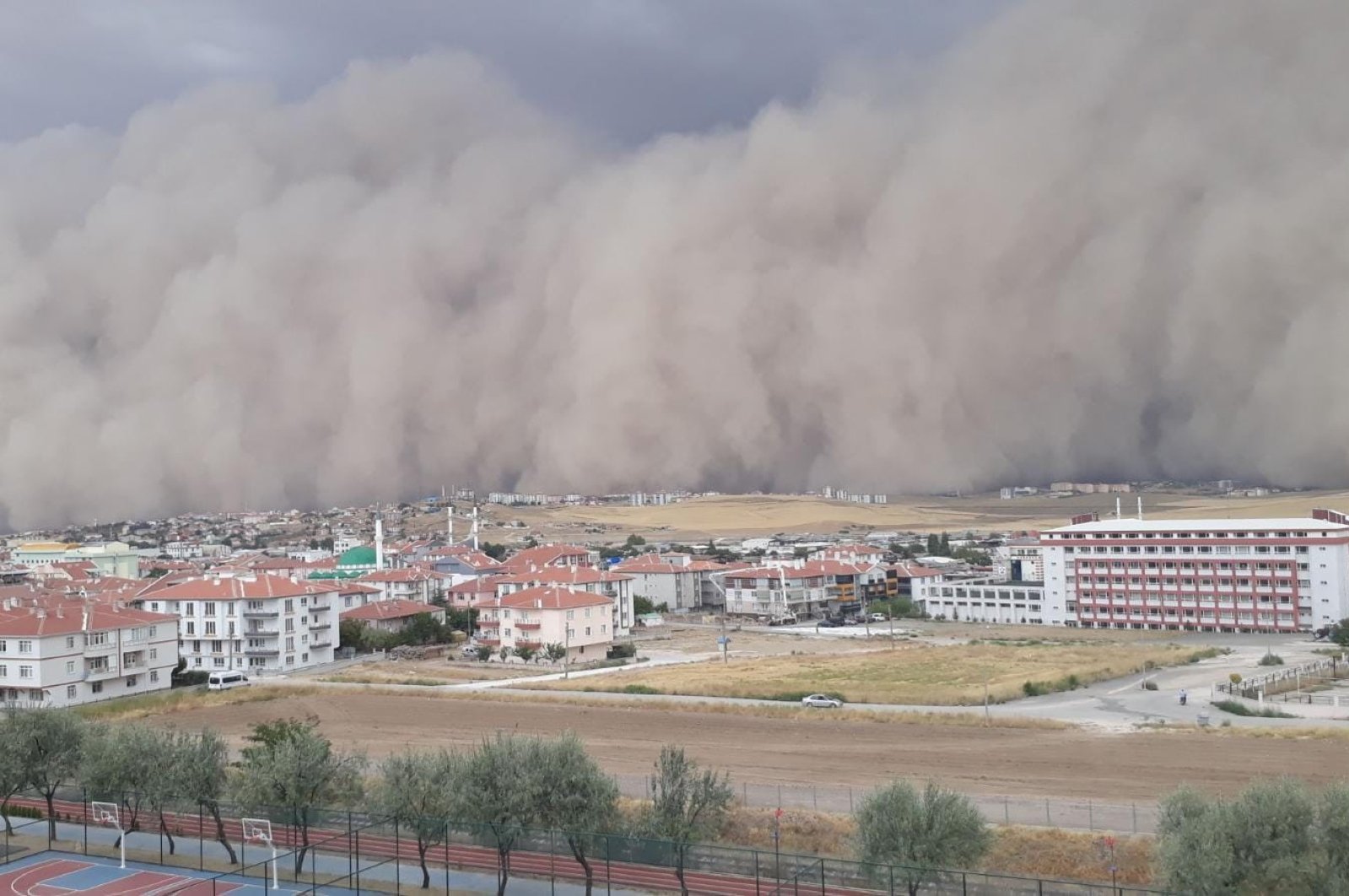 A dust storm in Ankara's Polatlı district began earlier Saturday and has gained strength during the day, disrupting daily life in the capital.

Huge dust clouds formed over the district due to the storm. It destroyed the tents set up in rural areas where agricultural workers stay. It also caused traffic disruptions as the dust storm restricted visibility.

Ankara Governor Vasip Şahin told Anadolu Agency (AA) that there has been no loss of life or injuries among initial reports.