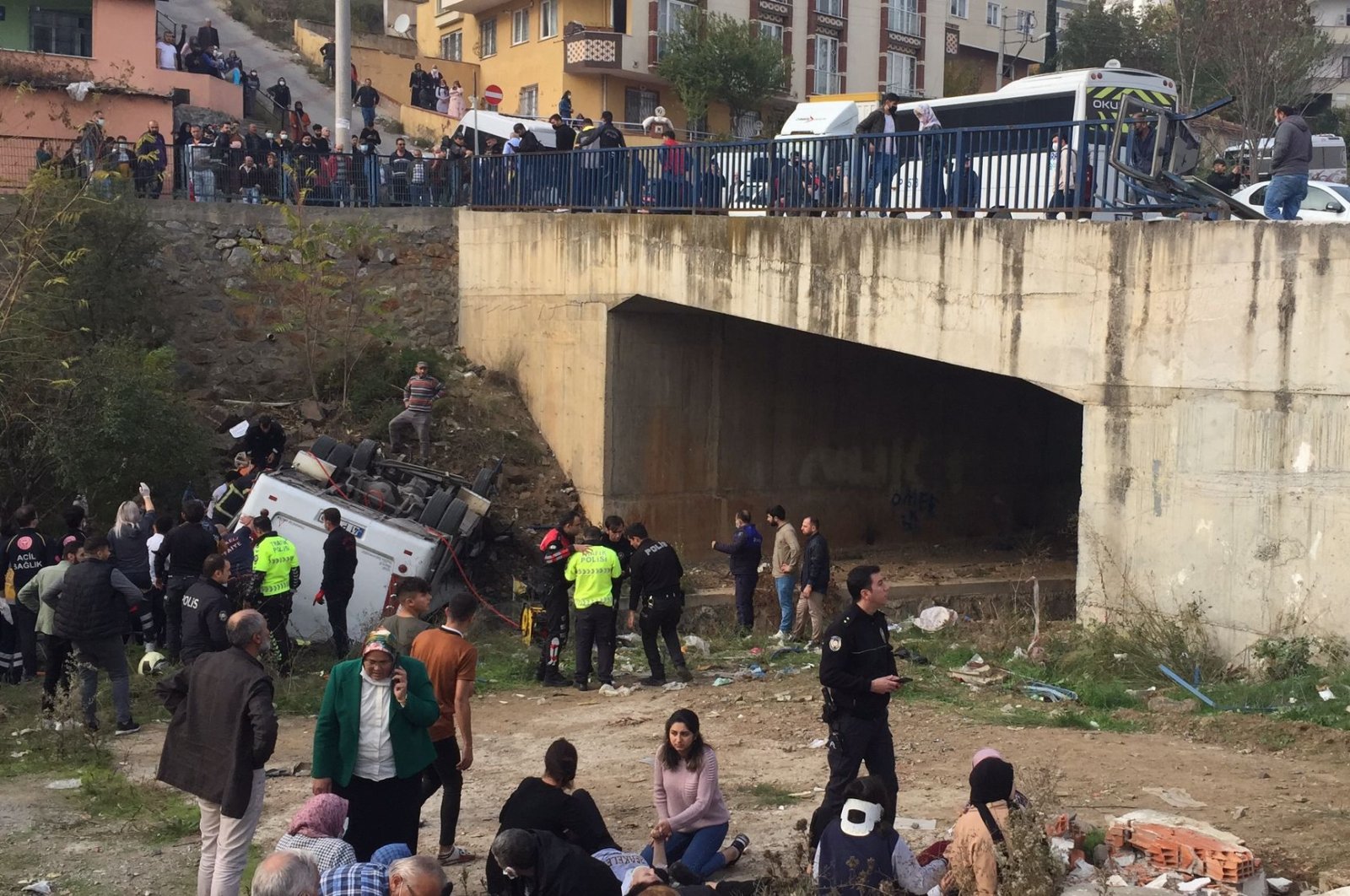 A student shuttle vehicle veered off the road and fell into a creek in the northwestern Turkish province of Kocaeli on Tuesday, killing two people.

The midibus carrying students of the Emlak Konut Anatolian High School in the Gebze district first hit a 51-year-old woman, reports said, and then veered off the road.

The woman and a student died in the accident. Twenty others were injured.

The shuttle driver was stuck inside the vehicle and was rescued by first responders three hours after the incident.