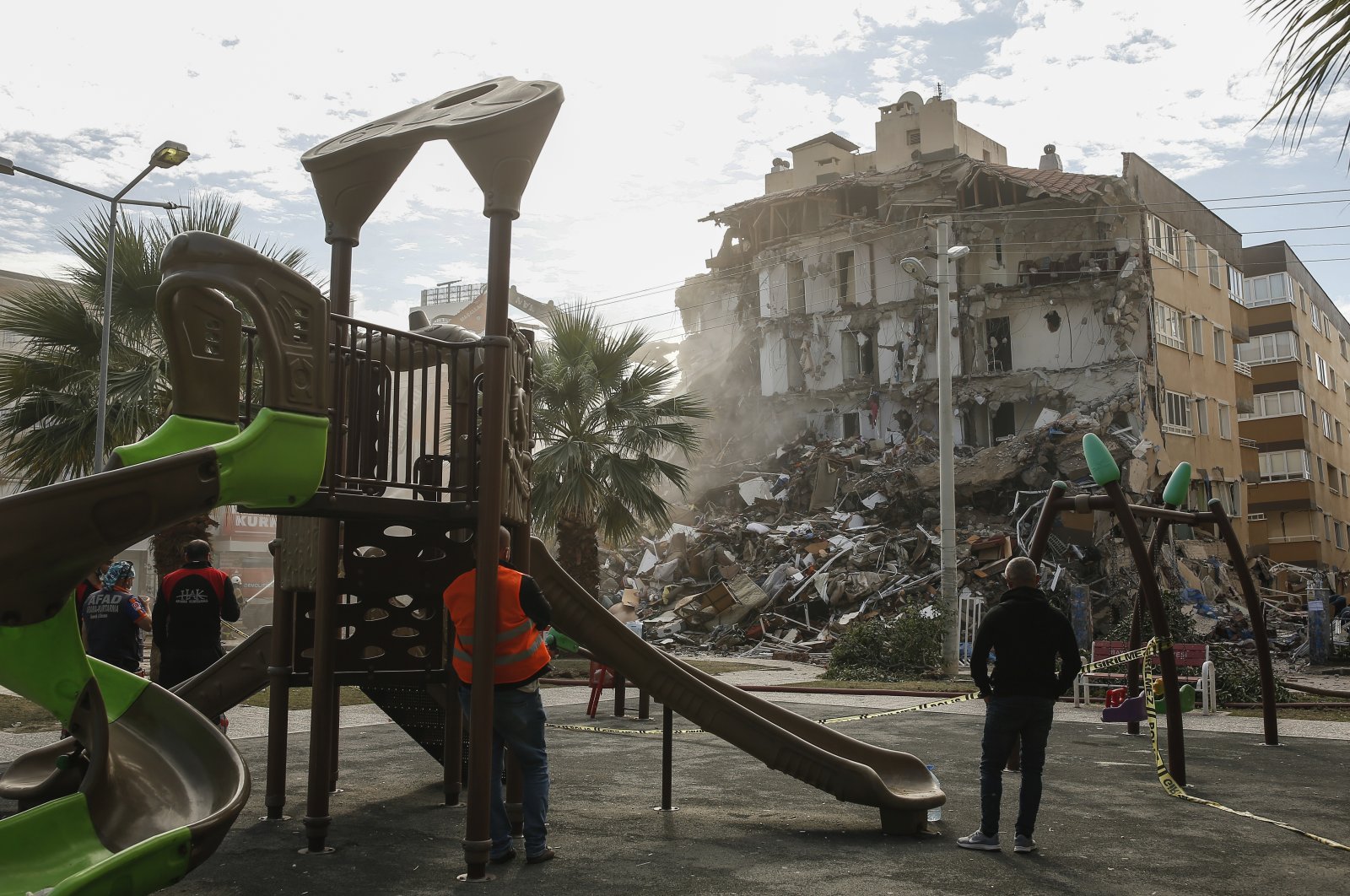 The death toll in the Izmir earthquake continues to increase more than two weeks after the disaster, while a nationwide survey revealed eye-opening details about earthquake readiness across the country

As Turkey continues to mend its wounds from the devastating Izmir earthquake that hit the city on Oct. 30, the death toll in the disaster increased to 116 after one of the hospitalized survivors succumbed to her injuries.

The earthquake that occurred on a Friday afternoon injured more than 1,000 people as it toppled several buildings and critically damaged dozens of others across the country’s third-largest city.

According to the AFAD, 50-year-old Nurcan Hiçyılmaz Tosun was one of the many rescued from under collapsed buildings and she had been receiving treatment at a hospital since then.

Tosun passed away on Friday due to her injuries, the AFAD said, adding that eight other survivors were still being hospitalized.

While Izmir entered a healing process and authorities pledged to do more to prepare for future earthquakes, the disaster heightened awareness and renewed fears over when Istanbul might be hit by a big tremor – one that experts say is not a question of if but when.

And a recent survey revealed that while there was substantial awareness among Turks of earthquakes, much remained to be done in terms of readiness.

The poll, conducted online by NG Research with 2,054 respondents, revealed that the majority of people across Turkey relied on experts talking on television about what to do during and after an earthquake.

According to the poll, 44% of the participants said they depended on experts on TV, while 37% researched what to do themselves. Only 13% participated in actual classes on earthquake readiness, and 6% said they had no idea what to do when disaster struck.

Officials make appearances on screen after a major event or disaster, a longtime Turkish broadcaster tradition, and as a country situated on several active fault lines, the answers they provided were far from surprising.

While it is important to know what to do in the event of a natural disaster, preparedness plays a much more vital role when it comes to earthquakes due to their unpredictable and powerful nature, which can leave a city in ruins at a moment’s notice.

Answering a question of whether their house was inspected for earthquake sturdiness, an overwhelming majority of the participants had no knowledge of the issue.

According to the survey, 42% said no earthquake resistance tests were carried out on their homes, with 38% saying they didn’t know. Only 18% said their houses were earthquake-proof certified, while 2% answered that their buildings failed to pass earthquake inspections.

Experts have been repeatedly warning over the past two decades that making structures resistant to earthquakes is the most important thing, arguing that awareness or readiness mattered little if a building collapsed during the disaster.

While new construction after the Gölcük earthquake has been thoroughly inspected for earthquake regulations, Turkey still has millions of buildings that predate 1999 and efforts to reinforce or rebuild them have been slow.

After the Izmir earthquake, inspectors found many of the buildings that collapsed were either built under old regulations or had their structural integrity severely weakened due to unauthorized modifications after completion.

Another regulation introduced by the government following the Gölcük disaster was the introduction of mandatory earthquake insurance.

Issued by the Turkish Catastrophe Insurance Pool (DASK), the policy pays funds for rebuilding a destroyed house, rather than market value, at affordable prices. Even in cities like Istanbul, where a 100 square meter (1,080 square foot) apartment can cost TL 1 million ($130,000), homeowners are only required to pay around TL 250 ($32) for the insurance.

But despite being made mandatory and having affordable prices, the survey showed that 50% of the participants said they did not have earthquake insurance.

Aside from the buildings, the poll also revealed that a considerable amount of people had no emergency meeting points nearby.

According to the respondents, 52% had a meeting point near their house, while 30% did not, with 18% saying they did not know.

Among the ever-expanding urban sprawls of Turkey’s crowded cities, the disappearance of emergency meeting points has been one of the most voiced concerns of experts.

Experts say the designated areas help survivors avoid debris that might fall from a nearby building. They also argue that the safe areas help control the panic after the initial moments of a disaster by allowing people to gather and find their families and relatives.

The lack of gathering areas and the resulting panic have been a thorn in rescuers’ sides too.

Following major disasters, AFAD authorities and other officials have repeatedly urged people to avoid calling their relatives to check up on them as massive amounts of phone calls overload the mobile communications lines, causing the loss of cellular service and hampering rescue efforts.

The importance of open communication lines was witnessed once again during the Izmir quake when several survivors used their cellphones to alert authorities of their situation.

However, it appears the pleas have fallen on deaf ears, as 50% of the survey's participants said they would call their relatives after an earthquake.

Only 27% said they would use text messages – the method suggested by the authorities to keep the lines open.