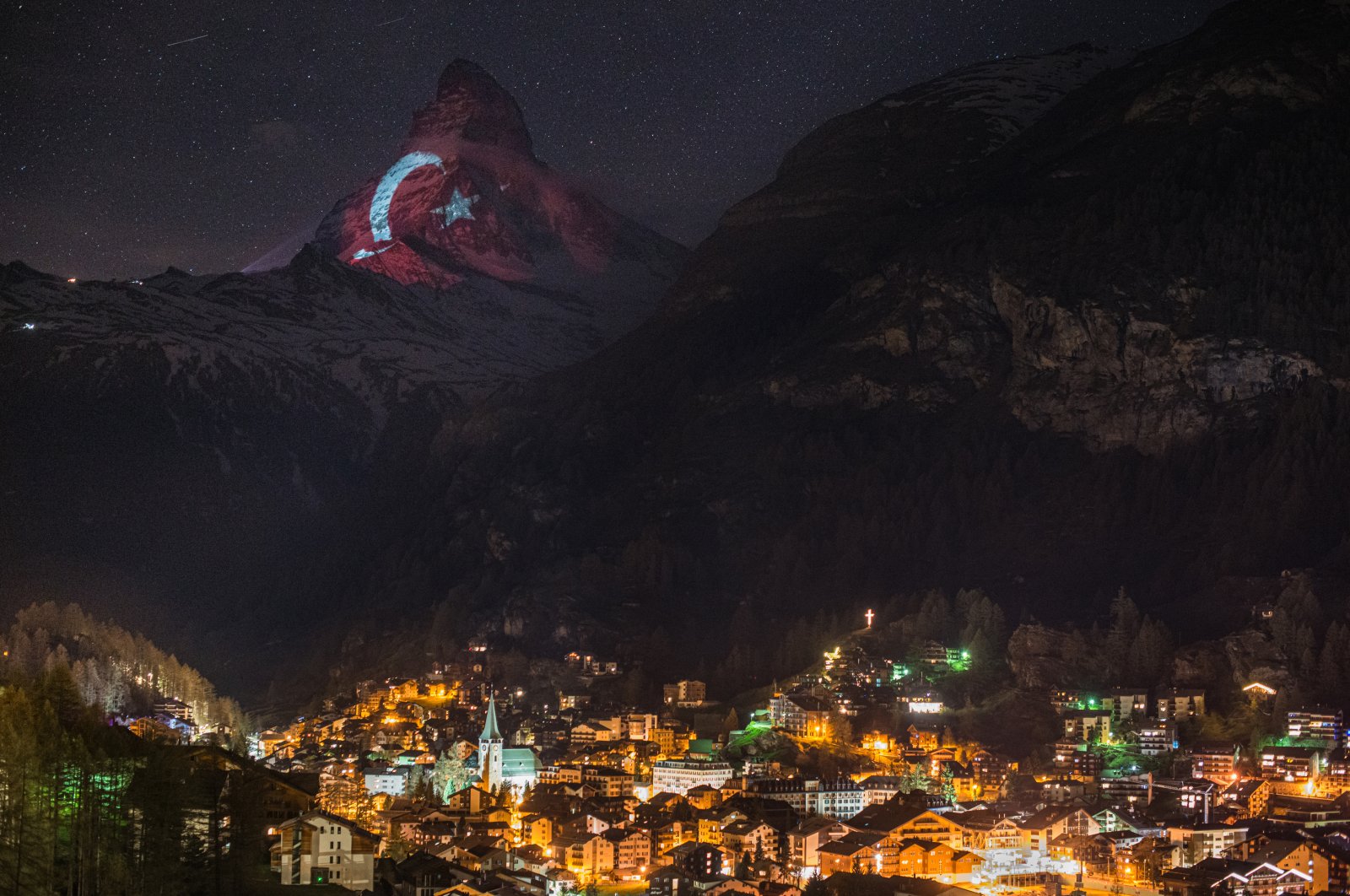 On Saturday night, the Swiss Alps were illuminated with the Turkish flag in a symbol of solidarity with Turkey in the country's fight against COVID-19.

The star and crescent of Turkey's national emblem covered the facade of the iconic Matterhorn, which has been illuminated with the flags of various countries as the pandemic spreads across the globe. The Swiss town of Zermatt has organized the spectacle in a show of support to countries fighting the pandemic that has killed thousands since January.

Abdurrahman Kaan, head of The Turkish Independent Industrialists and Businessmen’s Association (MÜSİAD), said the group's Swiss chapter helped organize the illumination. “Turkey is setting an example across the world in its efforts to counter the coronavirus and its charity (toward other countries),” he said in a statement.