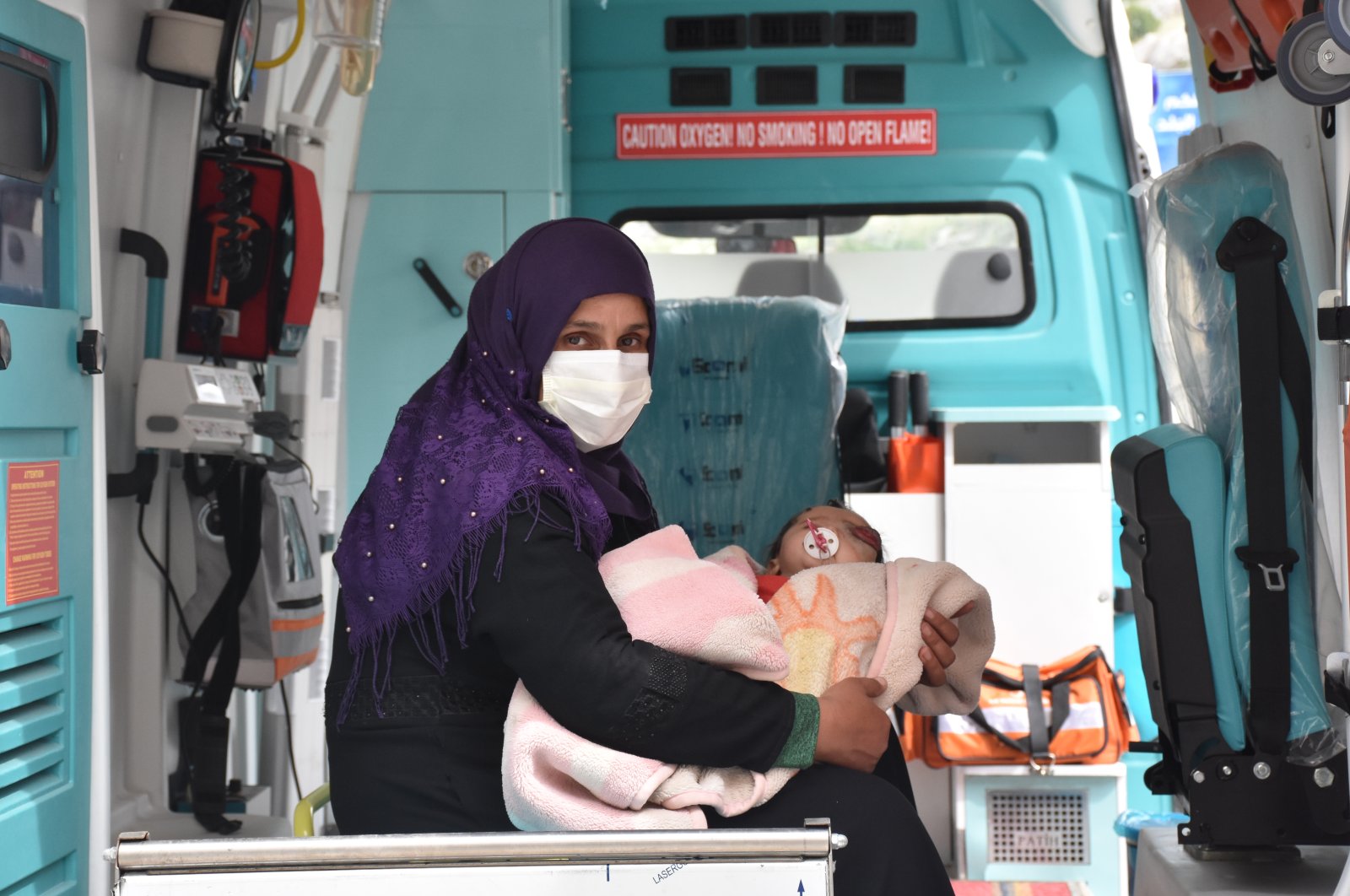 Yusuf and his mother ride in an ambulance sent by the Hatay Governorate to pick them up at the Cilvegözü Border Gate in the Reyhanlı district of Hatay, Turkey, May 3, 2020. (AA Photo)
by Anadolu Agency May 03, 2020 8:30 pm
RECOMMENDED

A Syrian baby suffering from an eye illness was brought to Turkey for medical treatment on Sunday.

Baby Yusuf was born with a blood gland on his eye at one of the refugee camps where displaced Syrians are living in Idlib, northwestern Syria.

The illness threatened to leave his eye blind.

The Hatay Governorship in southeastern Turkey took action to bring the baby and his mother after learning his situation through a report by Anadolu Agency (AA).

Baby Yusuf and his mother Vefa Rammud were taken to Mustafa Kemal University Research and Training Hospital in Hatay.

"My son came to Turkey for medical treatment. I hope he will get well soon and begin to see and walk as other children," the mother said.

"I thank the Turkish Government and Hatay Governorship," Rammud said.

Syria has been locked in a vicious civil war since early 2011 when the Bashar Assad regime cracked down on pro-democracy protests.

In addition to civilian casualties and an influx of asylum-seekers along Turkey's southern border due to the breaches, 34 Turkish soldiers were killed in attacks by the Assad regime and its allies in February.