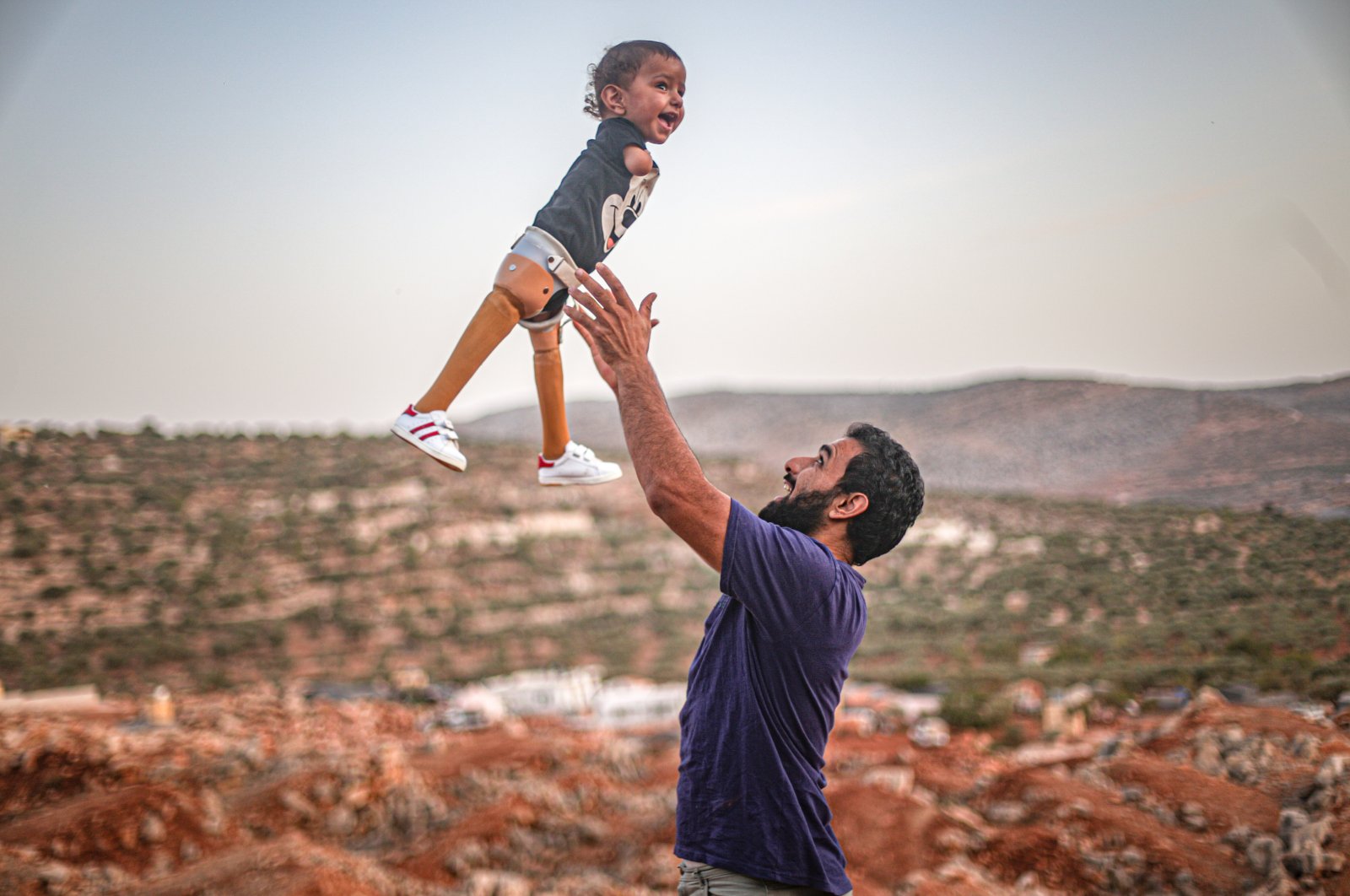 Khaled Misaytif bounces his son Muhammad again, just like in the photo he took at a border crossing. This time, however, the 15-month-old boy has something extra: prosthetic legs. Muhammad, who was born without arms and legs, and his parents returned to their hometown in Syria’s Idlib with new legs on Thursday, expressing joy and gratitude to Turkey.

When Khaled shared the boy’s photos on social media asking Turkey for help, Interior Minister Süleyman Soylu arranged for the family to travel to Hatay, a province bordering Syria, in September. Muhammad was then taken to the capital Ankara to get new implants. After spending seven weeks there where he learned how to stand on implanted legs, he returned to the tent in Idlib that the family took shelter in. The temporary shelter is home to a large population of people displaced due to the ongoing war.

Khaled Misaytif told Anadolu Agency (AA) on Thursday that the first phase of his son's treatment was complete, and the family would return to Turkey soon for follow-up care. “We thank the Turkish government, Turkey’s Disaster and Emergency Management Authority (AFAD) and AA for helping us. We also thank (first lady) Emine Erdoğan for hosting us at the Presidential Complex and supporting us throughout our journey,” he said.

He said his son would get another set of prosthetic legs which he could move. “Muhammad is smiling now, and he feels like other children. He can now play with other children,” the father said.