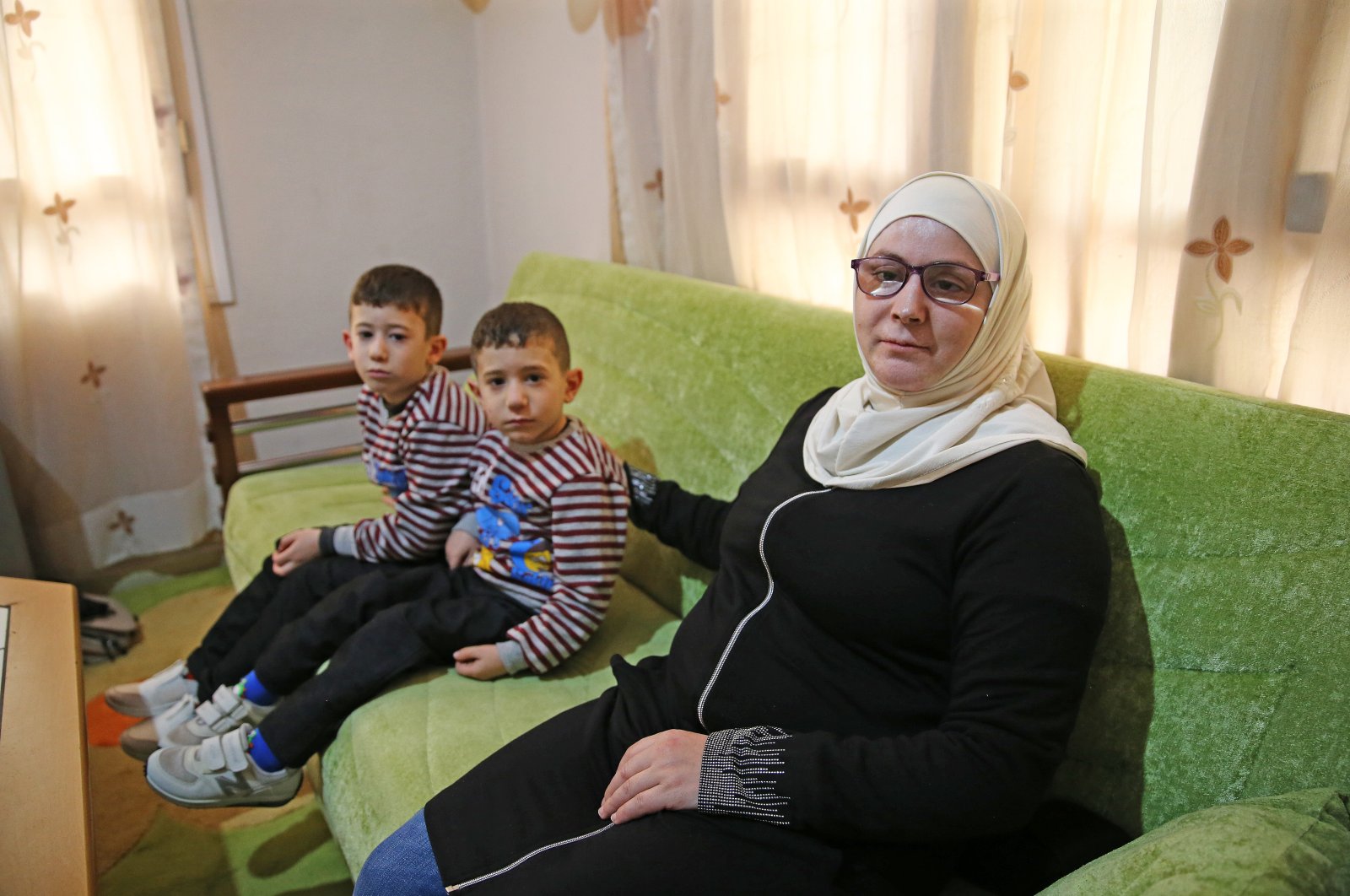 The year 2019 was one of the worst for Fatima Nahas who lived in war-torn Syria. In the eighth year of unrest, which changed the lives of millions in the country, suffering came to her doorstep, too. Nahas was in the bathroom when a barrel bomb dropped by Assad regime forces hit her family’s farm in rural Aleppo. A boiler inside the bathroom exploded and caught fire, leaving the 35-year-old woman’s body in scars and impairing her sight. Nahas and her husband Mazen left for Turkey to undergo surgery to restore her sight and were forced to leave their two sons with their grandmother.

After recovering from more than 20 surgeries in the southern province of Adana, Nahas can see again and her happiness was crowned when she reunited with her children earlier this month after being separated for two years.

The past two years have been spent with constant trips to hospitals in southern Turkish provinces of Adana and Osmaniye for Nahas and her husband, while her children, 4-year-old Muhammad Fateh and 3-year-old Zakaria, resettled in Syria’s Afrin, leaving their devastated farm behind, to live with their grandmother Rafida. Nahas had 12 surgeries for her eye and more than 20 others for scars on her face and body. Her only contact with Muhammad Fateh and Zakaria was through video chat apps. Finally, on Jan. 8, the family arranged a trip for them to the Cilvegözü border crossing between Turkey and Syria. After an emotional reunion, the entire family is now settled in Adana.

“I don’t remember how many surgeries I’ve had here. I have been in and out of surgery rooms as soon as I arrived in Turkey. I was mentally devastated and was always dreaming of my children, thinking of whether I would be able to see them again,” she said as she recounted her ordeal to Anadolu Agency (AA) on Friday. Although she mostly regained her sight, she will need additional surgeries but reuniting with her children gave her the strength to go on. “I was so distressed and crying all the time in their absence. This caused higher blood pressure and doctors had to postpone my surgeries for this reason. They told me it would be better if I had my children here in Turkey,” she said.

Now she tries to catch up with what happened in their lives during the two years apart and wants to ensure that they have a good education. With more surgeries to go, Nahas also hopes her mother can live with them and take care of her children while she is in the hospital.

“I was so desperate when I came here. I didn’t know whether I would go back to my old life but people here are very helpful. I received support from (the Turkish charity) Humanitarian Aid Foundation (IHH) and of course, I am grateful to my doctors,” she added. Her husband Mazen says Fatima will undergo six more surgeries and stressed that doctors “did a lot” though they were almost certain that she would never be able to regain her sight. Mazen, an academic who worked at the faculty of law in Syria before the war, lost “many children” during the war, referring to his students who were killed in bombings. “Then, I was separated from my own children. They stayed in Aleppo for a while but we were worried because the attacks were intense there. Thank God, we are together again,” he said.

Mazen said he feels “alive” again after reuniting with his sons. “Everyone here was very good to us. May Allah bless them. We never felt like we were in another country. My wife’s doctor saw her like his own daughter and promised to heal her. They always kept our spirits high,” he said.